NEW ORLEANS -- The home stretch of the New Orleans Pelicans' season has become a virtual proving ground for their new superstar frontcourt. By turning to small ball to start the fourth quarter, the Dallas Mavericks forced Pelicans coach Alvin Gentry into an early inflection point.

Earlier this month, the Pelicans countered the Charlotte Hornets' smaller lineup with one of their own, sitting new star center DeMarcus Cousins for most of the fourth quarter and the entire overtime period, and earned a much-needed win.

After the usual bout of Boogie Ball to start the fourth Wednesday, Gentry swapped Anthony Davis for Cousins. But Cousins went right back in after a minute of rest and remained there for all but the waning seconds.

"We're not going to be a team that takes out our bigs just because they're playing a small lineup," Gentry said. "I don't understand that anyway. We're going try to take advantage of what we have versus what they're trying to do offensively by having a smaller lineup in there."

The Pelicans held on for a 121-118 victory, one that moves them a half-game ahead of the Mavericks on the fringes of the race for the eighth and final playoff spot in the Western Conference. But the struggles down the stretch weren't lost on the Pelicans' principals.

"It was an ugly win," Cousins said. "We're better than that, especially defensively. Don't get me wrong, I'm happy about the win. That's all that ever matters. But I also know we could have done a lot better job and made the game easier on ourselves."

Much of the consternation centered on the defensive end. The Mavericks shot 66.7 percent from the floor and 55.6 percent from 3 in the fourth quarter and outscored the Pelicans 35-32.

“They did a really good job of finding the matchups that they wanted,” Pelicans forward Solomon Hill said.

Hill pointed to one late series where Cousins was on Dirk Nowitzki, and Yogi Ferrell was able to hit Nowitzki for the score. The Pelicans then switched Cousins onto 6-foot-8 small forward Dorian Finney-Smith, Hill said, and the Mavs responded by running a lob play for Finney-Smith.

"We just have to be able to talk and communicate with one another, and just chasing," Hill said. "Having DeMarcus and AD chase guys, I think that's different than what they're accustomed to."

"Terrible communication," Cousins said. "Getting lost on switches, not switching. It all comes down to communication. We did a terrible job of that toward the end. We can't continue to have those type of mistakes."

But the trade-off is putting two of the most gifted scorers in the league together in one offense. Davis had 30 points and 13 rebounds, and Cousins finished with 29 points, 16 rebounds and six assists, marking the third time in their 14 games together -- and second time in a row -- they both have scored 29 points or more.

"That's why we stay with it," Hill said. "We know what we can get on the other end."

Gentry said the Pelicans struggled at times in the fourth quarter in hitting Cousins on the first look after he had sealed off his defender in the post. (Jrue Holiday, for what it's worth, attributed such plays to a desire to avoid turnovers, of which the Pelicans had just six.) But the Pelicans are starting to see signs of progress on some of the nuances that Gentry said recently are usually worked out in training camp.

"They for sure have a groove," Holiday said. "They pass to each other kind of like they've done it before. I think it's a lot easier when you see coming off a screen one person diving and one person popping. [They're] definitely figuring that out. It's just making it easy. They're both so dominant.

"In the post, you don't know whether to double on [Cousins], or AD's kind of open because he has a smaller guy on him or less athletic. If not, Boogie finds people and passes it out."

Davis, in particular, has proved of late how lethal he can be on the offensive end, with or without his new All-Star running mate. Wednesday marked Davis' fourth game in a row in which he had at least 30 points and 13 rebounds, the first time an NBA player has done so since Shaquille O'Neal in 2000. Afterward, Gentry again lamented how the Pelicans' poor record is the only thing keeping Davis from MVP consideration. 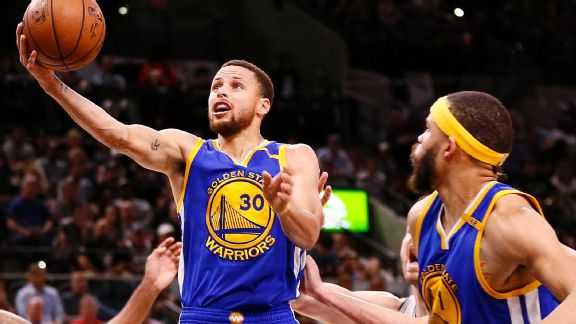 Stephen Curry and the Warriors seem to have the No. 1 seed in hand.

Check out the team site for more game coverage

Check out the team site for more game coverage

While their partnership has hardly been an instant success -- certainly not Jordan "Instant Grits" Crawford level -- the benefits have certainly shown of late. The Pelicans were a team-high plus-12 with Cousins and Davis on the court together, with a plus-24.3 net rating. Since the win over the Hornets 10 games ago, the two-man lineup has a plus-12 net rating in eight appearances.

"I'm seeing new defensive schemes that I've never seen in my career before," Cousins said. "I know it's the effect of AD, and vice versa."

While the end of the regular season has become more of an in-season training camp than the full-throttle push back into the postseason that the Pelicans hoped for when they struck their blockbuster trade during the All-Star Game, Cousins said he's already looking forward to a real training camp in order to "build something special."

"I know it's a small-ball era, but it's not traditional big men," Cousins said. "I think we can use that to our advantage, especially when it's small ball. I think we have a chance to change things, change the style of basketball that's going right now."