North Dakota State looks to bounce back after a baffling blowout loss, Deion Sanders and Jackson State face the first test of the season, and newly anointed No. 1 James Madison has a chance to prove its ranking.

CAA football became the latest domino to tumble in college football, announcing on Friday it will not have a conference schedule this fall because of concerns over the global COVID-19 pandemic.

Skyler Davis kicked field goals from 29- and 35-yards out in the fourth quarter, the second with 41 seconds remaining, to lift Elon to a 25-23 come-from-behind win over Towson in the season-finale Saturday afternoon.

Joe Fagnano passed for 320 yards and two touchdowns, Earnest Edwards caught five passes for 153 yards and a score, and Maine beat Elon 31-17 on Saturday for its third straight victory.

Owen Wright ran into the end zone in the fifth overtime to give William & Mary a 31-29 victory over Elon in a wild finish on Saturday.

Joey Baughman had just four carries in the game with two of those going for touchdowns as Elon took control in the third quarter to roll over Rhode Island 38-13 to grab its second straight win on Saturday.

Evan Horn and Oleh Manzyk each scored on an interception return in the first half and New Hampshire shut out Elon in the second for a 26-10 victory on Saturday.

Latrele Palmer and Solomon Vanhorse ran for two scores each, part of James Madison's six rushing touchdowns, as the Dukes rolled past Elon 45-10 on Saturday.

Jamie Newman completed 27 of 35 passes for 351 yards and five touchdowns, and Wake Forest eased past Elon 49-7 on Saturday at BB&T Field.

Davis Cheek threw a career-high five touchdown passes to five different receivers, Shamari Wingard returned a kickoff 96 yards for a score and Elon beat Richmond 42-20 on Saturday in the Colonial Athletic Association opener for both teams.

Jaylan Thomas ran for 135 yards and two touchdowns and Brelynd Cyphers' fourth quarter scoring run lifted Elon to a 35-28 victory over The Citadel on Saturday.

Noel Ruiz, who missed twice earlier in the fourth quarter, drilled a 52-yard field goal as time expired, lifting North Carolina A&T to a 24-21 victory in a season opener against Elon Saturday night.

James Madison has hired Elon University's Curt Cignetti as its next head coach. Cignetti went 14-9 with two FCS playoff appearances in two seasons with Elon and has a 67-26 overall record as a college head coach. He replaces Mike Houston, who left for the top job at East Carolina. Cignetti also been an assistant for five FBS programs, most recently as Alabama's wide receivers coach from 2007 to 2010.

CAA Football set an FCS playoff record by getting in six teams on the bracket, but North Dakota State's dynasty will be pursuing an even bigger mark in the 24-team field.

An Elon University football player has died after falling from a 10-story dormitory on the campus of the University of North Carolina at Chapel Hill.

Behind a dominant defense and an offense that wasn't there last season, the Demon Deacons kicked off Year 2 of the Dave Clawson era in fine fashion. 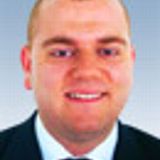 John Wolford has 323 passing yards on the night, marking his first career 300-yard game. The sophomore has tallied 4 total TDs, too, as Wake Forest leads Elon 41-3 with 8 minutes left.