Howard head coach Ron Prince resigned in the wake of allegations of verbal abuse and intimidation of his players.

Quinton Williams hit Michael Cornwell on an 8-yard touchdown toss in the final seconds of the game and Howard then held off a Morgan State charge to claim a 20-15 victory on Saturday.

Howard coach Ron Prince has been placed on administrative leave as the school continues investigating allegations of verbal abuse and intimidation of players.

Jordan Freeman scored early in the final quarter and Latrell Collier added a final touchdown run as North Carolina Central got off to a slow start before rolling over Howard 28-6 on Saturday.

Juwan Carter passed for 375 yards and four touchdowns and rushed for 56 yards and two more scores as Norfolk State rolled to a 49-21 victory over Howard on Saturday.

Harvard rolls to 62-17 win over Howard

Caylin Newton threw for two touchdowns, ran for another score, and Howard beat Delaware State 24-9 in a Mid-Eastern Athletic Conference opener and gave Ron Prince his first victory as head coach of the Bison.

Deondre Francois led Hampton to a 41-20 win over Howard at the Chicago Football Classic on Saturday.

Mike London will replace retiring Jimmye Laycock at William & Mary as coach of the Tribe football team, the school announced Monday. London has coached at Richmond and Virginia, and spent the past two seasons coaching at Howard.

William & Mary is hiring Mike London as its next coach, sources tell ESPN. An official announcement is expected later Monday. Football Scoop first reported the move. London has spent the past two seasons at Howard University, going 11-10. He went 27-46 in six seasons at Virginia and now returns to the Colonial Athletic Association, where he guided Richmond to the FCS national title in 2008. He replaces Jimmye Laycock, who is retiring after 39 seasons at William & Mary. 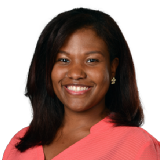 Caylin Newton: "Coach told us this is the last loss." The Howard University quarterback shared his thoughts on the team's 31-38 loss to Kent State, and how the team will improve going into next week's game against the University of Richmond.