Every time I put up a new mock draft (look for our newest one on Tuesday), I get a lot of feedback from readers who wonder how I put it together and how it differs from the Top 100.

This is how it works: Both pieces are reported pieces. In other words, I talk with NBA scouts and executives to get a sense of: 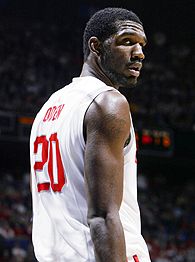 B. What the consensus is among all 30 NBA teams about who the best players in the draft are (Top 100).

I use the word consensus lightly. Often, even NBA GMs and scouts employed by the same team can't agree on their internal rankings of players.

"I fight with my scouts constantly," one prominent GM told me. "Everyone has their own ideas, their own preferences, their own methodology. There really is no consensus and, I hate to say it, I'm not sure there's even any real right or wrong."

Obviously both lists are imperfect because the draft is a bit of an inexact science. NBA teams do more than just watch prospects play games. They work out players, give them psychological tests, do background checks and conduct personal interviews. All of this factors into the process and could change opinions.

Factor in the ranking wars with another age-old debate -- do you draft for need or for the best player available -- and it's no surprise that the draft can be so volatile. Many teams take into account holes at certain positions (i.e. the team has no small forward) or coaching/system preferences (i.e. the Suns draft players who can fit into Mike D'Antoni's up-tempo shoot-first-ask-questions-later system) when making their decisions.

To make sense of disparate rankings and debates over team needs, several teams who have been very successful in the draft employ what I call a "Tier System" of ranking players. Instead of getting an exact order from one to 60 of the best players in the draft, they group players, based on overall talent level, into tiers. Then, the team ranks the players inside each tier based on team need.

This system allows teams to draft not only the best player available, but also the player who best fits a team's individual needs.

So what do the tiers look like this year? After talking to several NBA GMs and scouts who employ this system for their teams, I've put together these tiers. (Because the teams do not want to divulge their draft rankings publicly, the teams have been left anonymous.)