Next year's draft doesn't have the sex appeal of this year's draft. There are no Greg Odens or Kevin Durants. 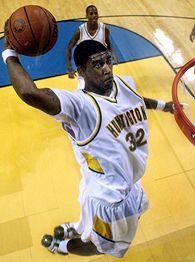 But the '08 draft might be richer in point guards than any draft in a long while. Led by Memphis' Derrick Rose and USC's O. J. Mayo, we have nine point guards ranked in our top 30.

The center crop also seems enticing. With Florida's Marrese Speights as the top-ranked center, eight of our 30 slots in the first round are occupied by centers.

But the forward position is terrible. We only have three power forwards and four small forwards in our top 30 at the moment.

To see how everyone stacks up, check out the Top 100 for 2008 -- a draft lacking somewhat in star power, but very, very deep.