FRISCO, Texas -- It wasn't a contract extension for Dak Prescott or Ezekiel Elliott or Amari Cooper, but Jaylon Smith's seven-year deal with the Dallas Cowboys that was signed Tuesday allowed owner and general manager Jerry Jones to feel happy.

"Y'all have been badgering my ass to get a contract done for the last three weeks. This is a contract story," Jones said. "And this is a contract story that is not just this year or not just next year, this has it all. It has overcoming. It has talent. It has rewarding an ambition. Or it just has the beginning of what ambition will get you in the future. That's the biggest, most exciting thing about this."

When the Cowboys took Smith in the second round of the 2016 NFL draft, they did not know if he would be able to come close to the level of player he was while at Notre Dame before suffering a significant knee injury that included nerve damage. Fourteen months into his time with the Cowboys, Smith could not lift his right foot without the aid of an orthosis.

After missing his rookie season, Smith has played in 32 straight games with 22 starts and signed a five-year extension that is worth $64 million and includes $35.5 million guaranteed, according to Cowboys executive Stephen Jones.

"You took a risk, a $4.5 million risk, had I never been able to play again," Smith told the Joneses, who were sitting next to the linebacker at the news conference. "So me understanding that, it was my duty for them to get the return on their investment. They've been able to do that. And now I'm fortunate enough to really be a Cowboy for life, [which] is what I want. I'm thankful to be here, for sure."

Smith also shared his thoughts on his long journey back from injury on social media on Tuesday.

3 and a half years ago on Jan 1st, 2016,
Tears in my eyes,
My life changed forever.
I embraced each moment.
I had a focused vision, determined belief and now I have earned one of my dreams!  #ClearEyeView | #DallasCowboys pic.twitter.com/xqNDGFNSFS

Almost immediately, however, the question became: When will the Cowboys sign their three Pro Bowl offensive stars?

Stephen Jones said the talks with the agents for Prescott, Elliott and Cooper have increased more than what they had while in Oxnard, California, for the first portion of training camp. He is "very optimistic" deals can be worked out for all three.

"It just takes getting in the ballpark, then usually these things roll," Stephen Jones said.

The Cowboys have made offers to Prescott, Elliott and Cooper that would rank in the top five in terms of average per year at their positions. Stephen Jones said the talks with Smith took a week and a half to finish and believes it would not take long to get the others signed if they had earnest discussions.

Smith's deal does not directly impact how much the Cowboys can pay Prescott, Elliott and Cooper, but, Jerry Jones said, "There's less pie, make no bones about it."

"I wouldn't say (plenty of pie is left)," Stephen Jones added. "We've obviously got a feel, and we still do want to get Amari and Zeke and Dak signed. That's still huge for us. Very optimistic. I know they're no different than Jaylon. They want to be here. They want to be Cowboys. I still stand by we want to get them contracts that they're having their happy moment like (Smith) and it's still good for the team."

From the start of training camp, if not earlier, the Cowboys have been consistent in preaching they want to do deals that allow them to keep their core players together for the long term.

Best of: Zeke Who? 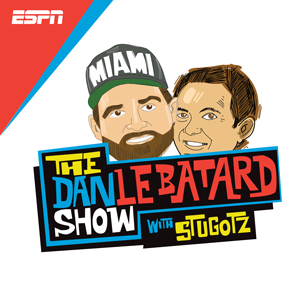 Dan, Stugotz and Greg Cote talk to Clearance Hill Jr. about the overlaugher from the "Zeke Who" clip, Weekend Observations, Dennis Rodman's Top-10 crazy facts and much more. Listen now!

After the Cowboys' preseason win against the Los Angeles Rams in Honolulu in which rookie running back Tony Pollard had 51 total yards and a touchdown, Jones joked, "Zeke, who?" Elliott's agent, Rocky Arceneaux, told ESPN's Chris Mortensen that he and his client found the joke "disrespectful."

Jones has not talked to Elliott since the joke, but added, "Look, I've earned the right with Zeke to joke. Period. I've earned it."

The Cowboys believe Smith earned this extension. In the past two seasons, he has been credited by the coaches with 249 tackles. Last season, he was second on the team in tackles to go along with four sacks, five tackles for loss, 13 quarterback pressures, four pass breakups, two forced fumbles and two fumble recoveries.

"He has never complained," Jerry Jones said. "He has never wavered, never missed a workout, and he's never quit. Not one time. He is admired by his teammates. He is admired by the people he competes against. His story is one that I would have done anything to be sure that it could be a Dallas Cowboys story."