Final NFL rookie rankings: Micah Parsons leads our top 10 -- and only one QB makes the list

We ranked the top rookies for the 2021 season. Which QB made the top 10? Who are the next-best defenders behind Micah Parsons? And who just missed the list?

Will Russell Wilson or Aaron Rodgers leave their teams? Could a big-name coach make a surprising decision? What will the NFC East teams do at QB? Execs help us look to the future.

The Falcons head into the offseason with many areas of concern, chief among them wide receiver, pass rusher and the salary of Matt Ryan in 2022.

NFL overhaul tiers: Which teams will look most different in 2022?

We stacked NFL franchises from those in need of a teardown to those that just need a few tweaks. What are each eliminated team's outlook and offseason priorities?

Which player recorded the fastest time while scoring a TD this season? Who had the quickest sack? Next Gen Stats has the answers.

Why the Atlanta Falcons should keep QB Matt Ryan for 2022

Despite having the biggest cap hit of any quarterback in the NFL, Ryan is probably the Falcons' best option at the position.

Who were the NFL's best players this season? The highest-graded at every position, plus surprises and top rookies

The Falcons' leading rusher is set to head into NFL free agency later this year, but he already has made his preference clear.

Gronk, Brady, Jones and other NFL players who cashed in (or fell short) with incentives

Some players hit their marks for bonuses, while one player fell one sack short of $1.25 million.

2021 NFL season in review: What went wrong, what's next for non-playoff teams

The Jaguars fired their coach and have the draft's No. 1 pick, and the Browns missed the playoffs, again. What's next for non-playoff teams in 2022?

Some final numbers for the Falcons -Point differential of minus-146, ahead of Jets, Giants, Houston & Jacksonville. -TD differential of minus-22, tied with Houston and ahead of Jacksonville. -Worst sack rate in the league (3.12 percent) while allowing sacks on 6.98 percent of pass attempts (No. 20 in the league). -Atlanta ranked in the Top 10 in FG percentage (93.1 — 3rd). The Falcons ranked in the bottom five in 13 stat categories, including rushing yards per game (85.4) & play (3.69).

2022 NFL regular-season opponents for every team

Who will your favorite teams face in 2022? Here's a look at every franchise's home and road opponents for next season. 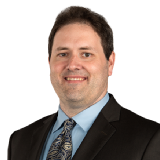 Kyle Pitts' 176.6 PPR fantasy points are the fourth-most by a rookie tight end in NFL history. One can only imagine what that total might've been had he had greater fortune in the touchdown column.

Saints 30, Falcons 20: Atlanta's season ends the way so many of its games against better-than-average NFL competition ended this season -- with a double-digit loss. Atlanta was good in close games -- 7-2 in one-possession games, something Arthur Smith mentioned after Sunday's loss -- too often it just couldn't hang with teams that had more talent. And that was the story of Smith's first year, something the Falcons are hoping to fix in Year 2.

— Trevor Siemian and his New Orleans teammates saw their playoff hopes end not on the field, but in their locker room.

Saints 24, Falcons 6: Another potential playoff team, another seemingly bad rout against the Falcons. There's still 30 minutes to go, but Atlanta's offense has been stagnant (69 yards) and defense has been a sieve (242 yards allowed). Nothing is really working and the Falcons are 30 minutes from heading home for the next few months potentially with another Top 10 pick for next season's draft.

The final week of the NFL regular season is here. Our reporters have the latest on the health of key players entering the weekend.

Here's how Buccaneers' Tom Brady, Packers' Aaron Rodgers and more can cash in

What's there to play for in Week 18? For several players there is big money to be had for achieving such incentives as snaps, sacks, receptions and team performance.

Barnwell: The nine best acquisitions of the 2021 NFL offseason -- and the 2022 versions of each

The Colts traded draft picks for Carson Wentz, but his contract is a bargain if he plays this well. Plus, keep an eye on these 2022 free agents.

NFL Power Rankings: Packers back on top, plus New Year's resolutions for all 32 teams

Russell Wilson and the Seahawks need to be better on third down, while Harold Landry III and Justin Herbert should get raises from the Titans and Chargers.

The 2021 NFL Thrill Index: We ranked the 32 walk-off winners from most to least exciting

There have been more walk-offs this season than in any other season since the merger in 1970.

Despite missing the playoffs, the Atlanta Falcons and coach Arthur Smith have something to build on

The Falcons lost badly to the playoff teams on their schedule and beat the teams with worse records than them. A first-year coach could do worse.

Falcons running backs coach Desmond Kitchings is leaving the team to take over as the offensive coordinator at the University of Virginia.

Week 17 takeaways and big questions: What huge wins mean for the Patriots, Bengals and Bills

The Patriots put up 50, while the Bengals clinched the AFC North and the Bills secured a playoff spot. Here's what to know from Week 17 in the NFL.