Even before Julien Gauthier got to the NHL, he was a fascination to many NHL teams.

"Every year at the scouting combine, there are players everyone is curious about," said one NHL team exec. "In 2016, one of those guys was certainly Julien Gauthier. He was a late birthday and already played for Canada at World Juniors and three years in the [QMJHL], so he's a guy we had seen a lot of. But what stood out was his unique background."

Gauthier's father, Martin, is a bodybuilder who was named Mr. Canada in 1984. Gauthier's grandfather, Denis, was a professional wrestler and Mr. Canada in 1964, as well as a runner-up for Mr. Universe. Gauthier's uncle, Denis Jr., played 554 games as an NHL defenseman. But league evaluators were equally fixated on the fact that Gauthier's grandfather married Joanne Rougeau, a member of one of Canada's most famous wrestling families whose brothers were the 1980s World Wrestling Federation tag-team duo the Fabulous Rougeau Brothers.

Gauthier, who was 6-foot-4 and 224 pounds at age 18, began lifting weights when he was 9 thanks to a robust home gym. According to Martin Gauthier, his son was able to squat 405 pounds by his late teens. "And not quarter squats," Martin said. "Really decent, full, squats with good form. With four plates on each side. He could do four, five reps."

When Julien Gauthier arrived at the scouting combine, it's all anyone wanted to discuss with him.

"Everyone knew working out was my thing," he said. "So that's what they focused on." As he fielded question after question about his body, Gauthier served back a stock response: "I don't lift weights to look good without a shirt on. I train to be powerful and strong at hockey."

The Carolina Hurricanes drafted Gauthier at No. 21 overall in 2016. The power winger scored 43 goals in his first two seasons with their AHL affiliate in Charlotte, however he didn't make the NHL roster out of training camp last season. According to sources, the team wanted him to round out his defensive game.

"It was hard, because I was ready to make the team; I felt like I was ready for it," Gauthier said. "It was hurtful, but I had two choices: You complain or you put your head down and you dig deeper."

Gauthier scored 26 goals in his first 44 games with the Checkers last season, which helped the Hurricanes to trade his rights.

In February, Gauthier was sent to the New York Rangers in exchange for Joey Keane, one of the Blueshirts' top defensive prospects. For Gauthier, it was a lifeline, a chance to make a name for himself as an NHL player.

The Rangers have engineered a full rebuild, with only one player, Chris Kreider, remaining from their 2014 Stanley Cup Final team. New York has one of the youngest rosters in the NHL, brimming with talent and positioning the Rangers to be sustained winners over the next several years. However, one area they deeply struggled with last season was depth scoring.

Enter Gauthier. At age 23 -- big and powerful, with a shoot-first mentality, decent speed and a strong power-play net presence -- he is a compelling breakout candidate for next season and will get a prime opportunity in New York's middle six. Despite the uncertainty of the 2020-21 season, Gauthier is preparing as he always has: following a program created by his father.

When Martin Gauthier first introduced his son to the gym at age 9, they began with twice-per-week sessions, 40 minutes at a time. "I showed him how to train slowly," said the elder Gauthier, who is now a chiropractor. "He really picked it up. After that, it was a matter of discipline, and he always had the discipline to continue."

At school, everyone knew about Julien Gauthier's famous family.

"The Rougeau Brothers were really popular in Quebec," he said. "When they were wrestling, there were four [main] channels, like the Weather Channel and wrestling, so people always watched them." Gauthier viewed old matches on the internet, as well as some featuring his grandfather (who quit wrestling in 1975 to open a gym).

While Gauthier loves wrestling, he never had interest in doing it himself; the same goes for bodybuilding. Hockey was always his passion, so his father adjusted the workouts accordingly.

"I've been training for 40 years, I'm also a chiropractor and studied biomechanics, so it was kind of easy for me to know what he needs," Martin Gauthier said. "Let's say you were a dancer. I could come up with a program for you in a few hours based off what you're doing and what you need."

While Martin Gauthier's bodybuilding workouts were all about pumping as much blood as possible into the muscles, he designed programs for his son to work on explosiveness in his skating and on-ice movements, adding in cardio and agility exercises. He also preached the importance of smart food and rest. While teammates would snack on chips or sugary drinks after games, Martin Gauthier would always meet his son at the rink with dried fruit and nuts.

Julien Gauthier signed with CAA Hockey, and agents typically help players find offseason trainers with whom they'll work. Pat Brisson at CAA determined that if Martin Gauthier could train his son this well this far, he should continue.

Julien Gauthier said he typically takes 10 to 15 days after the season to relax. Other than that, it's extremely rare for him to take a day off from the gym. "I try to do something every single day during the season," he said. "Even if it's like 15 to 30 minutes."

In Charlotte, it was not uncommon for coaches to see Gauthier in the gym, alone on an off day, doing power cleans. Gauthier said his transition to New York was easy, in part because his temporary housing was attached to a gym. According to his father, in his off time Gauthier likes to go fishing and eat at fine restaurants. According to Gauthier himself, he really likes to meal prep. Perhaps the biggest shame of his career not working out in Carolina is that he never got to work out with Canes coach Rod Brind'Amour, another famous gym rat. 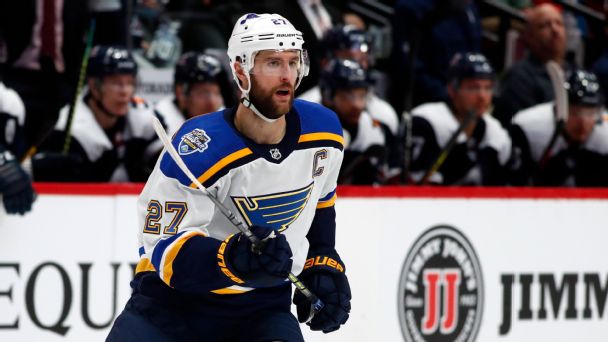 Gauthier had a bit of a whirlwind following his trade. He played 12 regular-season games for the Rangers before the shutdown, then three more in the play-in round, coincidentally against the Hurricanes. After that, it was back to his home province of Quebec to get ready for 2020-21.

Once Quebec went into a second set of restrictions due to the COVID-19 pandemic, Gauthier knew he wouldn't be able to access the rink or gym to train properly, so he made alternate accommodations before he heads to New York in December. Gauthier is currently preparing for the season by renting a condo, by himself, in Sarasota, Florida.

He said he excited to properly introduce himself to Rangers fans after just a 15-game preview last season. A self-produced scouting report, Gauthier said, "I'm a big guy that can skate and shoot. I go really hard to the net; that's my thing. I try to hang around the net as much as possible, crash the net hard, play physical, and that's pretty much it."