After ending their 30-year wait for a league title in style, Liverpool are hoping to usher in a brave new era of dominance with a suitably smart kit to match.

The first offering of their new long-term partnership with Nike, the Reds' 2020-21 strip is fresh and modern while drawing heavily from their past, specifically the mid-1990s.

The traditional red shirt has been accented with teal and white trim, along with an oversized V-neck collar -- all informed by similar elements found on Liverpool kits from 1993 to 1996.

The particular shade of teal is also deliberately reminiscent of the colour of the Liver Bird statuette that sits at the top of the famous Liver Building in Liverpool, overlooking the city from its lofty perch. 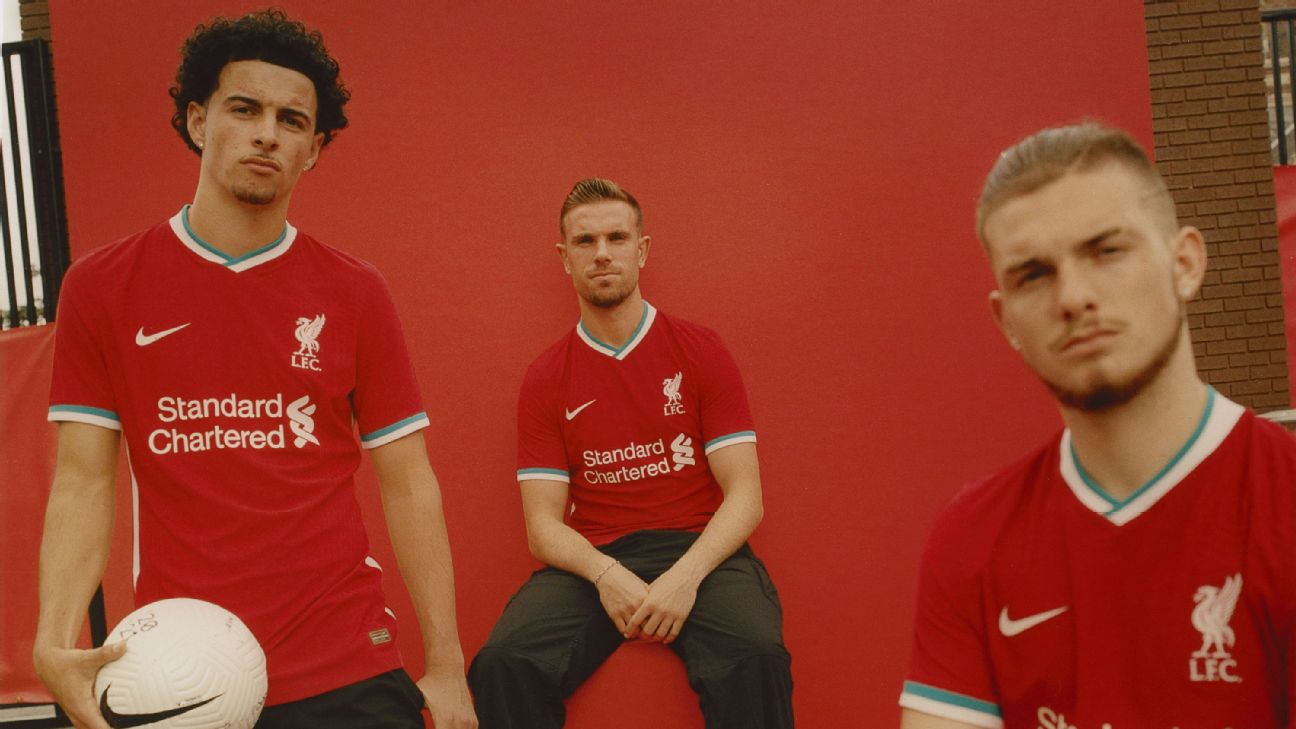 And to further celebrate the kit launch, Liverpool are working in conjunction with Red Neighbours -- their own in-house community foundation -- to donate 100 home kits to underprivileged youngsters from 25 schools in the Anfield area.

In further Liverpool news, a new documentary is to air next week charting manager Jurgen Klopp's outstanding rise to the pinnacle of both English and European football.

Entitled "Jurgen Klopp: Germany's Greatest Export," the show covers the story of the affable coach's humble playing career at Mainz right through to his trophy-laden managerial successes with both the Reds and Borussia Dortmund.

Our documentary on Jurgen Klopp for @Channel4 goes out Monday 10pm, following his amazing journey from little-known footballer to saviour of @LFC. Interviews with @kennethdalglish, Steven Gerrard and @officialbarnesy👍
More here: https://t.co/UJ6UL1mpnA#MakeItHappen pic.twitter.com/sn9g6TdR1X

Fans will hear from a glut of Liverpool legends including Steven Gerrard, Sir Kenny Dalglish and John Barnes as they wax lyrical about the man responsible for delivering a league title to Anfield for the first time in three decades.

An hour long, the documentary will air at 10 p.m. BST in the UK on Channel 4 this Monday night.