Juventus stars including Cristiano Ronaldo have unveiled their new third kit for 2020-21, and it's hardly what you'd call easy on the eye.

The Italian giants have previous when it comes to retina-troubling alternate strips -- last year they foisted a blotchy pink mess of a warm-up kit upon an unsuspecting public.

Juve's latest third strip is described by manufacturers Adidas as a "bold orange," and it is the first time the club has had a jersey in that colour in their entire history.

There is no explanation for the splodgy, quasi-camouflage pattern, which gives the impression that the shirt should be held at arm's length at all times on health and safety grounds, but the overall concept is in line with Juve's tradition of always "looking to surprise and delight fans with unexpected ideas," apparently. 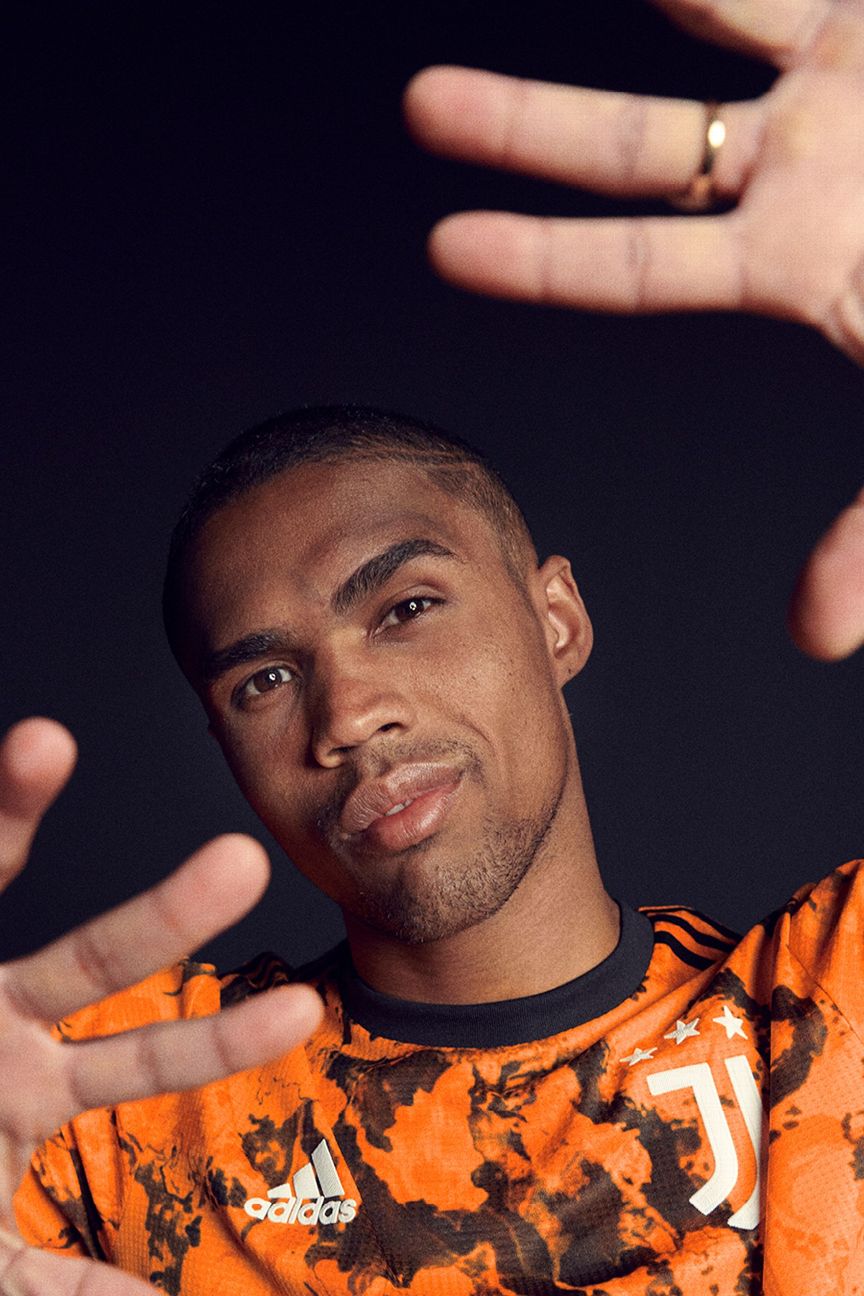 Several players were roped in to model the gaudy new uniform, though Douglas Costa did his best to physically repel it. 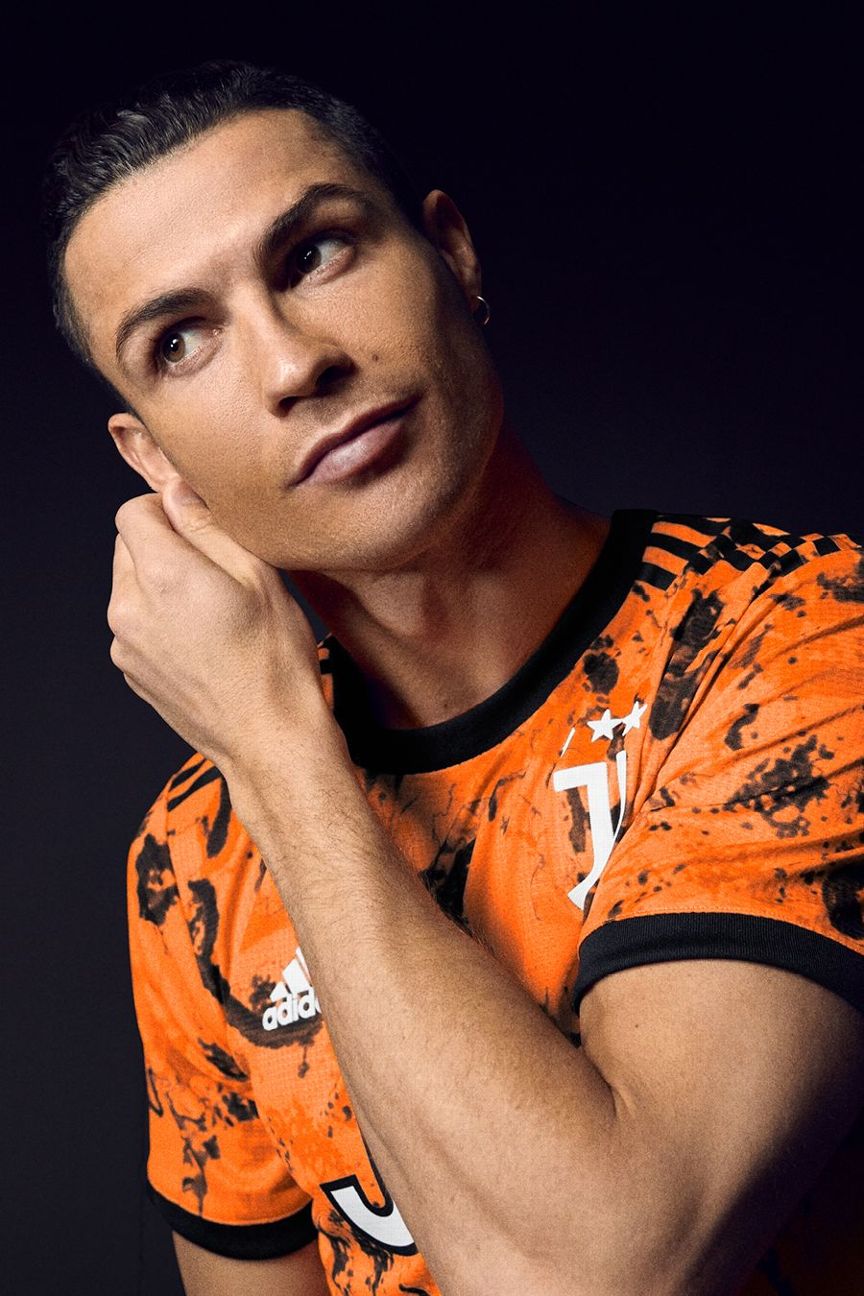 Ronaldo appeared to signal that the shirt was so loud it was actually damaging his ear drums. 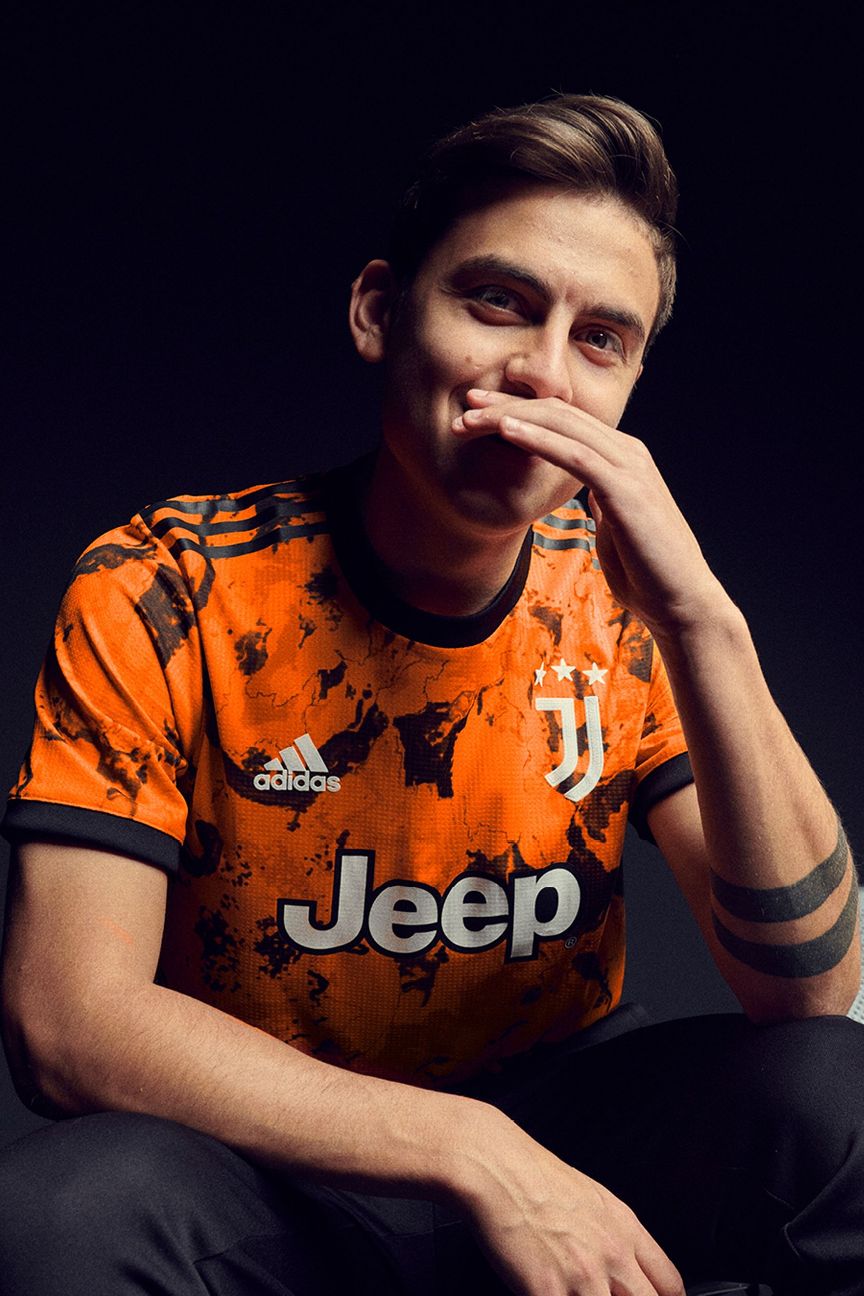 Meanwhile, Paulo Dybala was left wondering what the funky odour was. 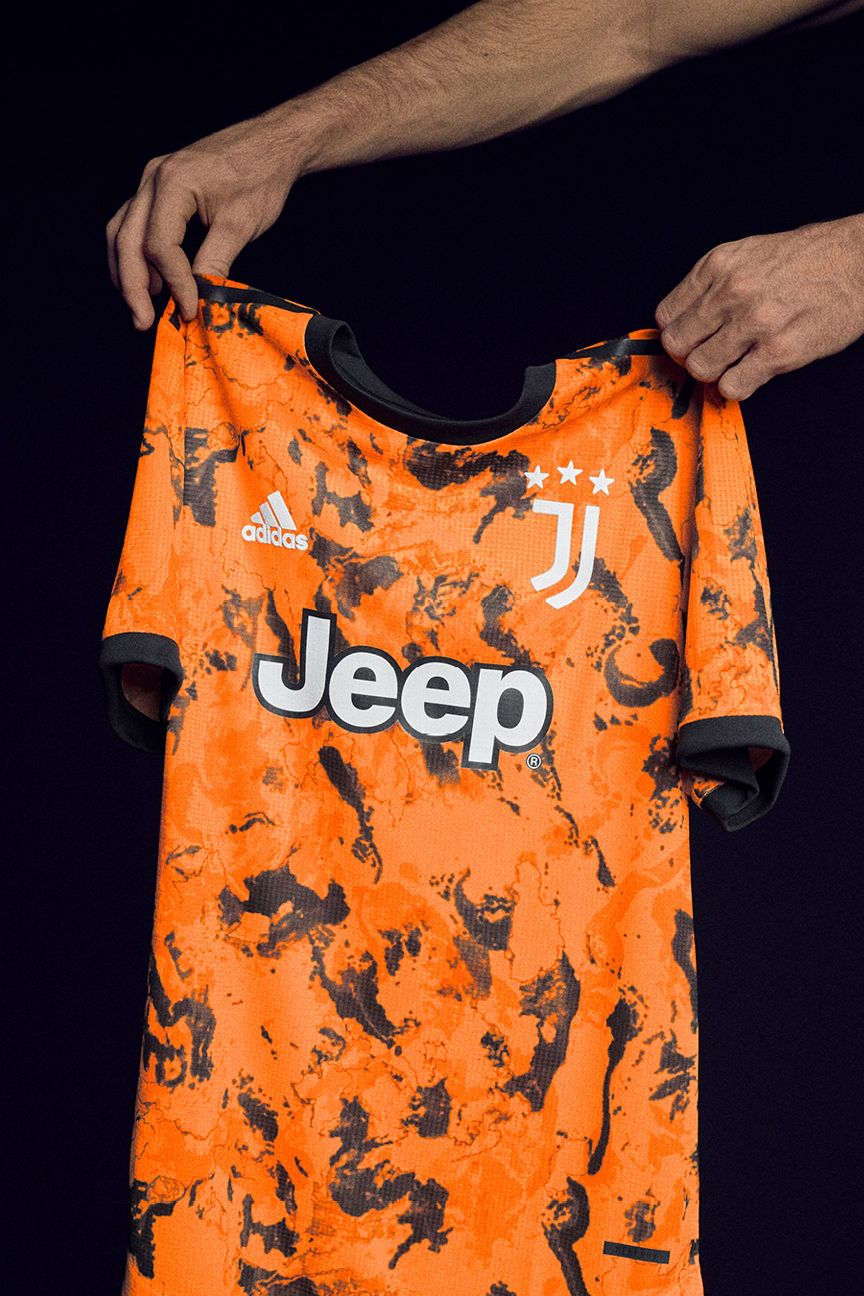 As with Juve's new home and away shirts, the third is inspired by modern art and serves as an expression of the club's "confidence and vibrance."

Who's going to tell them that it actually resembles the aftermath of a mass spillage at a paint factory?

Tottenham Hotspur's big behind-the-scenes "All or Nothing" docuseries is set to launch on Amazon Prime next week. Cameras followed Spurs through the various fluctuations of their 2019-20 campaign -- the season in which they sacked Mauricio Pochettino, hired Jose Mourinho and, of course, all football was suspended for several months due to a global pandemic.

In the build-up to the show's release, Amazon released a rather charming video of Spurs stars Dele Alli, Harry Winks, Davinson Sanchez and Giovani Lo Celso opening up the costume box and messing around for a photoshoot.

In the official trailer, we are given a glimpse into Mourinho's man-management style along with the incredible revelation that the often dour Portuguese boss does actually crack a smile from time to time.

Mourinho was forced to deliver coaching sessions via group video call during lockdown and while not ideal from a tactical standpoint, it would appear the physical separation from his team was by far the toughest aspect.

- Mourinho really doesn't like it when people say 'Jose' wrong 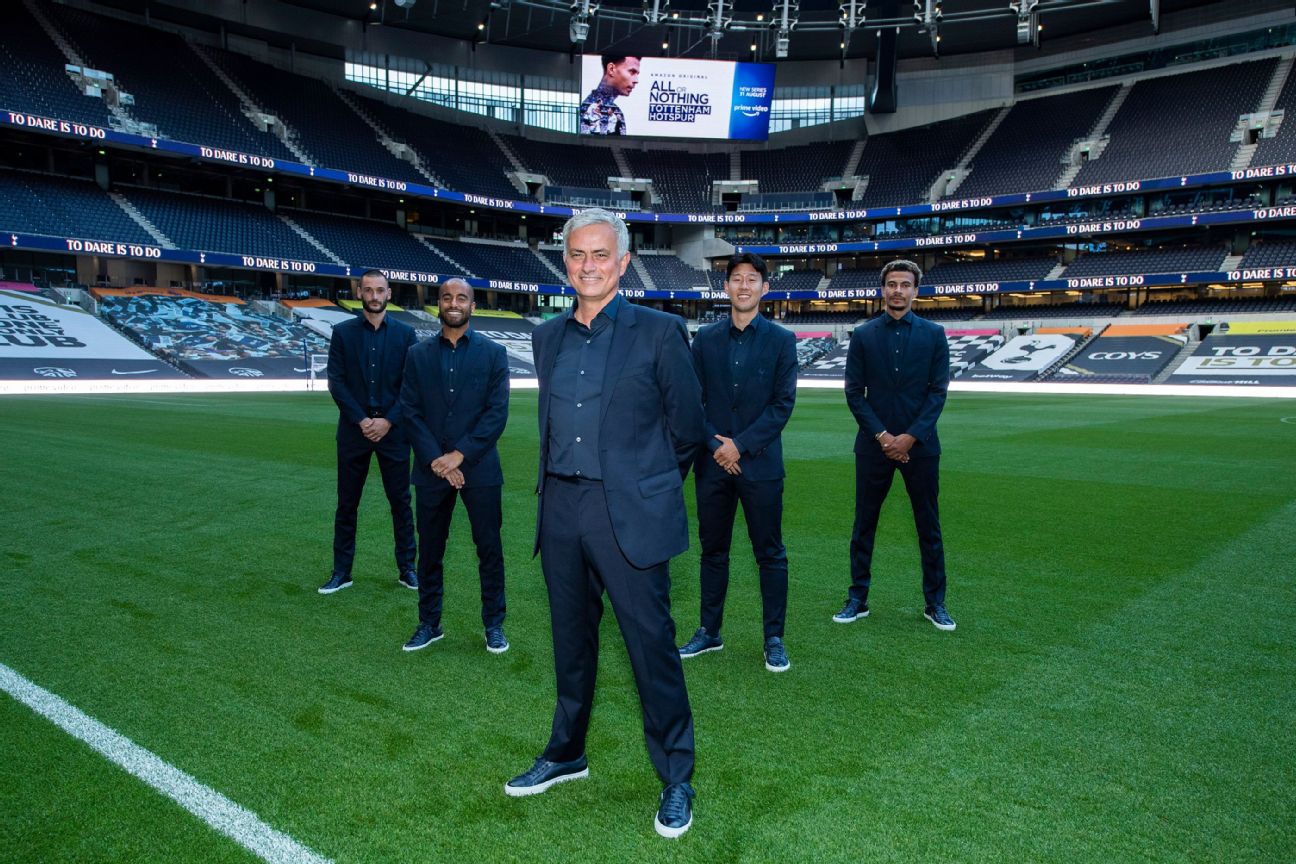 "I missed [them] the players more than anything," Mourinho admitted during a live Q&A event held at White Hart Lane this week to promote the launch of "All of Nothing." "I always said that this is a group of good guys, which has not always been the case in my long career - it was easy to fall in love with the team."

So he is capable of human affection after all. The old softie.

The sentiment was echoed by Spurs teammates Alli and Son Heung-Min, who appeared alongside their manager at the live Q&A.

"When Mourinho speaks to you, you listen every time, he put me in a good place, and gives me something to work towards," Alli said.

Son added: "We are all like family -- when I get an injury and I don't get to see them and I miss them so much"