Shirt numbers can be a very precious thing. Just ask Birmingham City, who decided to retire their No. 22 after Jude Bellingham moved to Borussia Dortmund this summer .. despite him playing only 41 league games for the Blues. It's fair to say other clubs have shirt numbers that have earned such a level of respect.

Bayern Munich have just announced they are entrusting two of their most vaunted shirt numbers to Serge Gnabry and new signing Leroy Sane.

The pair will wear the No. 7 and 10 jerseys respectively, thus taking up the mantle of beloved Bayern duo Franck Ribery and Arjen Robben, both of whom left the club last summer.

It signals a changing of the guard at the Allianz Arena, specifically out on the flanks where Gnabry and Sane will be charged with living up to the legends.

Leroy Sane and Serge Gnabry have taken over the No. 10 and No. 7 shirts at Bayern Munich.

"Robbery" will be a tough act to follow and if history has taught us anything, some iconic shirts are harder to fill than others.

Often cited as the most weighty of all shirt numbers to inherit, it's safe to say that the denizens of United's No. 7 have been a mixed bag over the years.

Put simply, for every George Best*, there's a Memphis Depay. For every Cristiano Ronaldo, there's a Luis Antonio Valencia. For every David Beckham and Eric Cantona, there's an Angel Di Maria and Alexis Sanchez.

(*Best actually wore the No. 11 shirt for United more often than not, but you get the point we're making) 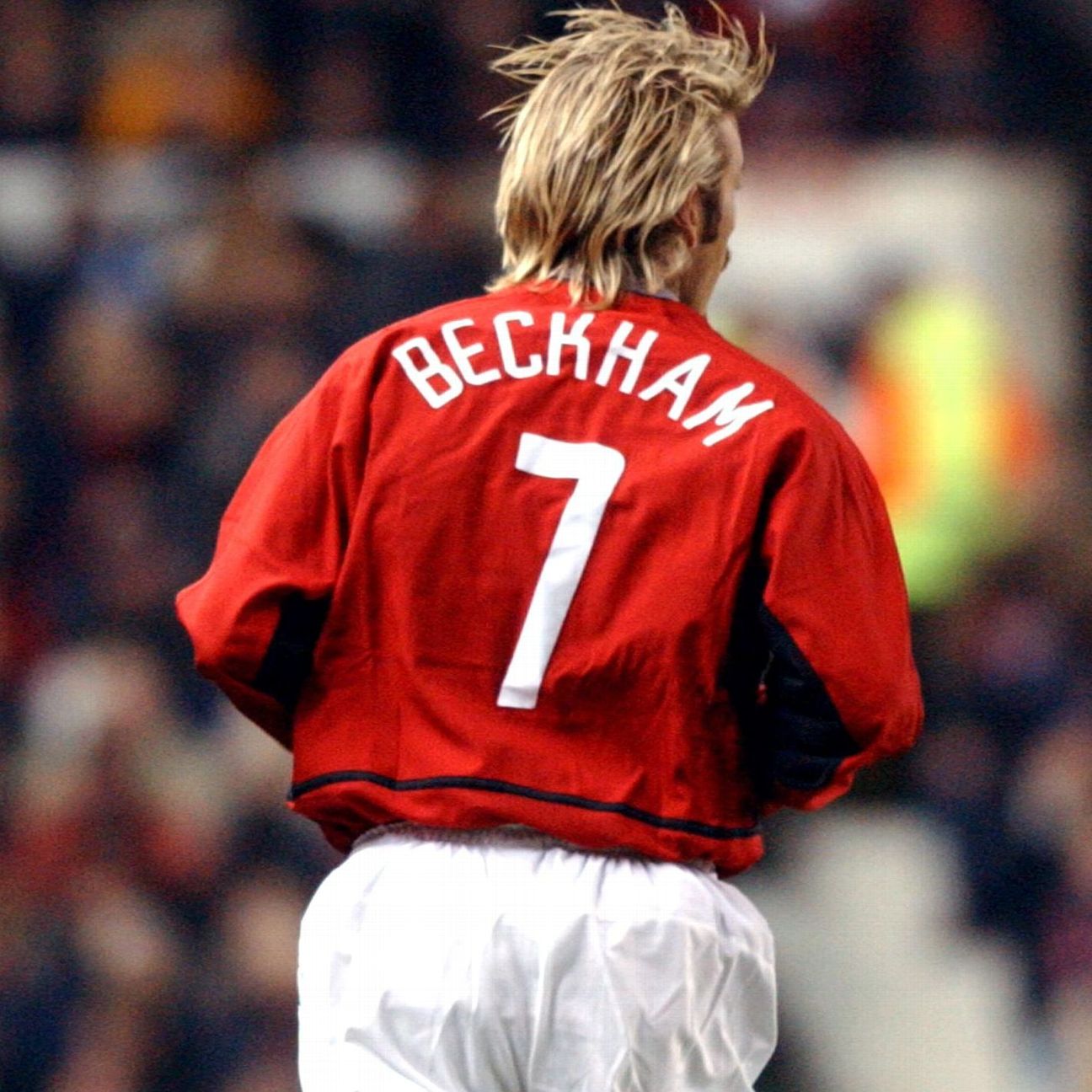 When Cristiano Ronaldo brought his gilded decade at Real to an end in 2018, the chosen successor to his No. 7 shirt raised more than a few quizzical eyebrows.

Rather than Gareth Bale, Isco or Marco Asensio, the number was handed to new signing Mariano Diaz, who had recently returned to his boyhood club after a 14-month stint away with Lyon.

Diaz made 13 league appearances, mostly as a substitute, and scored three goals in the shirt before Eden Hazard arrived and took it off him the following summer -- and it's not like the Belgian galactico has fared much better since then. 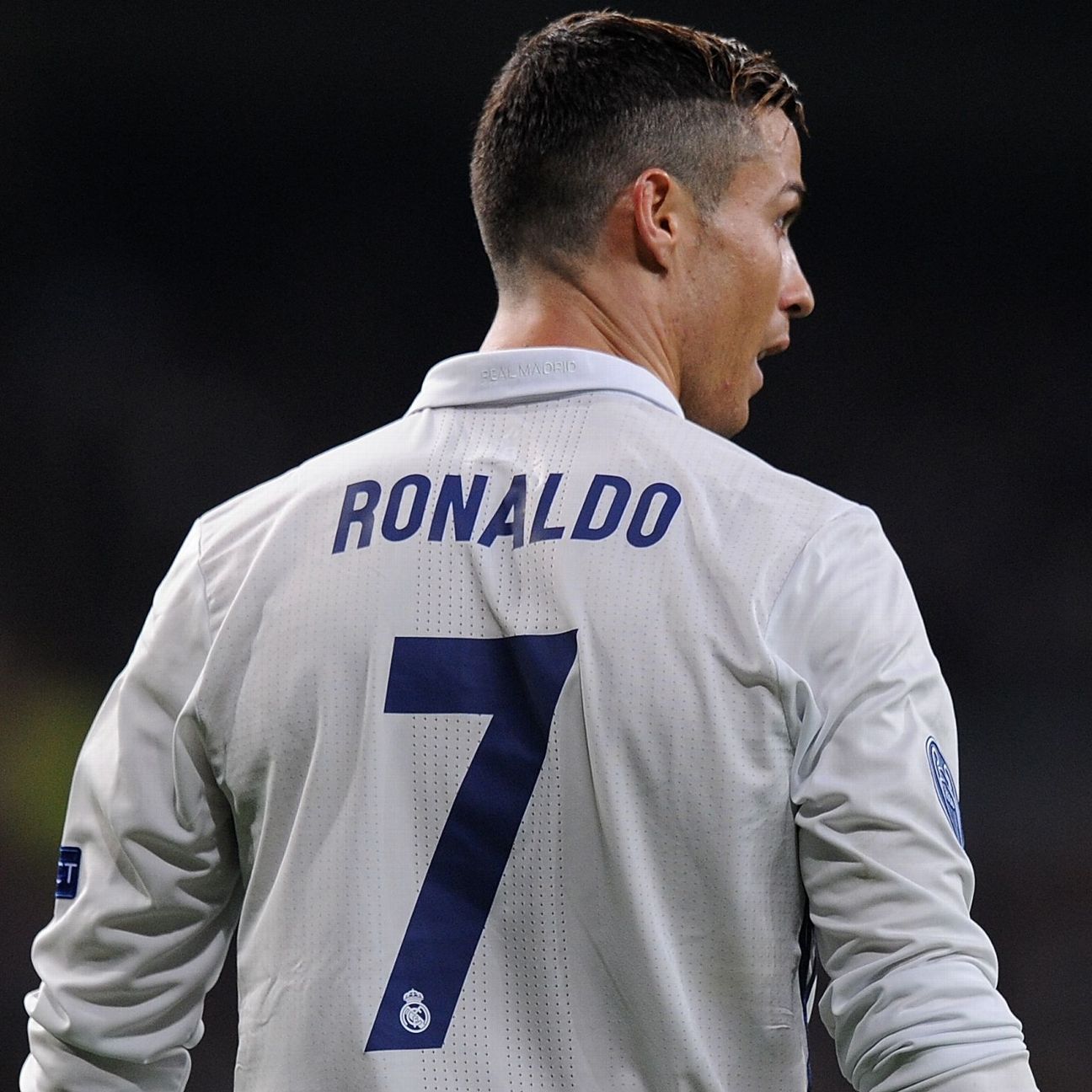 It goes without saying that Henry will forever be an Arsenal legend. The silken striker is arguably the Gunners' greatest-ever player, with his No. 14 shirt becoming emblematic of his legacy.

Therefore, having worn No. 32 for the previous two seasons, it was rather brave of Theo Walcott to adopt Henry's old shirt for the 2008-09 campaign, just one year after the Frenchman had left for Barcelona.

It would be unreasonable to suggest that Walcott (who was only 19 at the time) made a complete hash of emulating his predecessor, but it's also fair to say that he didn't really ever get close either. 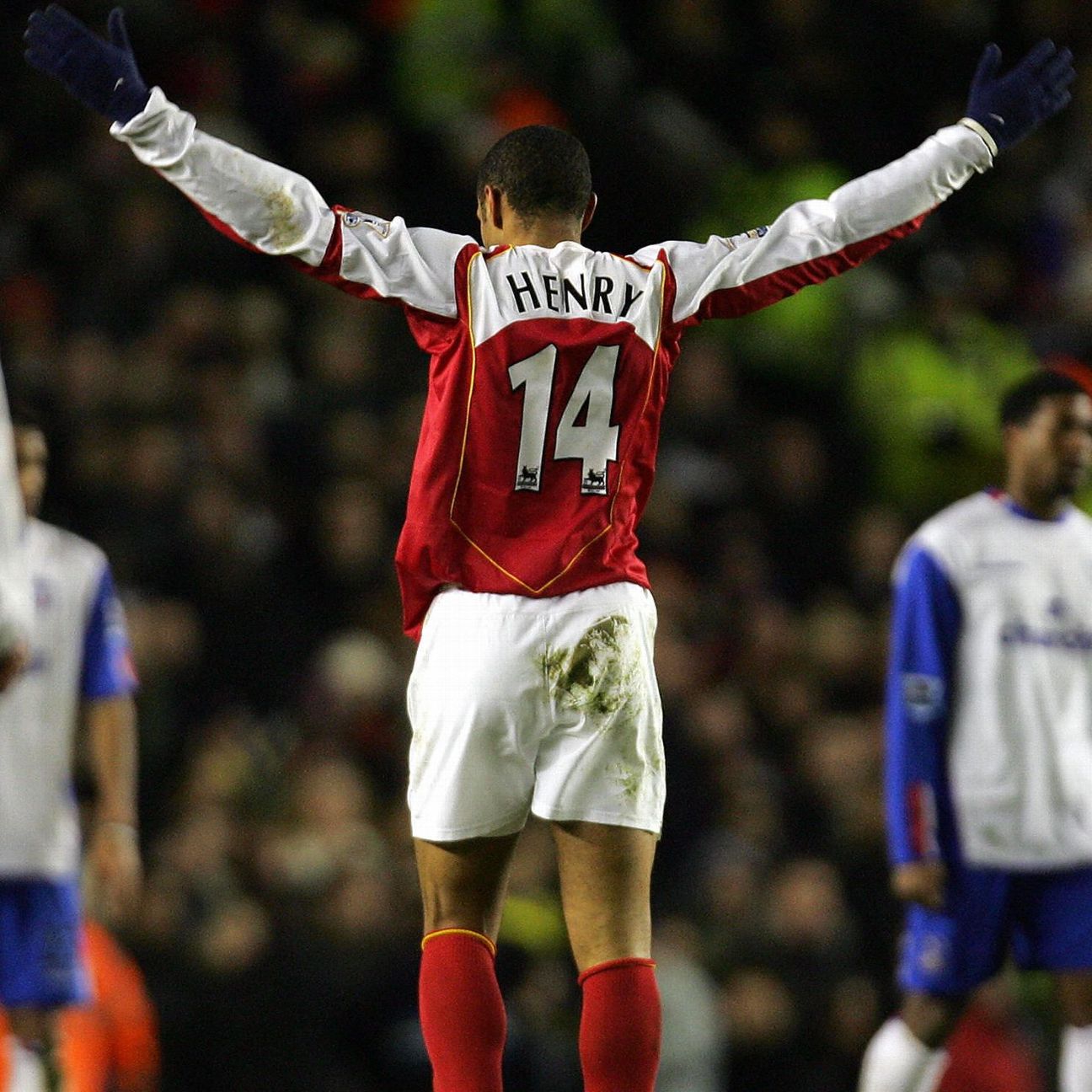 Some great forwards have worn No. 9 for the Toon, with the likes of Kevin Keegan, Les Ferdinand and Andrew Cole all doing so in the past.

However, there's only one man who really springs to mind when you envisage that number on a field of black and white stripes: Alan Shearer, all-time record goal scorer for the club and for the Premier League too.

It's an unfortunate fact that all subsequent inheritors of Shearer's shirt have been immediately burdened with the expectation of delivering goals galore, and Obafemi Martins, Andy Carroll, Papiss Demba Cisse, Dwight Gayle, Salomon Rondon and Joelinton have all been found somewhat wanting albeit to varying degrees. 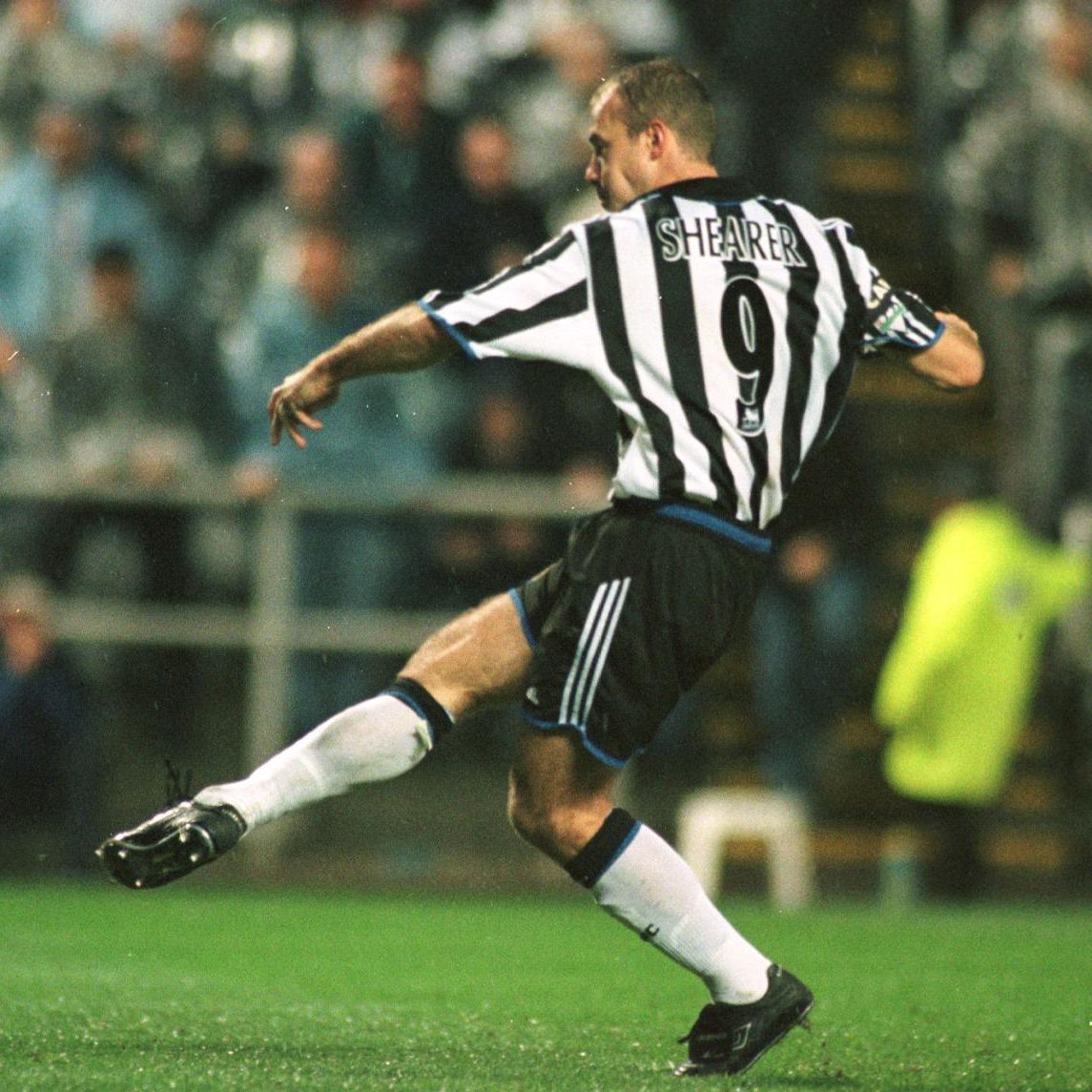 Some of the game's greatest-ever strikers have had the honour of wearing Milan's No. 9 shirt, including not one but two Ballon d'Or winners in Marco van Basten and George Weah.

Sadly, Pippo Inzaghi is perhaps the last great bastion of the Rossoneri's esteemed jersey and he retired in 2012. Indeed, since then no Milan forward has ever been allowed to wear the No. 9 shirt for more than a single season.

The shirt has been passed among nine strikers in the eight intervening years, with Alexandre Pato, Alessandro Matri, Fernando Torres, Mattia Destro, Luiz Adriano, Gianluca Lapadula, Andre Silva, Gonzalo Higuain and Krzysztof Piatek pitching in with just 42 goals between them.

It's perhaps also worth noting 26 of those goals were scored by Higuain, Lapadula and Silva combined, with the rest all failing to make it beyond the five-goal barrier. Miserable stuff. 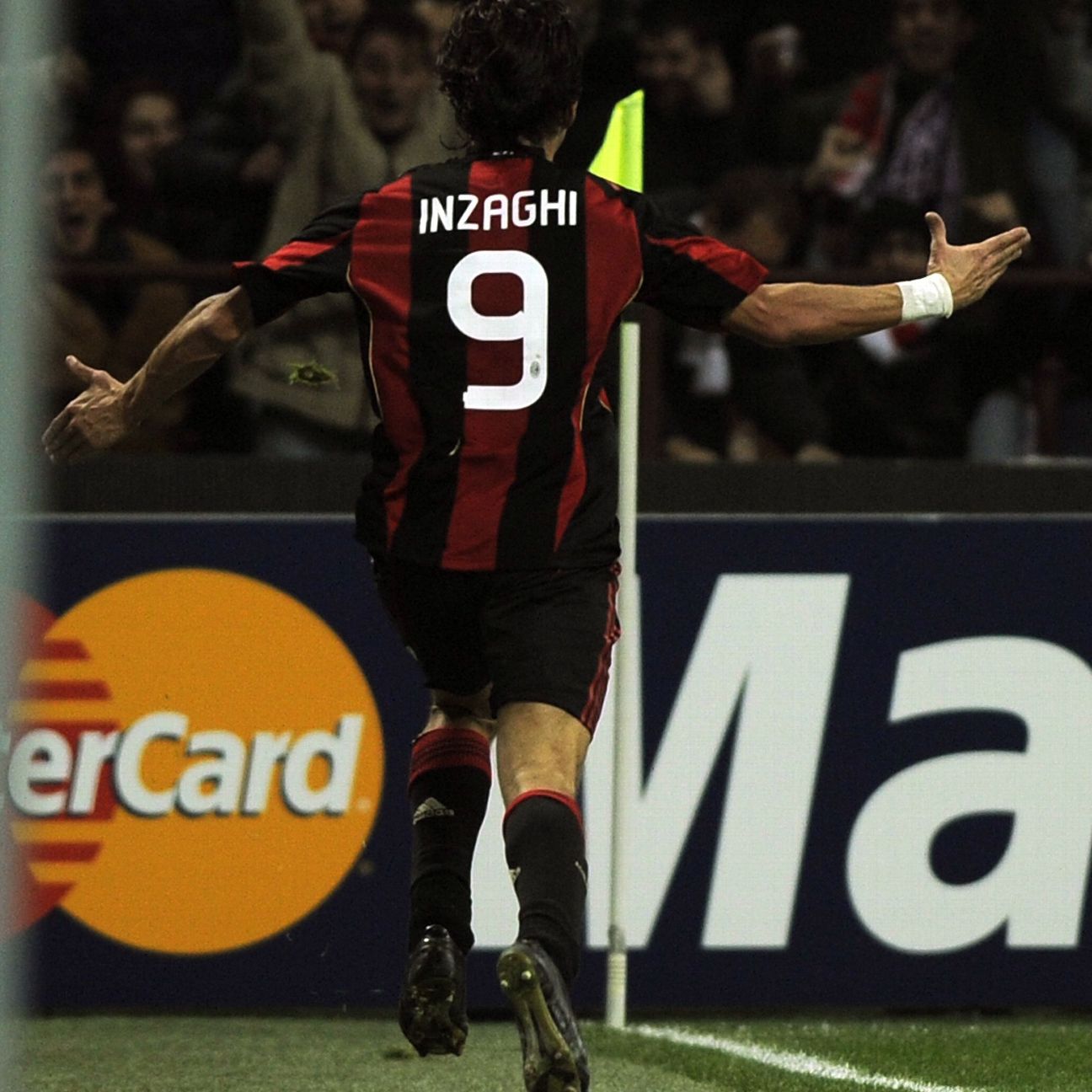 We could be facing a situation in the coming weeks where Barca's No. 10 shirt becomes available for the first time in 13 years.

If Lionel Messi does do the unthinkable and decides to walk away from his spiritual home of the last two decades, there's sure to be a massive swirling maelstrom that opens up with his weighty squad number at the epicentre. The very weightiest of weighty mantles.

There are rumours that Martin Braithwaite is already vying to take the No. 10 shirt off Messi's hands, but we're not sure that anybody who used to play for Middlesbrough should be allowed to replace the greatest footballer who has ever existed. It just doesn't seem right.