LONDON -- A few days before Andy Murray made his much-anticipated return to competitive tennis at the Fever-Tree Championships in London last week, BBC Television showed a special program that documented the Scot's finest moment: his first Wimbledon title in 2013. Titled "When Andy Won Wimbledon," the program originally aired in 2014 and looked back at the Scot becoming the first British man to win the most prestigious Grand Slam event in 77 years.

Seeing that program, in which Murray watched back the closing stages of the 2013 final against Novak Djokovic, what was most striking was his movement. It was phenomenal. Tearing around the court, side to side, forward and backward, this was Murray in full flow -- one of the greatest athletes of his generation, perhaps in any sport, at his peak. Straining every sinew to chase down every ball, Murray could not have given any more in his quest for glory.

Coming a year after he broke down in tears after losing to Roger Federer in the final, the 2013 Wimbledon final was a poignant moment. Winning Olympic gold in 2012 had given him the belief he could win a Grand Slam title, and two months later, he broke through when he beat Djokovic to win the US Open. Winning Wimbledon, especially for a British player, is a different story, though, and it remains the highest point of Murray's career.

Six years later and after one more Wimbledon title, a second Olympic gold medal in Rio de Janeiro and a Davis Cup title for Britain, it seemed as if Murray's career was over, with the Scot saying early this year that his right hip had become too painful to go on. The Australian Open played a video tribute from his fellow players after his first-round loss to Roberto Bautista Agut in Melbourne, moments after Murray, looking a little awkward, had said he hoped to be back.

At the end of January, Murray had hip-resurfacing surgery, an operation that left him pain-free for the first time in years but offered no guarantee he would ever play top-level tennis again. Last Thursday, less than five months after the operation, he was back on the court, partnering with Feliciano Lopez in doubles, the first test of his metal hip, in match conditions and with all the stress that goes with it.

As he set foot on the lush grass of Queen's Club in West London, there must have been some trepidation, nerves and fear of what he would be capable of doing. Having decided to have the operation, Murray pledged to do everything he could to see if a full comeback would be possible. But still, no one -- not even Murray -- knew what it would be like when he tried to push his body. Three days later, Murray stood on Centre Court at Queen's Club with the broadest of grins as he raised the doubles championship trophy above his head.

"This is very different for me, and it's more special than a lot of the singles tournaments that I have won for a lot of different reasons," Murray said. "I just won the doubles here with Feli ... with a metal hip. It's mental, really. That's a cool thing to be able to have done, and yeah, just because of probably where I was a few months ago. And at times, even as far as just two months ago, I just wasn't thinking about this. It was not something that [I] was ... driven to get back to ... playing here. I was just really, really happy just to be pain-free and enjoying life, literally just doing normal things. So it's really special."

Given the circumstances, it was a surprise win. But anyone who has ever seen Murray in action, or simply followed his career, would not have been shocked. In an era containing arguably the three best players of all time in Federer, Rafael Nadal and Djokovic, Murray is a man who has worked as hard as anyone and achieved great things, often defying expectations.

His performances on the court at Queen's Club were impressive. His returns, always the best part of his game, improved as the week went on. And when the pressure was on, he came up with something special, complementing Lopez, who had a dream week winning both singles and doubles titles.

Ever the perfectionist, Murray will expect to improve in the coming weeks, including at Wimbledon, where he won't play singles but will partner with Pierre-Hugues Herbert of France in men's doubles and, if he can find a partner, in the mixed doubles, too. Most important, he came through the week at Queen's without feeling any discomfort in his hip.

"I expected it to be sore, but I literally have nothing there," said Murray, whose only concern so far has been a slightly stiff back. "I spoke to Bob Bryan [who had a similar operation] about that. For me, anyway, it had been probably five or six years [that] after matches I would get some pain and aching and throbbing and things like that that you would just anticipate and are waiting for that to happen. And it doesn't anymore, and it's brilliant."

In the almost five months away from the match court, he has been busy, too, doing things with his wife and two young daughters he would not have done when his right hip was sore, such as going to "soft-play" areas, crawling around on his knees and going down slides. One of the motivations to return, Murray said, was that his daughters might see him play at some stage, although it seems that Sophia, now almost 3½ years old, is not overly bothered.

"It was more a plate we got given to take home, [but] yeah, unfortunately she wasn't particularly interested," Murray said, referring to his Queen's trophy. "I think she obviously understands a little bit more about kind of what it is I do and stuff, which is nice, nice for me."

Murray wants to try to return to the singles court, and if he continues improving at the same rate, he says he might be able to do that later this summer. But there is no hurry. This is a changed Andy Murray. Where once he would agonize over every missed shot, now he is more relaxed, simply happy to be back on court, doing what he loves best. He has been playing golf and going to escape rooms, and he even found time to have his teeth fixed in his time away. Friends and colleagues who saw him at Queen's remarked on how happy he seemed, and he has surely never smiled as much on the match court as he did alongside Lopez. 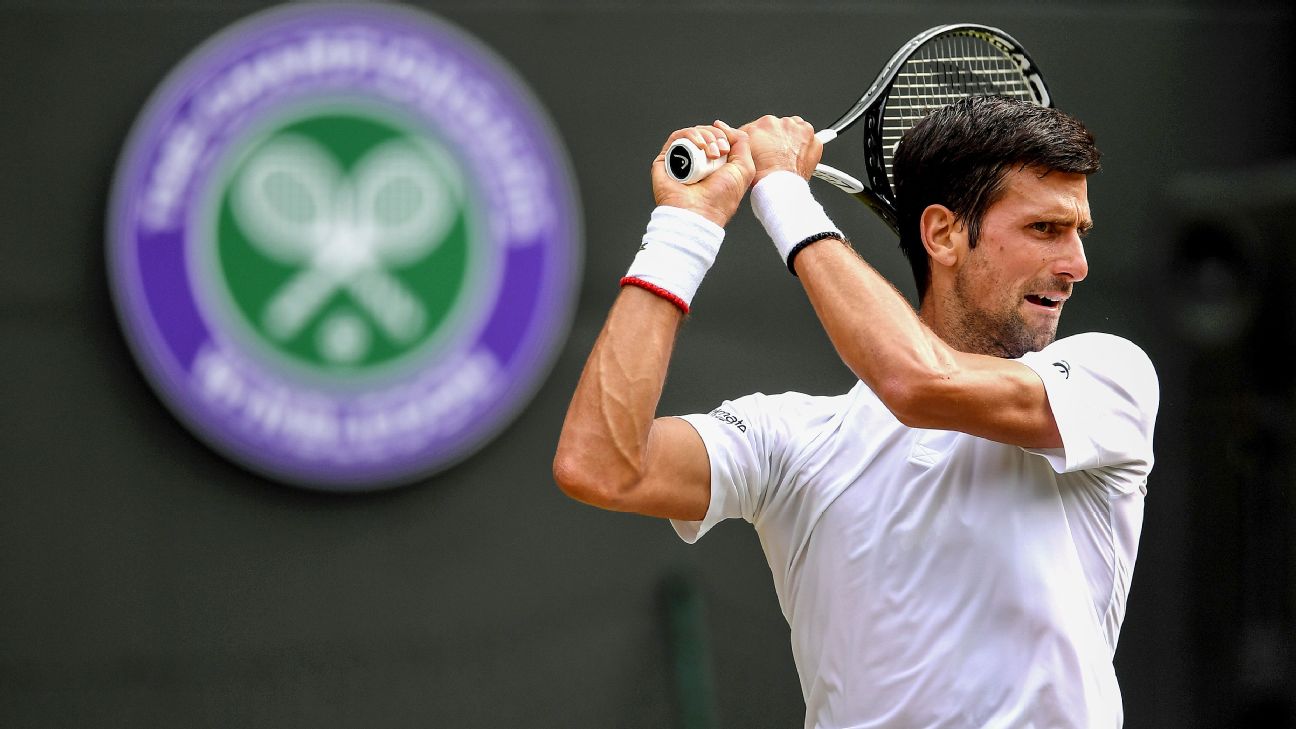 If his second serve looked a little vulnerable at Queen's, his movement was surprisingly good, and he showed more than enough to prove that, providing his hip holds up, he could have a better-than-successful career as a doubles player if he so chooses.

That prospect might once have sounded preposterous to Murray. Indeed, in Australia, when he was at his lowest point, he said as much. But things have changed, and if he finds that singles is not going to work, then doubles is a viable option. On the evidence of his return, playing with Lopez at Queen's, world doubles No. 4 Marcelo Melo in Eastbourne and Herbert at Wimbledon, he won't be lacking for partners.

"I'm really not bothered about [when I play singles again]," he said. "If it happens in September or next year or in six weeks, really, I really don't mind. Genuinely, I do not mind. I'm happy with playing tennis and training and having no pain anymore. If I keep progressing, I would like to try to play singles. But I'm just quite happy doing what I'm doing just now and just taking each week as it comes.

"If things keep going well, I'll try and play singles. I know in Australia I didn't anticipate playing doubles, but I also didn't anticipate feeling like this and enjoying playing tennis like this, either. We'll see what happens."

Getting back toward the top in singles is going to be incredibly difficult, and there are absolutely no guarantees. But if there is a way to return, Murray will find it. And if he does, he'll enjoy it more than he did the first time around.

"You need to try and enjoy the good moments when you can and celebrate them, because you don't know what's going to happen even the next day or in a few months' time," Murray said.

In January, Murray thought Wimbledon could be his last event, if he even made it there. Now, it could just be the start.