“What we experienced last offseason was a direct attack on free agency, which has been a bedrock of our economic system,” he said. “If that's going to continue, then we have some very difficult decisions to make moving forward.”

As the union begins to formulate a badly needed strategy for the months and years ahead, sources continue to say that Clark and the union leadership have been engaged in substantive conversations with agents, a marked change from how business was conducted leading up to the last Collective Bargaining Agreement. Back then, many agents felt shut out of the process, and after the final CBA terms were revealed, they felt the lack of dialogue and assessment was a serious mistake.

Setting up the second half 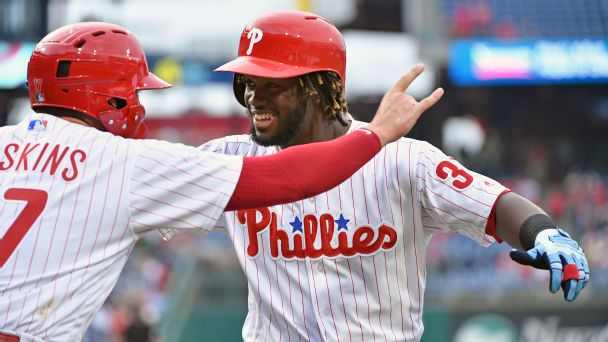 Now, said one source, Clark “is trying” to make it better. The expectation is that the union will restructure its central group in some way, likely with the addition of more legal firepower. Once they get the new team in place, they will presumably try to hone strategy and priorities.

Whatever its composition, whoever is involved, the union leadership should devote some serious thought to how to handle social media -- which has the potential to be a weapon for the players' association, but also a significant problem if the players' association goes to war with MLB in the next round of talks. No major professional sports league has attempted to strike since social media became so ingrained in U.S. culture.

Almost a quarter-century has passed since the last time the union conducted a players’ strike, which swallowed the 1994 World Series and the beginning of the 1995 season. Back then, the oldest and even the youngest players were battle-tested in labor strife, with many having experienced everything from multiple rounds of owners’ collusion to strikes to lockouts, and within the membership, there was a strong belief in the common cause. There was also intense peer pressure, when needed. I remember Tony Gwynn chuckling as he recalled the angry exchanges in some of the meetings, whenever an individual player would question the wisdom of the union’s path. The occasional dissenters were shouted down.

Players such as Lenny Dykstra might have disagreed with the decisions and preferred to be back at work, but generally speaking, players expected each other to fall in line and back the leadership. In the midst of the 1994-95 strike, Orioles pitcher Arthur Rhodes showed up at Baltimore’s camp to say hello to friends -- and when the union leadership got wind of this, he was told to leave ASAP, lest he inadvertently convey the message to baseball owners that the players were desperate to get back to work.

Imagine how much more difficult it could be for the union to hold together a coalition these days, with a thousand-plus members posting on their own Instagram, Twitter and Facebook accounts. Imagine what a body blow it would be to any union if you had individuals griping in Tweets about being out of work, about paychecks missed, about union leadership choices.

Marvin Miller, the legendary union leader who is primarily responsible for building the strength of baseball’s players’ association, believed in openness, to better educate rank-and-file members. He wanted the players to know what their peers were earning, because owners had kept everything secret for decades and used the players’ ignorance in salary matters against them. He wanted the players to understand when and why it was important to take a stand.

The union could use social media to inform the players, to provide messaging, to reinforce arguments. Hundreds of unleashed players would be capable of swaying public opinion through their social media posts.

But a handful of tweets from disgruntled players would have the potential to devastate the strategy of Clark and his leadership team, depending on their timing -- because the posts could serve to encourage owners to wait for surrender, and look for more cracks in the players’ united front.

The Josh Hader situation the other day was a reminder that the union hasn’t really developed a social media strategy. As one GM pointed out, acknowledging the benefit of 20/20 hindsight, it should be standard operating procedure for all new union members to scrub past tweets and posts.

Clark and the players have a lot to sort through and need to do so quickly, given the leverage the union could possess immediately over the issues of tanking teams, the NL adoption of the designated hitter and changes to rules. The players' association likely will have the opportunity to make up for lost ground long before it has to think about a work stoppage, so long as the union engages.

But along the way, this generation of players -- some of whom seemed to embrace the notion of a possible strike in a recent USA Today poll -- should be schooled on the sacrifices that would be required in any work stoppage, and in this era, that might include the suspension of social media posts.

Francisco Mejia, the young catcher acquired by the Padres when San Diego traded lefty Brad Hand and sidearmer Adam Cimber to Cleveland, has always hit in the minor leagues. But moving forward, a key question about Mejia for some evaluators is whether he can play well enough defensively to continue to be a catcher, or if he has to move to another position; of course, a shift to another spot would greatly mitigate his value.

• Baltimore’s Zach Britton is the most coveted reliever available in a trade market that is generally devoid of experienced and big-time closers -- and he is in the crosshairs of a bunch of contenders:

The Cubs, who just lost Brandon Morrow to the disabled list and need a lefty.

The Astros, who thought they had a trade arranged for Britton last July -- and who recently demoted Ken Giles to the minors.

The Yankees, who have a great bullpen but might look at Britton as a possible upgrade over Chasen Shreve -- while working to keep Britton away from other contenders.

The Dodgers, who just finished an extensive negotiation with the Orioles.

The velocity and movement on Britton’s fastball have improved markedly since the beginning of the month, and the Orioles are working quickly and could move him in the next few days.

• Kyle Schwarber estimates that he takes anywhere from 30 to 50 swings on an average day -- and he figures he took about 10 times that many in the Home Run Derby last Monday, which is why his arms were sore in the days after the event. Schwarber lost in the finals to Bryce Harper -- and after it was over, the Cubs’ outfielder said he thought this was the best possible result: Harper winning in front of his home crowd.

• Jacob deGrom pitches against the Yankees on Sunday Night Baseball amid a lot of speculation about his future with the Mets. His agent has called for clarification of his situation -- a contract extension or a trade ... despite the fact that the 30-year-old deGrom really doesn’t have a lot of leverage at this moment; he won’t be eligible for free agency until after the 2020 season. But the Mets have been in the vortex of a lot of media and fan criticism this summer, and the pressure to lock up their biggest star might continue to grow.

• Cardinals interim manager Mike Shildt’s first job in baseball was as a clubhouse attendant for the Double-A Charlotte Orioles. In the summer of 1980, it was his job to shine the shoes of Cal Ripken Jr. Shildt's mom worked for the team, and he got his first paid assignment when he was 8 years old -- retrieving foul balls, for $5 a game. Shildt remembers being expected to generate at least two fouls per game, and if he came back with one, well, there was some question about whether he’d get his $5.

Friday: Tim Kurkjian on the Indians’ acquisition of Hand and Cimber and the Dodgers’ improvement; Paul Hembekides on the legacy of Chase Utley; Indians play-by-play man Tom Hamilton on the Cleveland upgrades; Roch Kubatko of MASN Sports on the Machado trade, the Zach Britton talks and the future of Adam Jones.

Wednesday: Jerry Crasnick looks back on the Home Run Derby and the All-Star Game, as well as the Hader tweets; the sounds and voices from the All-Star events; Rob Manfred on the state of the game.