The MLB draft is a little earlier this year, starting on Monday, June 4, so we are just under seven weeks away from D-Day. I've been out seeing players most of the spring, and in talking to execs and scouts, the only consensus seems to be that there's no consensus: We all agree who the top talent is in the class, but beyond that, no one has any confidence in how the rest of the draft might fall. 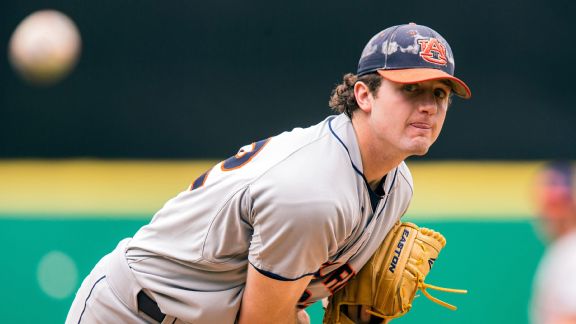 One national guy suggested to me a scenario where the top of the draft is all college guys, even with this college class being down this year -- Casey Mize, Shane McClanahan, Nick Madrigal, Travis Swaggerty, Brady Singer and Alec Bohm could all conceivably go one through six, in that order -- but that's entirely speculative, with the Giants (picking second) also linked to prep right-hander Carter Stewart.

With that significant caveat, here’s a ranking of the top 50 prospects in this year's draft class, as I see them right now, with some guys just getting underway due to the cold and rain in the northern half of the country. This is a ranking of players, not a mock draft. I have Jonathan India ranked 10th, but that doesn't mean I think he's going to be the 10th pick, or even necessarily a pick in the top 15.