The surprising factor most of the teams in this tercile have in common is that they didn't get to the bottom through contention. There are a few recent playoff teams here, but there are more franchises in this section that have been out of the playoffs for a few years and yet don't have the farm systems you'd expect from teams that have drafted high and perhaps traded away veterans.

That means the road back to respectability will be tough for any team here that isn't already in playoff shape.

The first part of my annual ranking of the top prospects in baseball is, as always, all 30 farm systems. This year, that ranking will roll out over three days, 10 teams a day, starting at the bottom of the list. There is more description of what's in each system this year, and I've tried to provide more context of what might distinguish their system from the teams ranked immediately ahead and behind. 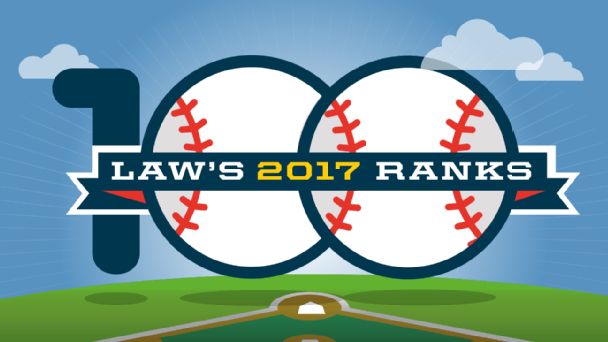 While these rankings are ultimately subjective -- this is, after all, my personal opinion of each system's relative merits -- I base the rankings on as broad a collection of information as I can. I've seen many of these prospects, I've talked to many scouts and executives about prospects, and I've talked to team officials about their own systems. Within each system, I'll rank at least 10 prospects, but these rankings consider everything in each system. Most teams have more than 10 players within their minor leagues who project to be more than just replacement-level big leaguers, and all of those guys count.

I'd rather have potential stars, even if there's some risk involved, but there's also real value in being able to provide your own fifth starters or utility players without having to pay for them on the open market. That means some teams here toward the top of the list got "credit" for 20 or more players in their systems, whereas those in the bottom-third might not have gotten much past 10. For the bottom few teams, even finding 10 names where I felt confident there was a good chance of future value was difficult.

I do favor prospects with higher upsides (or "ceilings") over those with less potential to become stars but higher probability of reaching the majors in some role. Few clubs are able to afford stars on the open market, so developing your own is critical for half or even two-thirds of the franchises in baseball right now. And if you have a prospect who projects as a star, you have the currency to acquire almost any major leaguer you want. We saw this in 2016, with midseason trades for Andrew Miller and Aroldis Chapman, and then offseason trades for Chris Sale and Adam Eaton (and "Adam Eaton's unbelievable contract"), all of which involved prospects found in my top 30. The teams in the top 10 have potential stars and a lot of second-tier prospects with future big-league value while the teams in the bottom 10 don't have much of either, with two clubs lacking any top 100 prospects at all.

The Blue Jays’ system was a real strength until 2015, when then-GM Alex Anthopoulos dipped into it to get the team to the playoffs with a series of trades that not only secured the division but got the team within two wins of the World Series. The depletion from those deals, combined with a sudden shift toward a conservative draft approach in 2016, has strip-mined this system in a way that might make any recovery slow.

Rough years for returning prospects Anthony Alford and Conner Greene didn’t help matters either, but one enormous bright spot was the emergence of Vlad Guerrero Jr. He’s a potential superstar who impressed scouts with his approach at the plate and his defense at third base as the youngest regular in the Appalachian League.