SANTA CLARA, Calif. -- Once word spread Saturday night that the San Francisco 49ers had agreed to a three-year deal with cornerback Richard Sherman, it didn't take long for the world of social media to erupt with various reactions.

Richard Sherman to the 49ers 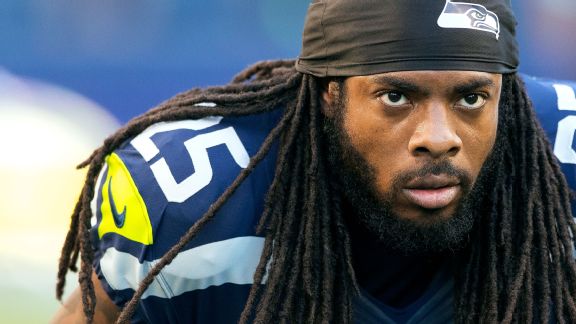 One of the league's most feared cornerbacks will suit up for a new team in 2018:

Sherman, of course, was a longtime nemesis of the Niners, particularly from 2011 to 2013, when both teams were at the peak of their game. But most of the 49ers from that era are gone, so it was no surprise to see a litany of San Francisco players and even the general manager tweeting a warm welcome to Sherman.

"I'm thankful to John [Lynch, 49ers GM] and Kyle [Shanahan, 49ers coach] for believing in me," Sherman told ESPN's Josina Anderson. "Some smaller details still getting ironed out, but #ShermInTheBay."

GM John Lynch essentially confirmed the deal without saying it:

@RSherman_25 welcome to the squad !

CB Ahkello Witherspoon, who is slated to line up opposite Sherman:

I take back anything disrespectful I might have said to you in our games before @RSherman_25 🤣 Welcome to the squad!!