However, there are times when you can learn something from spring play. If a pitcher is not improving a pitch as expected or his mechanics and command are off, it can be an omen that his performance is headed for a downward spiral. If a hitter is working on staying back and showing patience and seems to be doing better, it can be a good sign. It's a matter of knowing what to look for and when to look.

We've seen a lot of fine performances and just as many poor ones this spring. Through Friday's games, here's my take on whose performances are relevant and whether you can believe in them.

Guys to buy into

Greg Bird, New York Yankees: No offense to Alex Rodriguez and Jennifer Lopez, but Bird has been the headliner at Yankees camp this spring. He has hit for average and power and shown above-average defense at first base. Not only does he look 100 percent back from his shoulder surgery, but also, as GM Brian Cashman told me, his “arm strength is back to where it was, if not better, since surgery.” 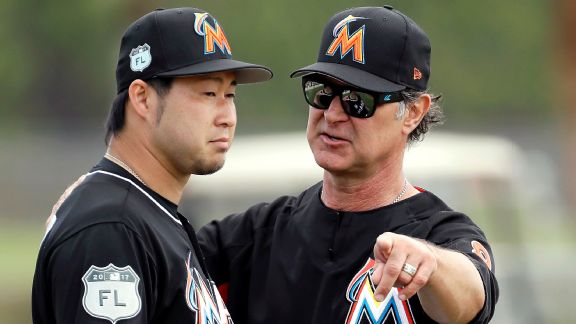 • Is a 13-man pitching staff MLB's next trend?
• Change a GM's plan in spring? Good luck with that
• Which spring struggles are causes for concern?

What has me buying it is that Bird has demonstrated a great eye at the plate and shown power to both his pull side and the opposite field. He has also shown that he can hit lefties and righties and does not need to be a platoon player. What we’re seeing this spring is real, and I won’t be surprised if at season’s end he’s the second-best overall first baseman in the American League, behind Miguel Cabrera.