Most general managers don’t overreact after just three weeks of games. But that doesn’t mean they don’t take the first month of performances seriously and start to prepare for potential trades. History tells us not a lot of deals get done at the end of April or beginning of May, but the new generation of GMs is aggressive about making moves, and we’ll see major moves made in May or June, long before the trade deadline at the end of July. 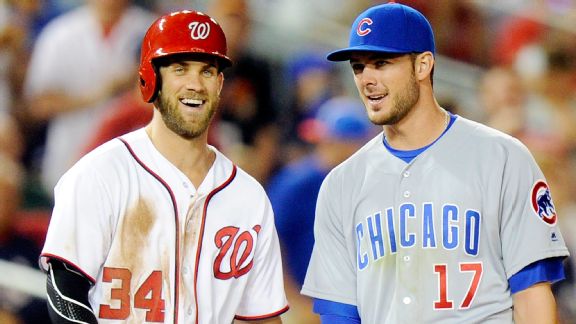 Take the Toronto Blue Jays and the dismal start to their season. You can attribute some of that to having no Edwin Encarnacion, but most of what has gone wrong for them has happened since Opening Day, not as a matter of design. They’ve suffered a barrage of injuries removing two of the best starters (Aaron Sanchez and J.A. Happ) and their best hitter (Josh Donaldson). They’ve gotten horrendous starts from both veterans Jose Bautista and Russell Martin, added to their usual lack of offensive production at first base and left field. Throw in the fact that only one team in the live ball era has started the season 5-13 (the Jays' record through Sunday) and made the postseason -- the 1951 New York Giants -- and you have a strong case for the Toronto front office to walk into the boardroom and start trade talks now.

But in doing that, the Blue Jays really have only three choices:

The problem with the third option is that unless they’re going to consider trading members from their starting rotation (the best part of the team) or Donaldson, they really don’t have much to trade if they’re expecting to get the top prospects they’ll need to really rebuild. They’re probably in the toughest position of any team -- they’re built to win now but they aren’t; they already have holes; and they have injuries that might handicap their getting any kind of deals done that would get them value in return.