RecruitingNation has summoned its writers from around the country to compile a list of the top 10 battles for elite football recruits leading up to February's signing day. We'll update our rankings periodically to reflect a change in a player's status (i.e., new offers, trimmed-down list or a positive/negative official visit).

Our scouts have their ears to the streets and will update accordingly but we also want to hear from you, the fans.

Use the hashtag #BlueChipBattles to comment on the list, make a prediction or if you disagree with anything we say. Your tweet could end up on that week's page.

Check out our list and then take your shot at ranking the top 10 recruiting battles and chat with Derek Tyson and Tom VanHaaren (@TomVH). 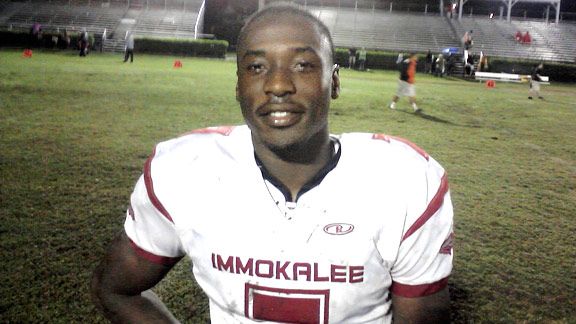 Who's in the driver's seat: Clemson.

@ESPNwilkerson's take: Alexander's mother is going to be key in this one. She really wants Mackensie to go to school with his brother, three-star safety MacKenro Alexander. Mackensie echoed those sentiments at the U.S. Army All-American Bowl, saying that he wanted to play with his brother if he ends up qualifying. MacKenro has offers from Florida State, Kentucky, Louisville, Mississippi State, Nebraska, Tennessee, Texas A&M and West Virginia.
Mackensie has three official visits left, having already taken visits to Texas A&M and Clemson. One school that is hanging in the mix is Kentucky after the hire of Mark Stoops, who recruited him heavily as Florida State's defensive coordinator. Don't be surprised if the Wildcats end up getting a visit.

RecruitingNation ranks Alexander's recruitment as the No. 10 battle in the country. Tweet us your opinion using the hashtag #BlueChipBattles @RecruitingESPN.