Our scouts have their ears to the streets and will update accordingly, but we also want to hear from you, the fans.

Use the hashtag #BlueChipBattles to comment on the list, make a prediction or disagree with anything we say. Your tweet could end up on that week's page. 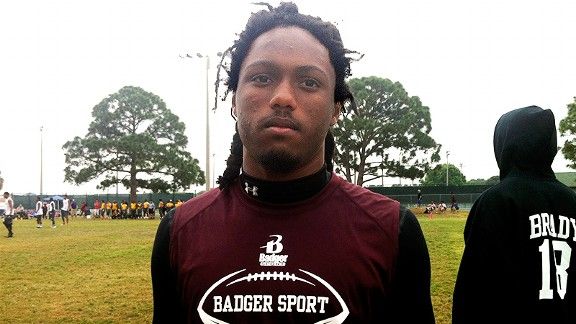 Who's in the driver's seat: Alabama

@cdowlar's take: If you've ever followed any South Florida prospect on Twitter during an Alabama game, you'll understand just how much clout Amari Cooper has. After making big plays in the biggest games of the season, he was the toast of Miami. That's exactly the angle Alabama could work for Lane. So far, whatever the Tide are doing is working. Of course, their track record at running back speaks for itself, doesn't it?

The three traditional powers in the state of Florida have all also been after Lane for some time now and have home-field advantage. All three will try their hardest to get him on their respective campuses as much as possible to continue to make their pitches.

RecruitingNation ranks Lane's recruitment as the No. 10 battle among UA Game invitees. Tweet us your opinion using the hashtag #BlueChipBattles @RecruitingESPN.