The wailing and gnashing of teeth from Red Sox Nation could be heard around the planet at 4 p.m. ET Monday as Boston failed to make any trades before the 2006 deadline. ESPN.com's SportsNation trade-deadline chat lasted five hours and garnered more than 45,000 questions, yet it seemed as though every third post was from desperate BoSox fans wanting to know whether their team had made any trades -- then, after the deadline had passed, why their beloved Sox hadn't done anything to keep up with the hated Yankees. 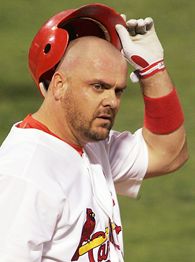 August, however, brings another opportunity for MLB's wheelers and dealers to make a move to improve their teams via the wonderful and sometimes wacky world of waiver deals. Aside from the possibility of a team's making a mistake because someone in the front office doesn't know the arcane waiver rules thoroughly, teams conspire to "trade" players via parallel waiver claims. The liquidity in this waiver-trade system depends partly on a long-standing gentleman's agreement between the various general managers -- an uneasy balance that can be upset if a bold GM decides to claim players on the waiver wire just to block competing teams from potentially making a deal.

Although waiver deals have been pretty common in recent years, their impact has been minimal in most cases. Why? To start with, a majority of the most obvious deals already have been made by August; July's trading deadline sparks a frenzy that isn't replicated the month after. Also, the most complicated, multiteam deals -- like the Cubs-Twins-Expos-Red Sox deal that rearranged the starting shortstops for three teams and deported unhappy superstar Nomar Garciaparra out of Red Sox Nation -- can't be arranged via waivers. Finally, by late August, many of the mediocre teams that fancied themselves contenders at midseason -- and thus became buyers in the late July bazaar -- have fallen out of the race and are no longer in the market.