Editor's note: This story was originally published when Ronda Rousey announced her move to WWE.

With Cain Velasquez making his first appearance in WWE Friday night on SmackDown, after a prolific run in MMA (and a pro wrestling debut in Mexico), we're taking a look back at the biggest successes, missteps and everything in between for those who've tried to be dual threats in both worlds. 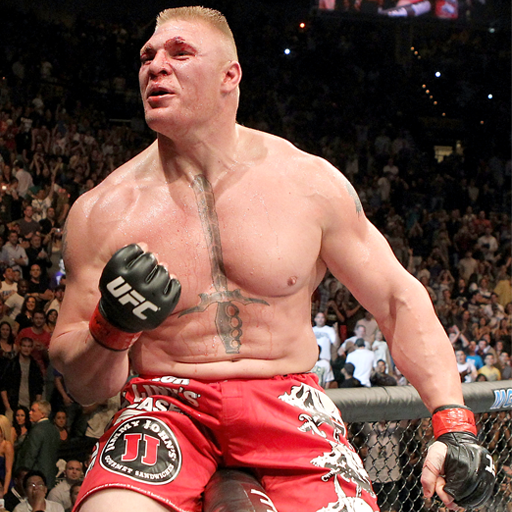 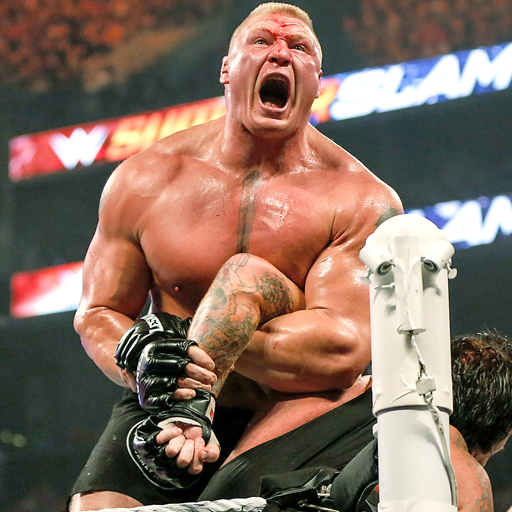 By almost any measure, Lesnar had far and away the most successful crossover between the WWE and MMA, and then back and forth again, as the only man to ever hold both a UFC title and a WWE world title. After twice earning junior college All-American recognition as a heavyweight amateur wrestler for Bismarck State College, he transferred to Minnesota and became a two-time Division I All-American in his junior and senior years; he capped it all off as a Division I national champion in 2000. Later that year, Lesnar signed with the WWE and trained over the next couple of years before debuting on Monday Night Raw in March 2002 and almost instantly surging toward the top of the food chain. By August 2002, he had defeated The Rock to become WWE undisputed champion, making him the youngest WWE world champion in history at the time at 25 years of age.

He would have a number of world title reigns and memorable rivalries, but he left the WWE to pursue a career in football with the Minnesota Vikings. After failing to catch on, Lesnar ultimately found his way to MMA in 2006 and won his first pro MMA fight in Japan in 2007. He lost in his UFC debut against Frank Mir after getting caught in a kneebar, but he became UFC heavyweight champion after beating Heath Herring and Randy Couture in the span of three months. He lost his last two UFC fights during that run, to Cain Velasquez and Alistair Overeem, and just a few months later returned to the WWE, where he currently reigns as Universal champion. While under contract with the WWE , an agreement was reached in 2016 to allow Lesnar to return to the UFC for one more fight at UFC 200; he won against Mark Hunt, but the decision was later turned into a no contest after Lesnar failed a USADA drug test. 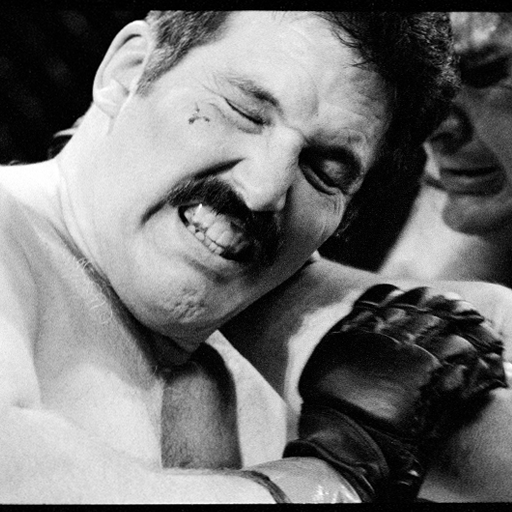 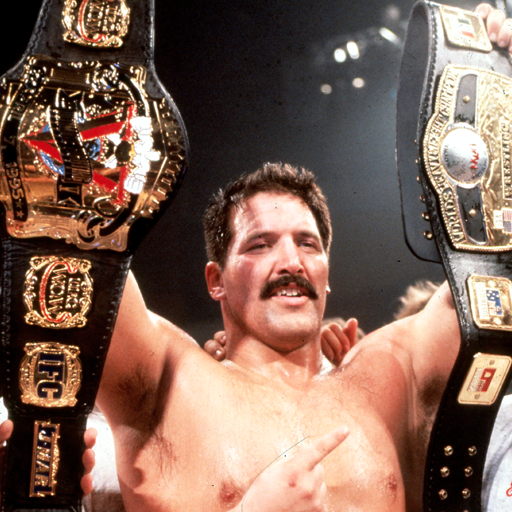 No matter the format of the fight, be it Greco-Roman or freestyle wrestling, judo, jiu-jitsu or almost anything else, Severn was willing to throw down with anyone who crossed his path. After a collegiate wrestling career that saw Severn become a three-time All-American at Arizona State, Severn eventually found his way to professional fighting and the UFC in December 1994. At UFC 4, when the format was a single-elimination one-night tournament, Severn lost in the finals to Royce Gracie after a single continuous round that lasted over 15 minutes. Severn won the UFC 5 tournament, but he lost the first ever UFC Superfight championship bout against Ken Shamrock, in a time when there were no weight classes.

After winning the UFC's Ultimate Ultimate 1995 tournament, Severn won a split decision over Shamrock to win the title. He would eventually lose a unification fight for the first UFC heavyweight championship to Mark Coleman in 1997. Severn last performed for the company in September 2002 at UFC 27, but he continued to fight all over the world for the next 17 years; his professional record now sits at a staggering 101-19-7. In a parallel of his UFC Hall of Fame career, Severn also put together a fairly illustrious pro wrestling career. He's a two-time NWA world heavyweight champion and NWA Hall of Famer, and Severn also spent a year-and-a-half stretch with the WWE in the late 1990s. 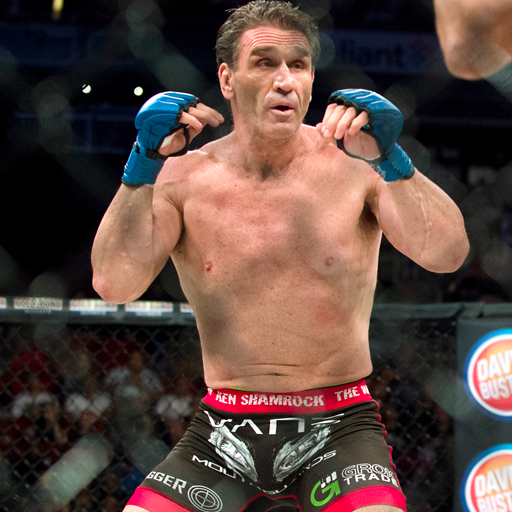 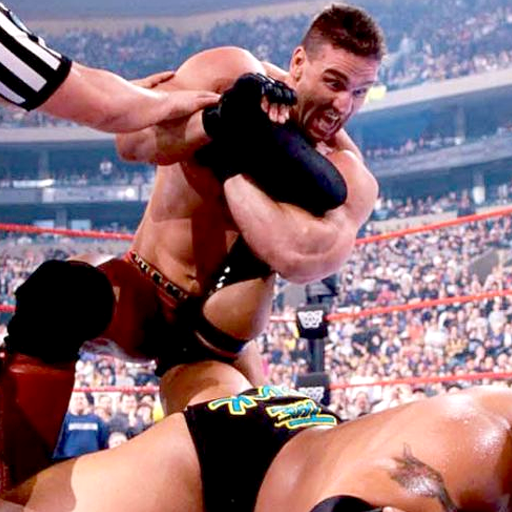 Though Dan Severn made the crossover at a similar time, Shamrock was the first UFC fighter that most pro wrestling fans became familiar with in the 1990s. What many fans don't know is that before he began his professional MMA career with Pancrase in Japan in 1993, Shamrock trained to become a professional wrestler and performed throughout the early '90s in the United States and Japan. On Nov. 12, 1993, just four days after winning his third pro fight in Japan, Shamrock competed in UFC 1 in Denver in the first of its one-night-only tournaments. After winning his first fight, he lost via submission to Royce Gracie in the semifinals. Shamrock split his time between Pancrase and the UFC over the next four years, and he became both the first ever Pancrase Openweight champion and the first UFC Superfight champion.

After pushing his MMA record to 23-5-2 in December 1996, Shamrock moved his focus over to the then-WWF, where he made his TV debut in February 1997. His WWF career lasted until late 1999, as Shamrock became an Intercontinental champion and tag team champion while maintaining an intense persona as "The World's Most Dangerous Man." He stepped away from the WWF to resume his MMA career in 2000, but he subsequently performed for TNA wrestling in its early days and even became NWA heavyweight champion; Shamrock's last recorded match was against Josh Barnett in Japan in 2004. The MMA world he returned to was a far different one, and though the UFC Hall of Famer only won a handful of his fights from there on out, Shamrock's trilogy against Tito Ortiz helped raise the profile of the UFC's heavyweight division. 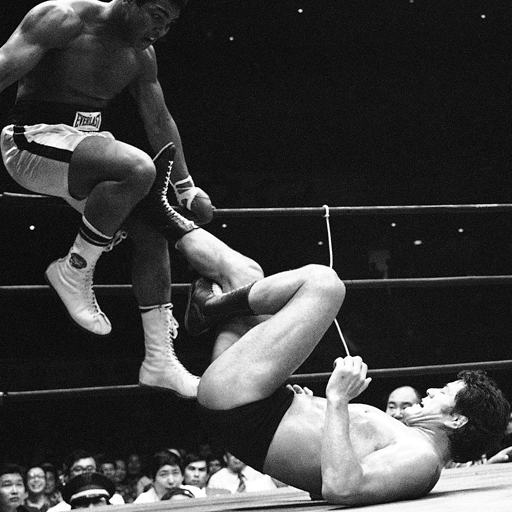 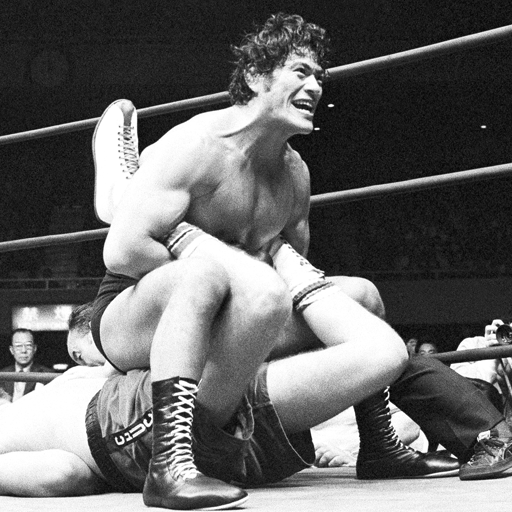 When it comes to legendary figures in the world of Japanese professional wrestling, it doesn't get any bigger than Inoki. He trained under the likes of Rikidozan and learned grappling and shoot fighting from Karl Gotch. He founded New Japan Pro Wrestling. Inoki's wrestler versus boxer fight with Muhammad Ali, though universally panned for how it played out, helped lay the groundwork for what mixed martial arts would become. Inoki helped bring a gigantic wrestling show to North Korea in the mid-1990s, where he faced Ric Flair and entered politics in Japan. Inoki is an icon inside the ring. He eventually was inducted into the WWE Hall of Fame in 2010, but his impact outside of wrestling and MMA further shows how effectively Inoki was able to cross over throughout his life and career. 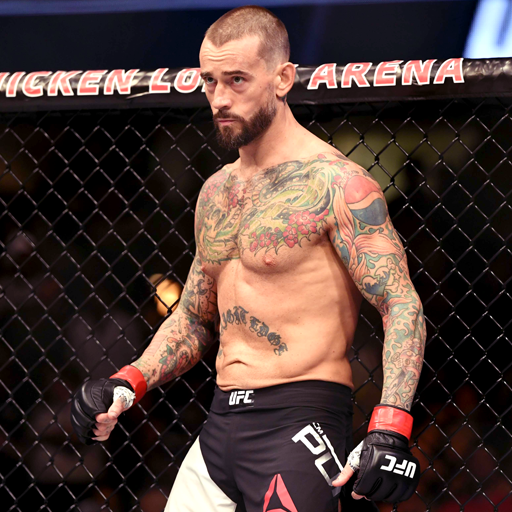 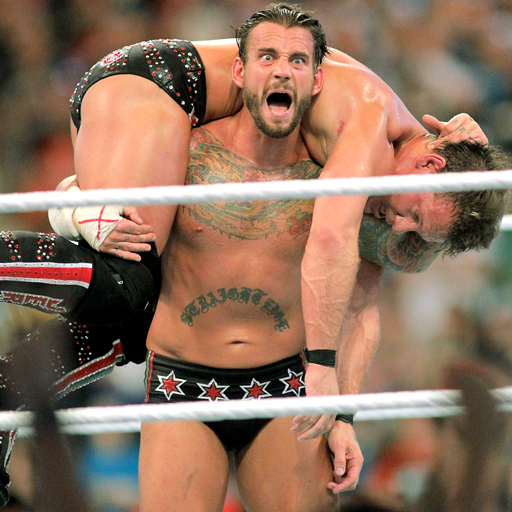 CM Punk began his foray into pro wrestling as part of the backyard wrestling movement in the mid-1990s, before moving on to a variety of indie promotions -- a run that that culminated with Ring of Honor in 2002. Over the next three-plus years, Punk broke out with attention-grabbing matches against most of the biggest names in independent wrestling at the time, including Bryan Danielson (Daniel Bryan) and Samoa Joe -- the latter in a three-match series of 60-plus-minute matches that put him on the map.

After signing a contract with the WWE, Punk eventually made his way to their ECW brand, where he eventually became champion, and he later won five WWE world titles; his rivalry against John Cena in 2011 and 2012 cemented him as one of the company's most popular stars. Punk had an acrimonious split from the company in early 2014, and by the end of the year had announced he had signed a multifight contract with the UFC. After nearly two years of training, including several false starts due to injury, Punk fought Mickey Gall on Sept. 10, 2016, and lost a one-sided contest via a first-round submission. He has not fought since but still aims to return to the Octagon. 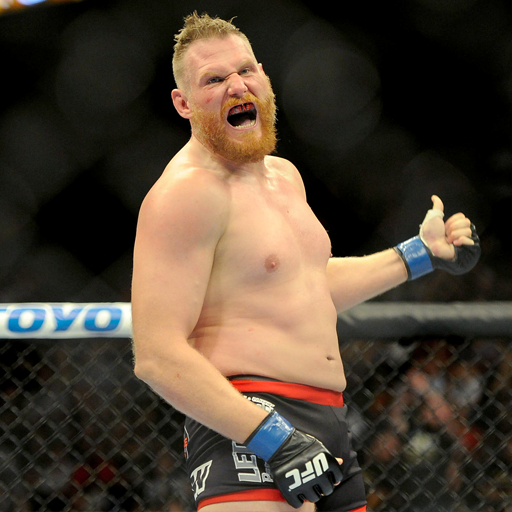 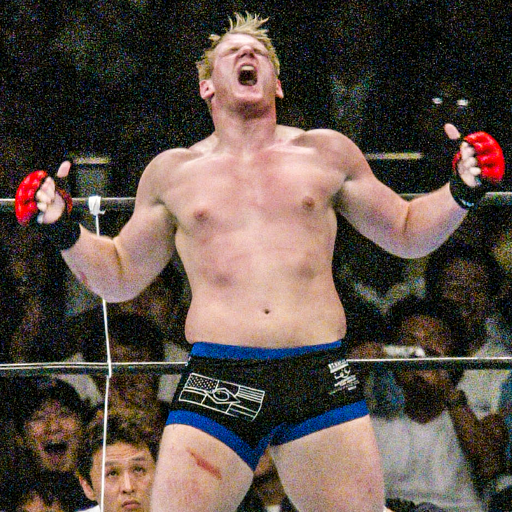 Josh Barnett trained in martial arts such as judo and kickboxing from a young age, and by the mid-1990s, he had begun training at a dojo in Montana. His MMA career began in Washington in 1997, and he would go on to win his first nine fights in Washington and Hawaii that included a submission win over Dan Severn in 2000 that helped bring him to the UFC. In his fifth UFC fight, Barnett defeated Randy Couture to become the youngest UFC heavyweight champion in history at the age of 24. A failed drug test ended his first run in the UFC, which sent Barnett to Japan to pursue both of his fighting passions -- MMA and professional wrestling.