Polish light heavyweight Jan Blachowicz needed a signature win at UFC Fight Night on Saturday at the Santa Ana Center in Rio Rancho, New Mexico, and he ended up getting it in the form of a devastating first-round knockout of Corey Anderson.

The win improved Blachowicz's UFC record to 9-5, and not surprisingly, had him calling for a title shot against Jon Jones in his postfight interviews.

Jones was in the building to witness the main event, not far from his hometown of Albuquerque. The champion expressed interest in facing Blachowicz next, but is that the right call?

Here's one take on who should be next for Saturday's headliners, as well as a couple of dark horses.

Who should be next: Thiago Santos

Oh man. So, this is a rough one, because I absolutely believe Blachowicz deserves to fight for the title. The man is 7-1 in his past eight fights, and he has won his past three. You look at the names on his résumé, and they make him more than worthy of a title shot: Anderson, Jacare Souza, Luke Rockhold, Jimi Manuwa, Jared Cannonier. We asked him to make a statement in this fight, to give us a reason to want to see him fight Jones. And damn if Jan didn't deliver the goods. 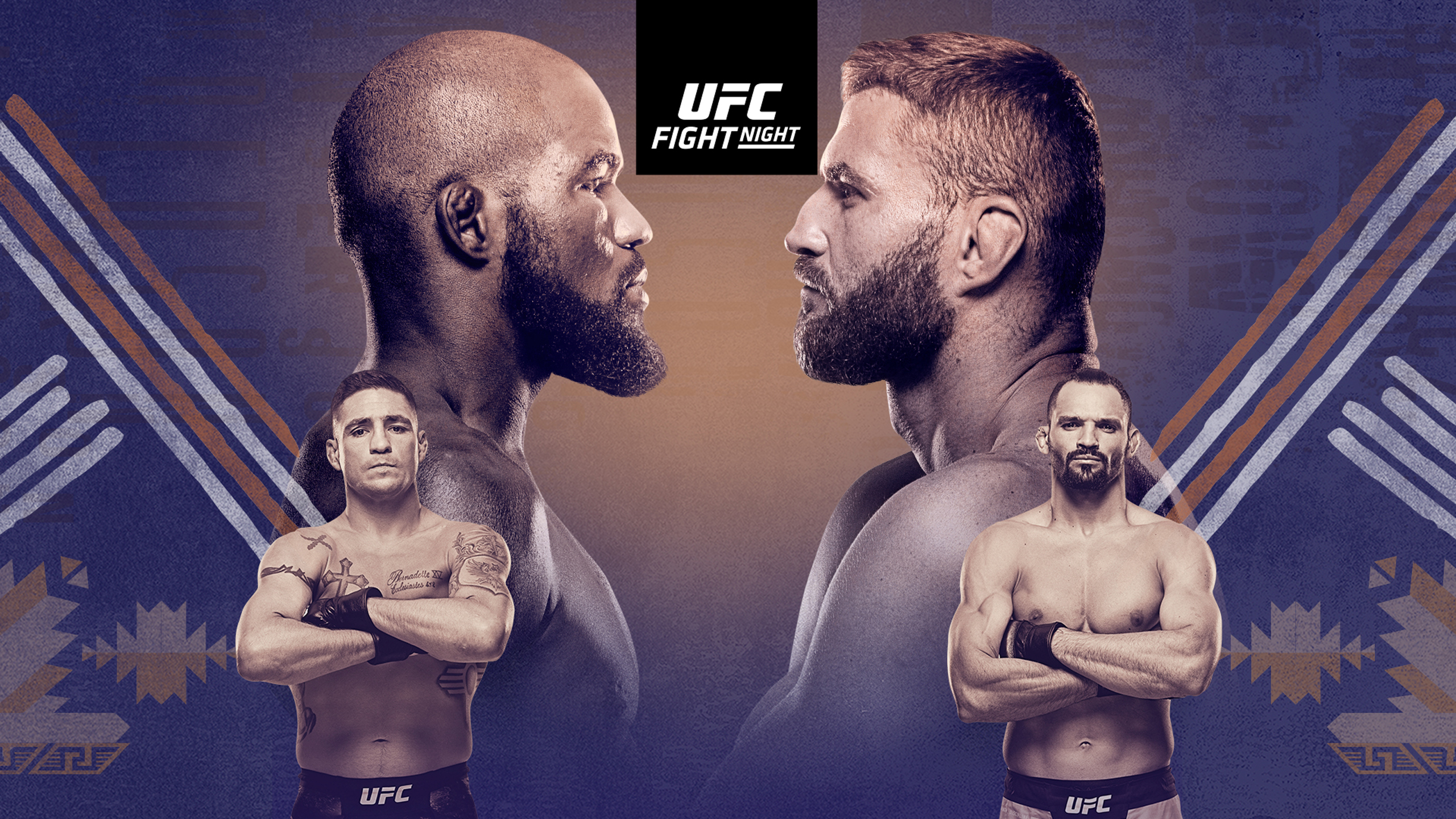 All fights from UFC Fight Night: Anderson vs. Blachowicz are available to watch on ESPN+.

There's just one problem: Dominick Reyes. Reyes, in my opinion -- and many agree -- did enough to beat Jones earlier this month at UFC 247. Jones' unanimous decision over Reyes wasn't the worst call of all time -- not by a long shot -- but it was definitely controversial. Reyes came this close to becoming the first man to hang a legitimate loss on Jones, and that rematch has to be next. Not to be overly dramatic, but the sport needs it. We can't just move on from that and maybe revisit it later. It needs to happen, and it needs to happen next.

So, in the meantime ... Jan ... you did a great thing Saturday. You did everything that was asked of you. You deserve the title shot, and we promise, you'll get it. But first, you have to beat the man who last beat you. It's the final hurdle to clear. Santos hasn't fought since suffering his own narrow loss to Jones last July. This is a perfect No. 1 contender rematch.

For the record, Blachowicz said after Saturday's fight that if Reyes gets the rematch, he'll wait to face the winner instead of taking a fight in the meantime.

Dark horse: Jones, if Reyes, for whatever reason, can't go when Jones is ready, then by all means, give Blachowicz his well-deserved shot at the title. A big part of this sport is timing, after all, and Jones said Saturday he's already healed up and ready to go. I don't expect this to be next, but Blachowicz certainly made it a possibility.

Jones says Blachowicz could be a great opponent

On the UFC Fight Night Post Show, Jon Jones agrees that Jan Blachowicz is a worthy opponent and says he's expecting a call from the UFC soon. For more UFC, sign up here for ESPN+ http://plus.espn.com/ufc.

Who should be next: Volkan Oezdemir

Don't expect Anderson to fall too far in the rankings with this loss. His résumé is still more than strong enough to keep him firmly in the top 10. But from a perception standpoint, he plummets. Even riding a four-fight win streak, there wasn't much demand for an Anderson title shot. Where do you think demand is now, coming off a first-round knockout loss?

I knew he was beatable. Was the one that always said, 'I know I can beat Jon, I know ways to beat him.' I see the holes. I see what you got to do to beat him. Dom went out there and did pretty much a lot of it," Anderson said to TMZ Sports. "

The good news for Anderson is that's more or less the state of the division as a whole. There is not a ton of demand for any of these guys to fight the dominant champion. Beyond Reyes, at the moment, it's a "whoever is next in line" situation at light heavyweight. And again, despite the loss, Anderson's place in line is not terribly far from the top.

The UFC doesn't typically pair a contender who is coming off a loss with one coming off a win, but it should make an exception here. Oezdemir won his last bout, against a top prospect in Aleksandar Rakic, and is riding a two-fight win streak. These two have never fought each other, which is a little surprising considering both have been hovering near the top of the division for a while. Oezdemir does not currently have a fight lined up, and he'll need at least one more signature win before reaching a title shot of his own. Makes sense.

Anderson lost to Rua back in May 2016 in Curitiba, Brazil. The bout ended in a split decision. Rua is 38 and could very well be nearing the end of his career. His days at the absolute top of the division are probably over, yet he's a very respectable 4-1-1 in his past six.

For Rua, a meeting with Anderson would be a chance to prove he can still compete at the top. And for Anderson, it'd be a chance to even the score with a legend who holds a victory over his head.