THE CLOSET INSIDE Buzz Williams' office at the Bradley Center was, at most, 5 feet deep. He thinks it had a chair or a small couch inside. He's pretty sure there was a light. But he's not sure it would've mattered to Jimmy Butler either way.

Butler just needed a space to focus before games. To shut the world out. Minimize distractions. Get his mind right. So after shootaround, until the game, every game in his three seasons at Marquette, that's where Butler would go.

"I never eat the day of a game," Williams said. "So after shootaround I go in my office, watch tape, go over my charts. Just normal coach stuff.

"One day Jimmy comes in and says, 'Hey, Coach, you think I can sit in here?' He's standing at my door, and he's pointing at the closet. And I was like, 'Yeah, you can sit in there. That's the closet. Why don't you go sit in the locker room?'

Williams and Butler didn't know each other well at that point, but they had the unspoken bond of two men who'd come from small towns in Texas and succeeded despite long odds. So Williams just kind of nodded at Butler and let him sit in the closet for as long as he wanted.

"I just told the managers to take all the stuff that was in there so he could have his little place," Williams said.

Williams, who is now the coach at Texas A&M, has been thinking about that little storage closet a lot as he's watched Butler lead the Miami Heat to the NBA Finals and turn in some all-time great Finals performances against LeBron James and the heavily favored Los Angeles Lakers.

Time and time again, Butler has dug down to some deep well of competitiveness to keep the Heat alive. In Game 5 on Friday night, he seemed downright exhausted during a 47-minute masterpiece in which he went toe-to-toe with a championship-minded James in the fourth quarter, finishing with 35 points, 12 rebounds, 11 assists and 5 steals as Miami extended the series to a sixth game on Sunday with a 111-108 victory.

"His will to win is remarkable," Heat coach Erik Spoelstra said after the game. "To do that in 47-plus minutes and take the challenge on at the other end -- every young player coming into this league should study footage on Jimmy Butler."

With each great performance, Spoelstra and Butler's Heat teammates get asked where that competitiveness comes from. How can a man who was so exhausted that he had to rest on the basketball stanchion to catch his breath after his last drive to the basket that resulted in two free throws, find the energy to hit those free throws and play defense on the next, decisive possession?

Where is that energy coming from? Where is that willpower coming from after nearly four months away from home and family, carrying this underdog Heat team throughout the gauntlet of the NBA bubble that has felled so many other superstars and title contenders?

Each of them tries to come up with an explanation.

Williams is thinking about the closet.

"Oh, he's right where he wants to be. He'd play every day for the rest of his career in a bubble."

MUCH HAS BEEN made these past couple of months about the coffee shop Butler has operated out of his hotel room on the NBA campus in Lake Buena Vista, Florida.

But the coffee shop is something of a front for Butler's real operation -- which is a total, maniacal dedication to his craft.

Butler spent the four-month hiatus in San Diego working out with his trainer, James Scott; his younger cousin, Marqueese Grayson; and a fifth-year senior at the University of Michigan whom he's befriended, Mike Smith.

His house was much nicer than the closet at Marquette, but the concept was the same.

"Everybody was asking about how our life has changed since we've been on quarantine or social distancing," Scott said. "And we're like, actually it's pretty much the same as it would be anyways. That's kind of the bubble for Jimmy. He's just there to work, and he doesn't really have any distractions around him.

"We work out at 4 a.m. every day. If you're at his house, and he's waking up at 3-something to work out, you're working out. Nobody gets by with a free pass. You're going to get up, and you're going to work."

The Los Angeles Lakers defeated the Miami Heat 4-2 in the 2020 NBA Finals to claim their 17th championship. Check out all our Finals coverage here.

• Shelburne: Inside the Lakers' title run
• Lowe: The GOAT debate is different now
• LeBron's Laker Year 2 ends with a title
• The final days of the NBA's bubble

For Smith, it is a dream to work out alongside Butler. Although the hours take some getting used to.

"Next thing you know, I'm up until 12 playing my video game with all my friends, and then he's coming in my room, waking me up at 3 a.m.

"I got up, and then I started figuring out that I have to go to sleep a lot earlier."

The early-morning wake-up and workout might seem like theater. But Butler and Scott believe it serves an important purpose. There's a mental toughness gained from disciplining yourself like that. An edge on your competitors. A self-confidence that you can do more than everybody else, because you have done more than everybody else.

"We don't go out," Smith said. "We're here to get better. That's what [Butler] always preaches. You can have fun later. When he retires and everything is done, he can do all that. But right now, it's time to work."

Scott tries to vary their workouts, to keep things fresh. Last offseason, they did their training camp in London, just for a change of scenery. But the work was the same. They run up hills or sand dunes. They lift weights or heavy ropes. They play volleyball or soccer. And then there's Monster Ball, which is exactly as brutal as it sounds.

"It's a 10-pound medicine ball, and you're throwing it back and forth over the volleyball net," Scott said. "Those games aren't, 'Let's go out and throw the ball around and get a workout in.' No, you better bring it. I don't care who you are, whoever's out there is getting murdered."

Butler is undefeated at Monster Ball, and that includes games where they'll play 2-on-1, with Butler as the 1.

"I don't like to boost Jimmy's ego too much, in anything that we do," Scott said. "But you want to talk about competitiveness? That's where you see it."

TYLER HERRO IS the only one of Butler's Heat teammates who has experienced Monster Ball and all the other brutal offseason workouts. But they all seem to sense it, and draw inspiration from it.

"He obviously emptied the tank," Heat forward Duncan Robinson said after Butler's virtuoso performance in Game 5. "He does whatever it takes to win, and we all just try to follow suit."

Center Bam Adebayo, who is still nursing a neck and shoulder injury, almost felt badly he didn't do more to help Butler carry the load.

"My whole mindset is I have to be better for Jimmy and for my team," Adebayo said.

Opening Week on ESPN and the ESPN App

This, more than anything, is why Butler wanted to play for the Heat. This group of teammates, this hard-nosed culture. This was a place that would appreciate him for who he is, and the way he is.

"Everybody is going to have their own opinion [about me]," Butler said before the Finals. "Nobody is in the locker room. Nobody is at the practices. It's all 'he said, she said' to a point. So, nobody really knows what's really going on. I don't explain anything detail for detail. So, I just take being a bad guy. I like it that way. It doesn't bother me."

That hasn't always gone over well for him with other teams. But Butler always felt, or at least hoped, he'd find a place and a team where it would.

"There's no fluff in Jimmy," Williams said. "That's how I coached him. And that's what he wanted."

Williams was 33 when he first got the job at Marquette, and was doing what he could to prove himself. Butler was an unheralded junior college student who was so happy a major Division I school offered him a scholarship that he verbally accepted on the spot and faxed his letter of intent from the nearest McDonald's.

"The edge that I had of wanting to prove that I could do it was very similar to the edge that he had," Williams said. "So I could say literally anything to him at any time, in any tone of voice, and he would respond immediately.

"That edge has been a separator relative to where he was and where he is now. And if you can't respect that edge, then it's hard for him to respect you. Because he's like, 'Yeah, you must have walked a different road to get here than I did.'"

BUTLER DOESN'T TALK much about the road he's traveled from Tomball, Texas, to the NBA. He also doesn't run from it.

Yes, his mother kicked him out at 13, and he had to sleep on friends' couches throughout high school. Yes, that was difficult. But that's not how he defines himself.

Smith has read about it. But he figures if Butler, 31, wanted to talk about it, he'd bring it up. The only hints he's ever given Smith on how his upbringing shaped him are little comments he'll make about why he likes to train with much younger athletes.

"If you go back to one of the older YouTube videos that he made," Smith said. "He's talking about how he enjoys me and Marqueese around him, because he wants to give us kind of like the life that he never had, in a way." 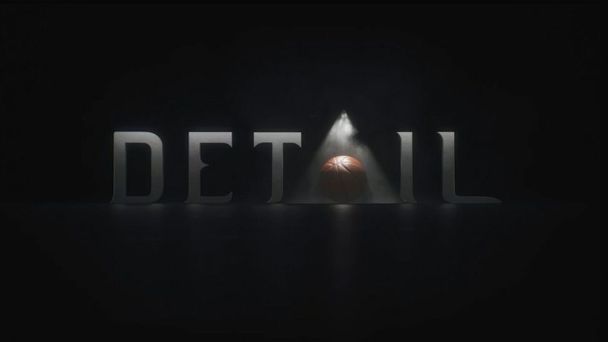 Sundays are family days, while the group is training. Everyone is encouraged to bring their families out. Scott will bring his wife and two young sons to the beach. They'll have dinners together and play board games or cards.

When you grow up without much of a family life, you tend to create your own later. Or join one, like the Heat.

"We really do enjoy being around one another," Butler said last week. "We really do care about each other. ... I think we care enough to be able to tell each other the truth when somebody is not doing what they're supposed to be doing, knowing that we're around each other so much, ain't nobody going to tell nobody no lie."

He still texts with Williams every few days. And when Williams hosted a Marquette reunion a few years ago, he and current Heat teammate Jae Crowder attended.

Last summer when Butler signed his four-year, $142 million contract with Miami, he asked Williams to attend his introductory news conference, and he did.

The next morning, Williams sent Butler a text.

"It was probably 4 in the morning," Williams said. "But I was already in the weight room, texting him, 'Man, if I was as talented as you, I would sleep in. You're a max contract guy, and I'm still hungry.'"

Williams was pretty sure how Butler would respond. The question was, when would he respond?

"He immediately texts back, 'Coach, what's up? Good morning,'" Williams said, laughing at the memory. "Like, of course he was already up and going."