1. D up: New coach Mike Brown has spent almost all of camp focusing on defense. No surprise there. After all, his last two stops as an assistant were with San Antonio and Indiana, two of the top defensive teams in the league. 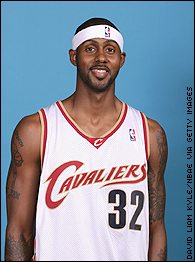 Cleveland, on the other hand, was a defensive joke last season. They were clueless against the pick-and-roll and opponents enjoyed sinking 45 percent of their shots against the Cavs.

That will end this season. In fact, it already did. In their Wine and Gold scrimmage Thursday at the University of Akron, the defensive intensity was palpable. LeBron James got after Larry Hughes and vise versa, just about every shot was contested and the Cavs attacked the pick-and-roll with a vengeance.

"Defense is his main focus," point guard Eric Snow said. "He's been on winning teams. He knows that those teams' main focus was about getting stops."