Now that the NFL combine is behind us, let's take a look at the players who have moved up and down our Top 32, while drawing on the same scouting reports and making changes only where necessary. We're also incorporating charts for each player, which feature the two most important measurables for that player's position (when available). Each chart includes outstanding, average and red-flag benchmarks based on historical data.

We'll continue to update our board as we get closer to the 2016 NFL draft. Although it's a given that some players will move into the rankings while others drop out, this provides a good snapshot of which players currently have the most NFL potential, based on our evaluations. For our full rankings list, check out this link.

(Underclassmen are noted with an asterisk.)

The gap between Bosa and the other top-tier players in this draft is narrowing, but the Ohio State star remains No. 1 on my board. While Bosa does not have elite speed off the edge, as evidenced by his combine 40 time (see chart below), he shows the relentlessness and instincts shared by most top-level NFL pass-rushers. Bosa keeps offensive linemen off-balance with a wide array of pass-rush moves. Playing with outstanding effort, he finished his Buckeyes career with 50.5 tackles for loss in 41 games. 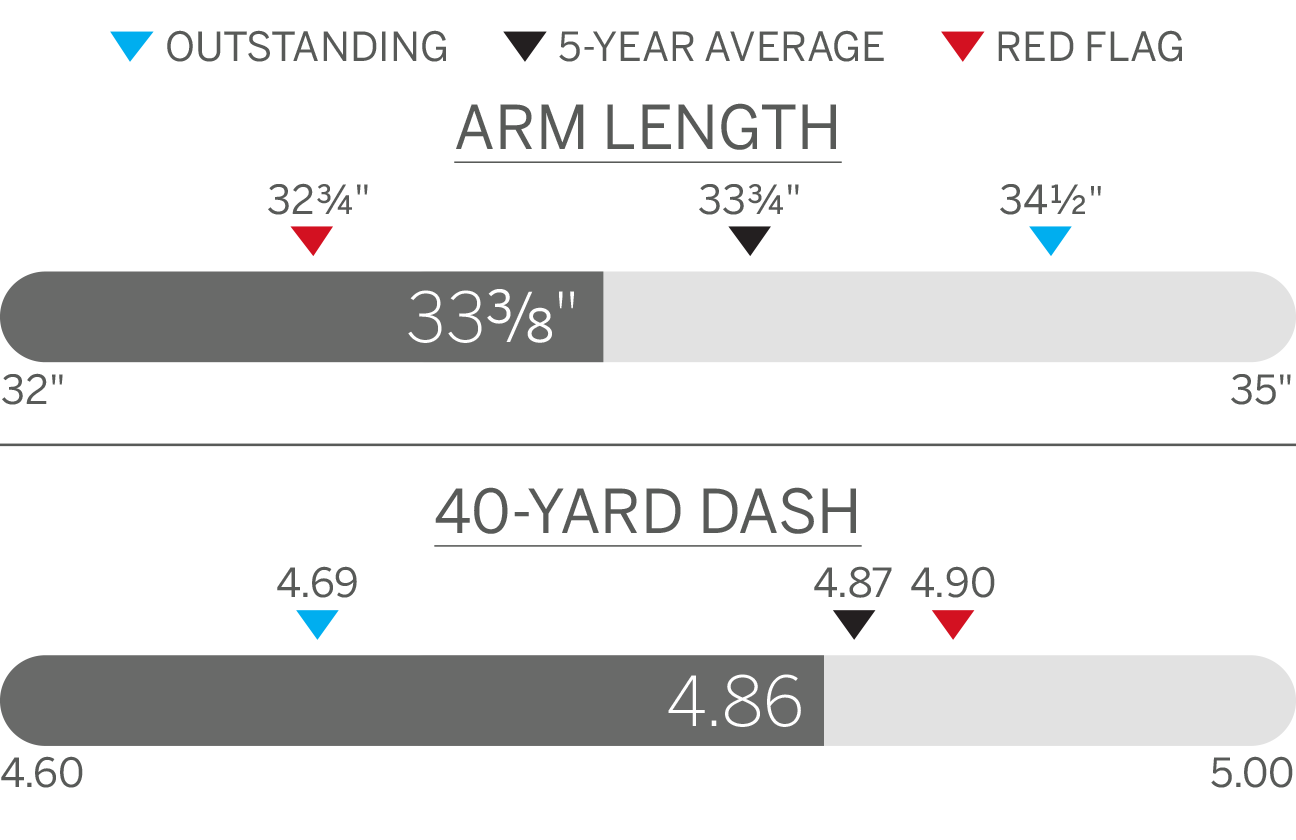