Any NFL team thinking about doling out millions of dollars to New England Patriots defensive end Trey Flowers in free agency evaluates his pass-rushing ability far beyond just the sack total (7.5) he posted in 2018.

That's why we're looking at free-agent pass-rushers and offensive linemen through the lens of pass rush win rate (PRWR) and pass block win rate (PBWR), which objectively measure players performances' on most pass plays rather than just the handful that result in sacks. You can read all about how this new metric works here, but the gist is this: If a defender beats his blocker within 2.5 seconds, he gets a win. If an offensive lineman sustains his block for 2.5 seconds, he gets the win.

There's still plenty we don't know about these win-rate statistics -- the impact of teammates and scheme, for example -- but what we do know is that they increase the sample size on and paint a fuller picture of our subjects. So, we're highlighting some win-rate leaders and interesting cases that are about to hit the open market. Note that three of the top four PRWR free agents (Grady Jarrett, DeMarcus Lawrence and Dee Ford) have all been franchised and are not included here. ESPN's win-rate metrics, and many of the other statistics below, are powered by NFL Next Gen Stats.

We're starting here because Wake's high PRWR stands out, but the reality is that the 37-year-old is just a part-time player at this point. He appeared on 47 percent of Miami's defensive snaps in 2018, so teams looking at Wake will have to weigh that -- and his age -- when considering his future impact. 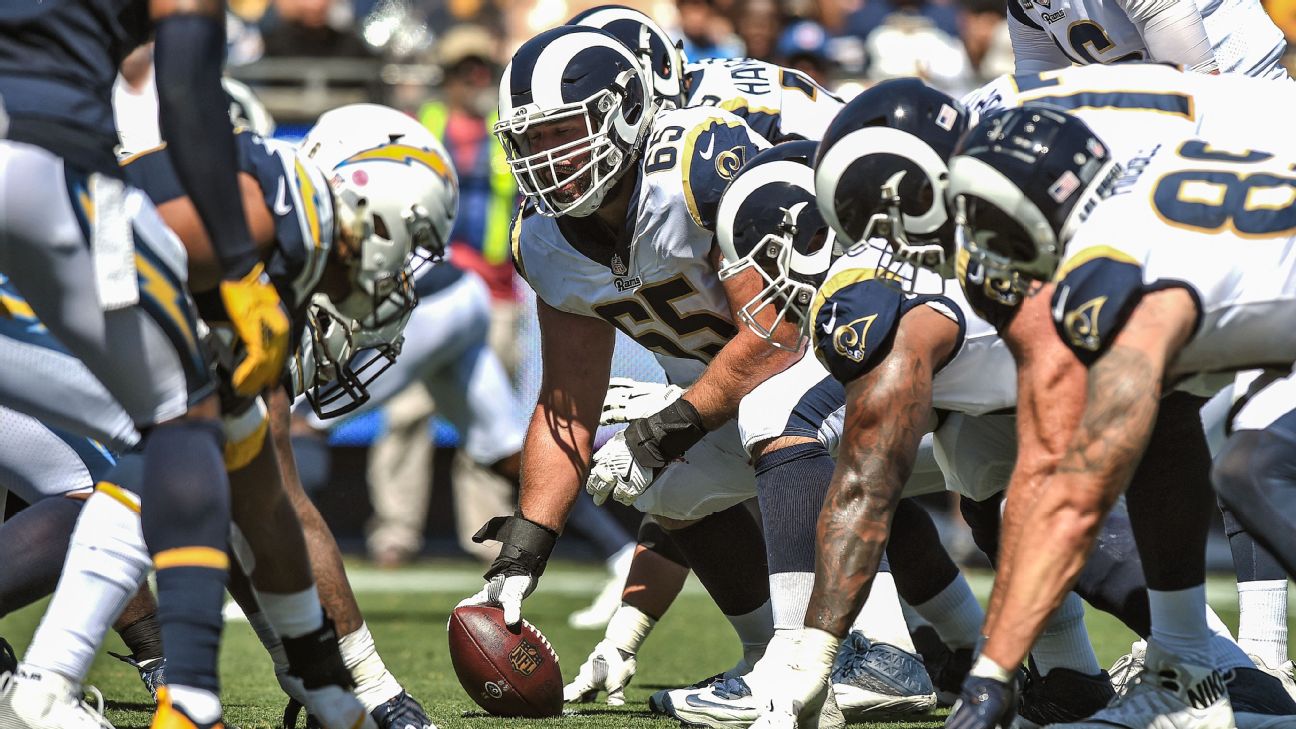 We created a revolutionary new way of measuring the pass-block and pass-rush performance of individual NFL players.
Here's how it works. »
More Analytics coverage »

At the same time, when he did rush the passer last season he was efficient. Another caveat, however: It's possible that only playing half the time contributed to his efficiency, not only because of the extra rest but also because more of his pass rushes came on third down -- when he can fly toward the quarterback and not worry about the run -- than first or second. Still, finishing third among DE/OLB in PRWR is notable.

Though his sack total (six) was down, that was in just over half the number of pass rushes as, say, Dee Ford. Wake lines up in the same spot just about all the time -- on the far outside of the right side of the line -- and when he gets pressure it's usually by beating the right tackle on the outside.

Wake's 2018 season indicates he could still be useful in a specific role for a team.