With 62 points in 64 games, the Chicago Blackhawks are in last place in the Central Division and almost certain to miss the playoffs for the first time since 2007-08. 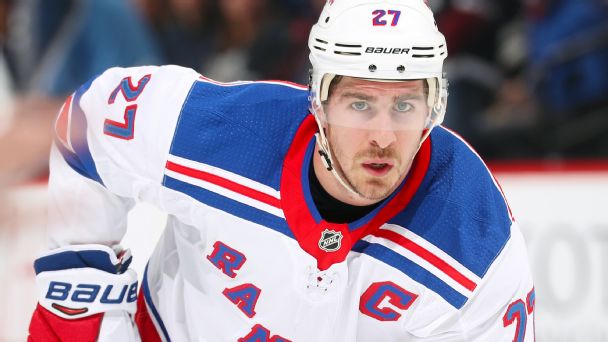 Greg Wyshynski and Emily Kaplan offer up a full breakdown of the madness that was the trade deadline, including the Rangers' bonanza of deals, the shocker for Paul Stastny, a nice addition for the Golden Knights, a new home for Evander Kane and all the players who didn't move. Plus, we hear from you on the ESPN On Ice "rant line." Listen »

It's a day everybody knew was coming, but nobody knew exactly when. To win the Stanley Cup three times, the Blackhawks signed their core players to rich, long-term deals that made them the league's best team in the short term, but it would leave them with too much cap space devoted to older, declining players some day down the road. Apparently, that day has come.

Chicago has spent to the cap but is outside of the playoff picture. The salary cap is expected to rise to between $78 million and $82 million in 2018-19, but Chicago already has more than $53.8 million in cap space committed to just eight players. That rises to just under $59.1 million if Marian Hossa is included, who is missing the 2017-18 season due to a medical condition. If this is not a playoff team right now, it certainly won't be when all those players are a year older, and there is only around $20 million to fill the remaining 10 to 15 roster spots.

To turn things around, here is what we suggest Chicago does with each of its eight core veterans (not including Hossa) -- and how those who should depart can be replaced.