This is an online exclusive story from ESPN The Magazine's Body Issue 2018.

Jessie Diggins made history in February when she lunged the tip of her ski across the finish line in Pyongchang, securing Team USA's first-ever gold in the sport. The dramatic finish took our breath away ... and it took hers away too; one of the Games' more enduring images is of Diggins collapsed on the ground after the finish, gasping for air as she embraces teammate Kikkan Randall. From the set of her recent Body Issue photo shoot, Diggins talked about that moment -- and the intense physical preparation that went into making it. 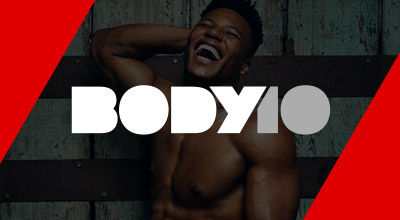 Your exclusive look at the unique stories of 16 athletes.
See the photos »
Visit the archive »

Can you describe the final moments of your Olympic race and making that last push across the finish line?
I was just thinking about getting every single plant in my poles, every single push in my skis, putting so much power into every single stride, to go as fast as I possibly could. I couldn't even hear the crowd. But when I threw my foot out and got that lunge and I saw out of the corner of my eye the Swedish girl's lunge, I knew we had it.

What was going through your mind as you were carrying the flag in the closing ceremony?
It was such an honor to be selected. Knowing that each athlete got a vote and they decided to vote for me, and that they wanted a cross-country skier to carry their flag, it was very humbling. I wanted to just do the best job I could and not let anyone down.

How were you first introduced to skiing?
I was on skis before I could even walk. My parents were super into cross-country skiing, so they put little baby Jessie in their backpack. I'd be pulling on their hair and singing songs and telling my dad to mush like he was a sled dog. And then they got me my own little skis when I was old enough.

Were you involved in any other sports as a kid?
When I was younger, I took dance lessons for 10 years. I played soccer. I ran a bunch of different events in track. I was a swimmer. But skiing was what really caught my eye. I was really hooked on the camaraderie of ski racing. I think there are really amazing people in this sport, and you get to travel all over the world. I love the atmosphere, and that's what really got me into ski racing.

How does the sport push your body?
Cross-country skiing is extremely hard because it uses everything. At the entry level, anyone can do it ... similar to running. But when you get down to it and you start racing really hard, you're using your legs, your arms, your core. It takes power. It takes endurance. It takes everything you have to get across that line. And that's why you see skiers collapsing in the snow after they cross the finish line, because you've been pushing your body so hard for 5 kilometers, 10 kilometers, 30 kilometers. It's a long time to be exhausting yourself.

What do you eat to maintain that level of fitness?
Cross-country skiers burn the equivalent of a Chipotle burrito every hour. So you have to eat a lot of food [laughs], and I try to eat a wide variety. I make sure that every time I build my meal plate I have some carbohydrates, protein, veggies, fruits and some fats, just to make sure that I'm getting everything my body needs to rebuild itself. I eat a lot of snacks throughout the day. But you know, we can eat desserts. There isn't, like, a forbidden food. I'm not on a strict diet because you have to fuel your body and make sure that it's strong and that you can go and run for four hours in the mountains on a training day. Or you can go do intervals all morning and then lift weights in the gym in the afternoon.

What do you do during the offseason to let your body unwind?
April is the month we have off, and I don't ski in that month. I try to really relax and hang out on the beach. I'll hang out with my boyfriend. I'll just be, you know, taking a dance class or two if I want. But I really try to make sure that I don't force myself to do any physical activity if I don't want to. If I don't feel like doing it, it means my body needs a break.

What do you hope being in the Body Issue will do for women's cross-country skiing?
I think, as a society, we tend to celebrate when men show off their bodies, and then sometimes we're judging when women do it. And I think it's really important to say, "Hey, girls can be strong. Girls can have muscles." Cross-country skiing takes a lot of power and endurance, and it's also a graceful sport. And I hope to be able to show those elements in the photos and to inspire younger women to be OK with who they are and what they look like.

Any favorite photos?
We skied on a trail that has these awesome birch trees. That image really stuck with me because it shows how anyone can go cross-country skiing on a trail in the woods and just be in awe of how beautiful it is. It's a silent sport. You're moving under your own power. It's such a wonderful feeling. It's almost meditative sometimes. Obviously not when you're working super, super hard in a race. But when you're just out for a fun ski, you're really just enjoying being out in the woods.

For more from the 2018 Body Issue, pick up a copy on newsstands starting June 29.