With Arsenal having let five first-team players depart in January either on loan or for free, and bringing nobody in to replace them, Mikel Arteta's squad depth for the rest of the season looks a little thin.

It was a move designed to save the club money ahead of what's expected to be a busy summer transfer window, but it leaves Arsenal with only three senior centre-backs (Ben White, Gabriel, Rob Holding) and two central strikers whose contracts expire in the summer (Alexandre Lacazette and Eddie Nketiah).

Thomas Partey and Mohamed Elneny's participation in the Africa Cup of Nations in January, injuries and a COVID-19 outbreak also left the side short in midfield, with Arsenal losing three, drawing two and scoring just a single goal in their five games during that month.

With no new arrivals to count on, Arsenal's youth teams may find themselves the subject of interest if there are more gaps to fill in the coming months. The Gunners are well stocked in wide attacking areas, so we have left out the U23s' impressive duo of Salah-Eddine Oulad M'hand and Omari Hutchinson, but here are some other players who could get a call-up to the senior squad this season. 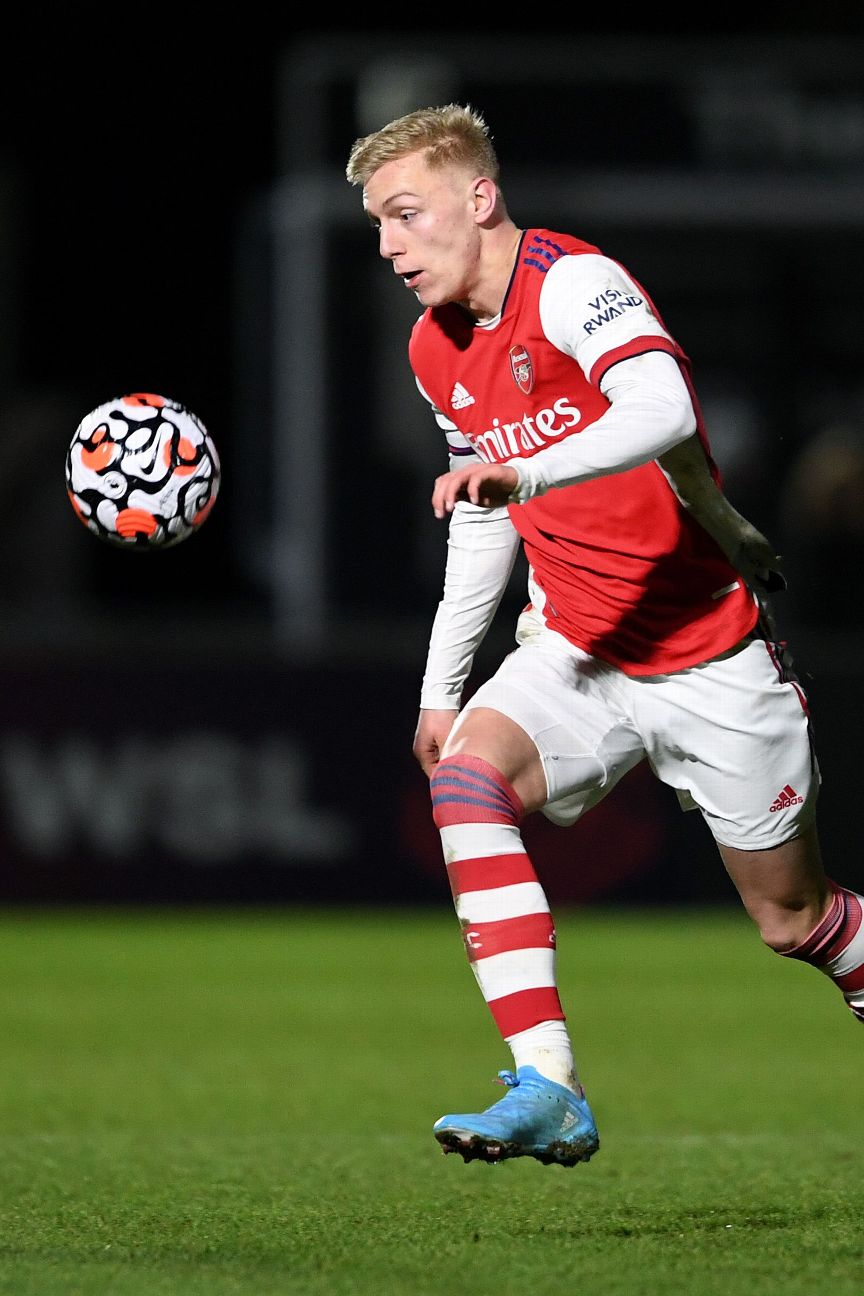 Arsenal signed the centre-forward last summer after he turned down a professional contract at Fulham. A highly productive goal scorer at academy level, Biereth netted 21 goals and provided 21 assists in the 2020-21 Under-18 Premier League for Fulham before moving to the Emirates.

The Denmark U19 international made an early mark at his new club with a hat trick in September's 6-1 away thrashing of Chelsea in Premier League 2. Since then he's also made several promising outings in the EFL Trophy -- getting on the scoresheet again against Chelsea in a 4-1 win -- and has seven goals and three assists from 16 games to date.

In a footballing scene dominated by neat, technical forwards that like the ball played in to their feet, Bierath is something of a refreshing throwback. As a strong and aggressive centre-forward, who stands at 6-foot-1, he makes his presence felt when picking duels with opposing centre-backs. His balance and pace also make him capable of exploiting space in wide areas, while he is happy to chase balls played in behind the defence. For all his physical attributes, the 19-year-old also has a well-developed positional sense -- often finding room for a well-placed finish.

Bierath will need to work on some sloppiness in his link-up game and find the continuity to make an impact in more senior games, but he could find himself given the chance to shine. 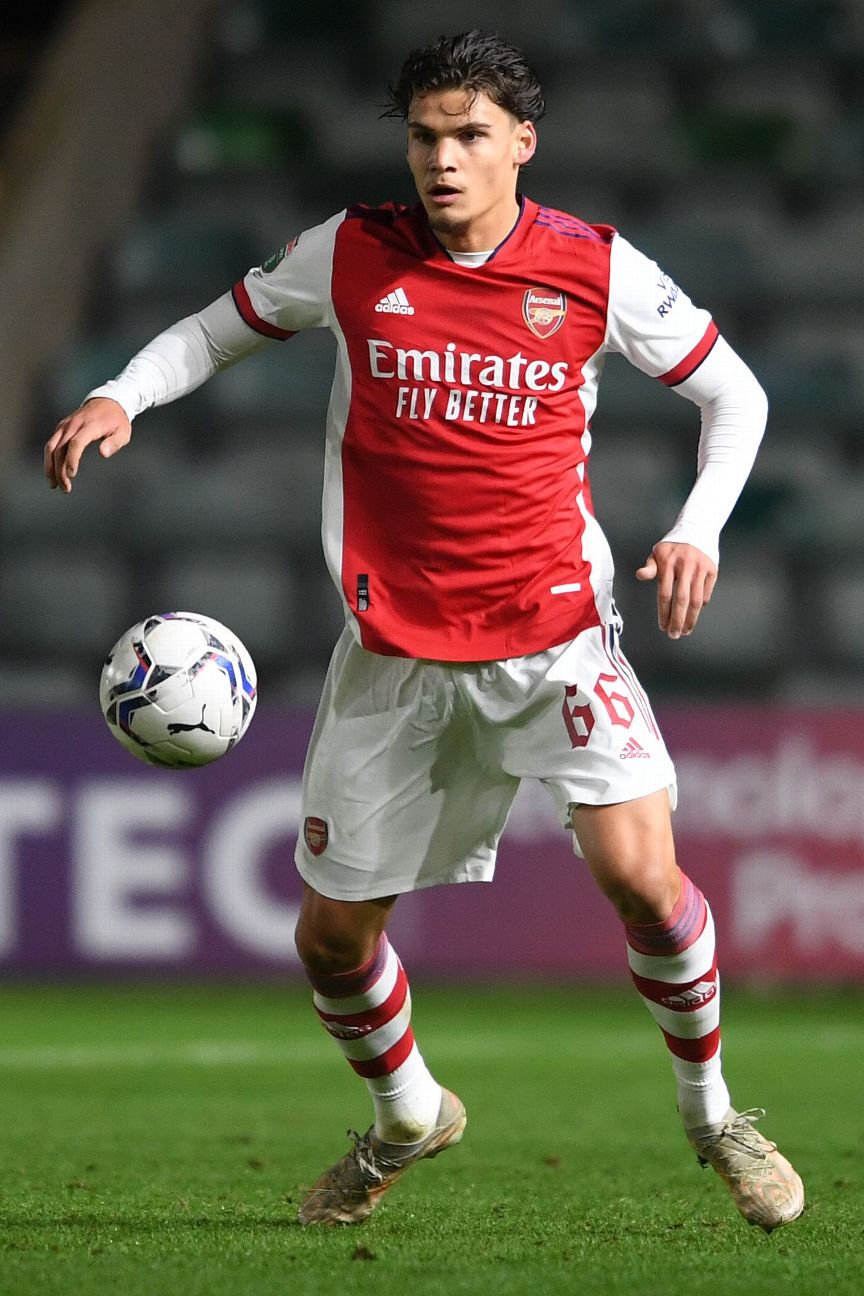 Having previously represented Netherlands U18, the versatile defender was called up to the Tunisia squad for this year's Africa Cup of Nations and registered two short substitute appearances in the group stages. Rekik has had a rather eventful youth career, having already played for big clubs such as Feyenoord, PSV, Manchester City, Olympique Marseille and Hertha Berlin, before he moved to Arsenal in January 2021.

It's easy to see what made academy scouts at such top clubs take note: he's exceptionally comfortable in possession and plays with an authority and confidence usually reserved for more senior defenders. Being reasonably quick and mobile too, Rekik is excellent at anticipating the opponent's build-up, often stepping out of the defensive unit to compete for loose balls higher up the pitch.

While his style can sometimes come across as nonchalant, his intelligence is high and he knows when to play with less risk, while he has the vision to see his teammates' movements up front to make an early attacking pass. Those attributes have already seen him adapt to a defensive midfield role and, though his loan move to Stoke City last month collapsed, as a senior international he should be aiming for regular first-team football next season. 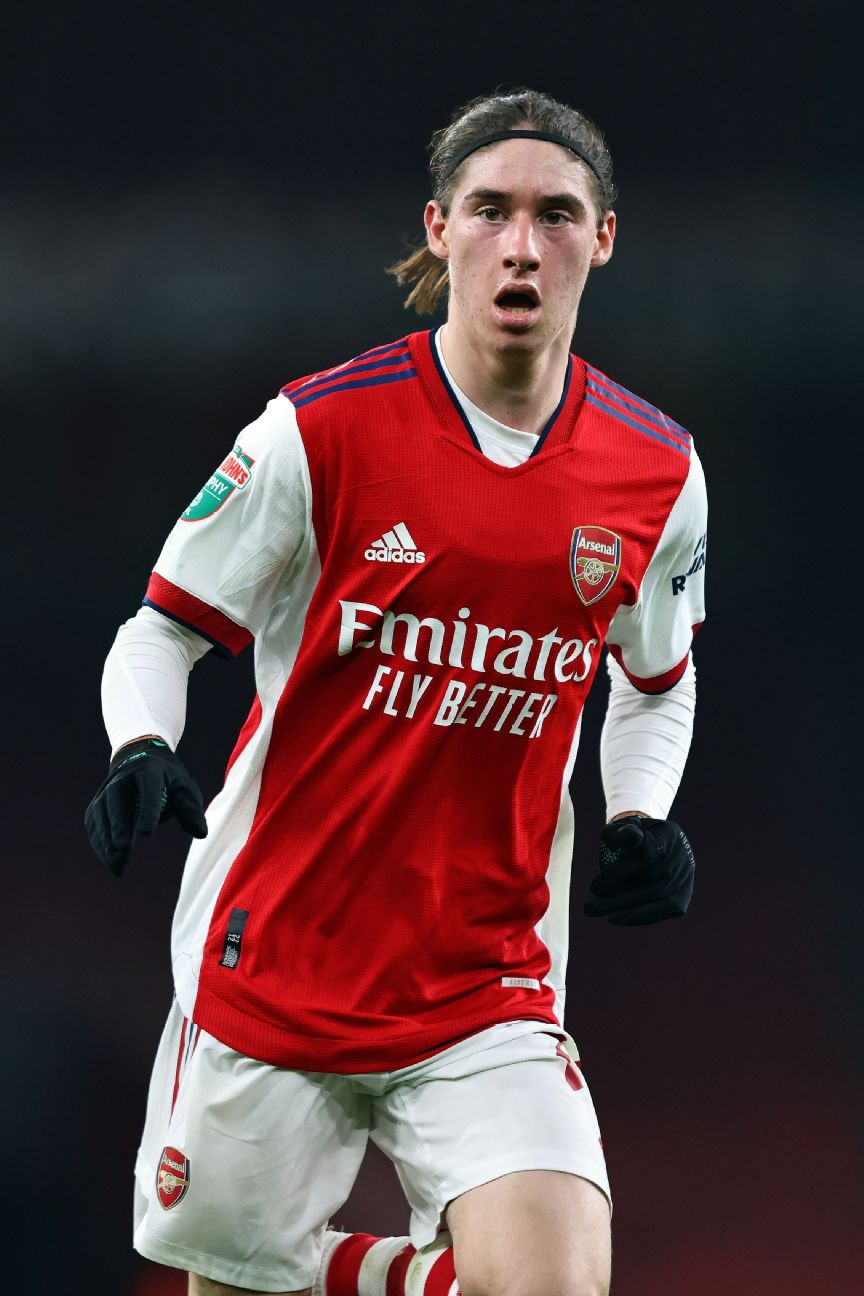 A creative, spontaneous player whose "capoeira-style" goal celebration is an attraction in itself, Flores is supremely gifted technically and possibly the Arsenal youth prospect that the club's supporters are most eager to see. With his quick turns, mesmerising dribbling skills and the ball glued to his feet, he can seem to move like star playmakers from history such as Pablo Aimar and Andres D'Alessandro.

Though born in Canada and in possession of a British passport, the 18-year-old has represented his father's country of Mexico and was the star of the show as Mexico U20s won the inaugural 2021 Revelations Cup in November. Flores was handed his first senior cap for Mexico in a friendly against Chile in December, but has yet to play a competitive game so his international future is still up for grabs if he can be persuaded to switch allegiances.

His father Ruben was a professional footballer in Mexico, and later in Canada, before moving into coaching and Flores has a real football family, with his sisters Tatiana and Silvana playing for Spurs and Chelsea respectively.

Whether lining up in a central position or wide on either side, the jury is still out on what Flores' best position is. He is eager to get involved and his acceleration with the ball often puts his opponents on the back foot or draws fouls. Although naturally right-footed, he strikes the ball well with his weaker left foot too. 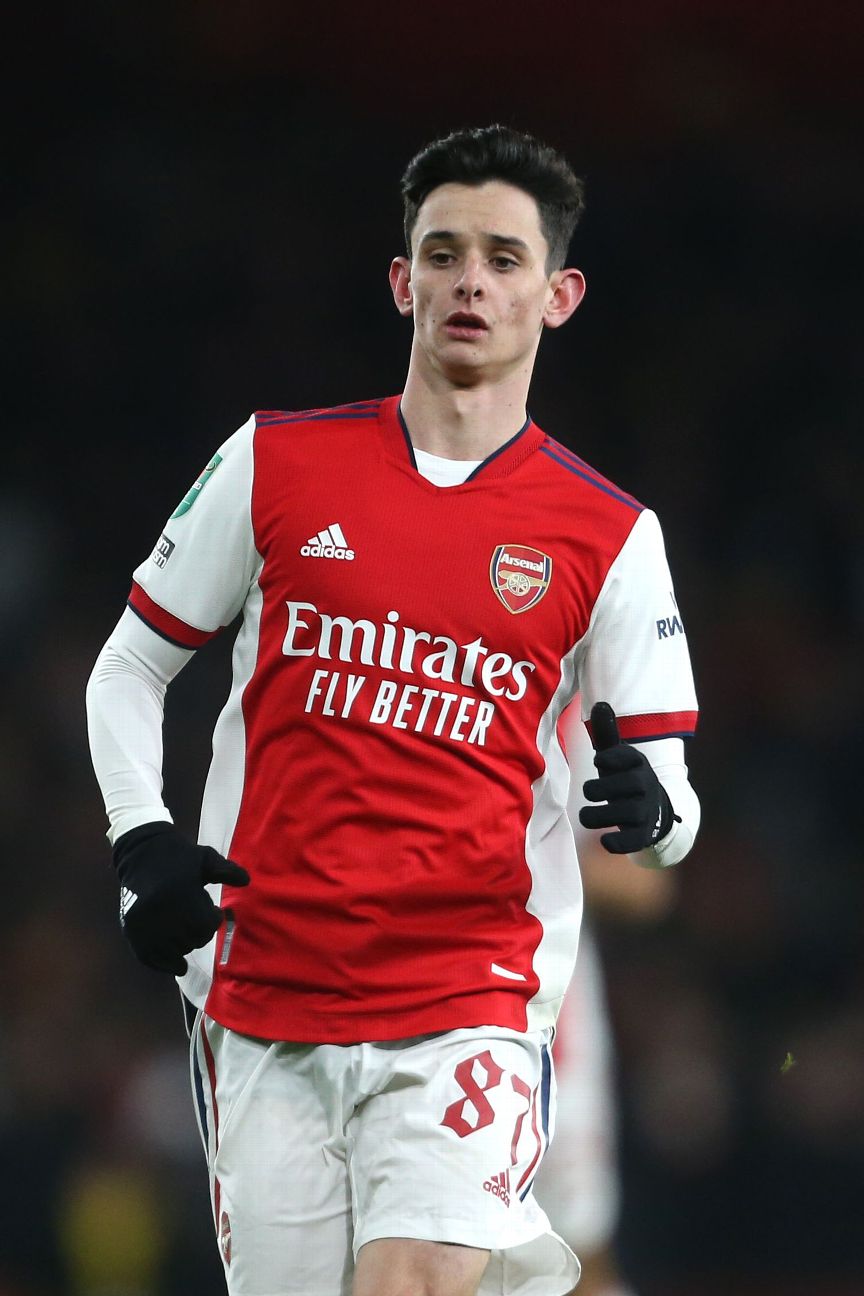 The England U19 international has already had his baptism of fire in the first team, having scored from off the bench in the 5-1 rout of Sunderland in the EFL Cup quarterfinals before getting a start in the FA Cup third round defeat at Nottingham Forest last month.

As a deep-lying playmaker, the Luton Town product comes to life when he can get a lot of the ball and is allowed to dictate proceedings with the game in front of him. Though he's been compared in style to Cesc Fabregas, there's also a bit of Luka Modric in the way he can spray crisp 30 or 40-yard diagonals across the pitch and how he evades challenges through sharp twists and turns.

With a wonderful touch and appreciation of space, added to his composure, vision, intelligence and quality on the ball, Patino has every chance of having a future in the Premier League when he matures fully. 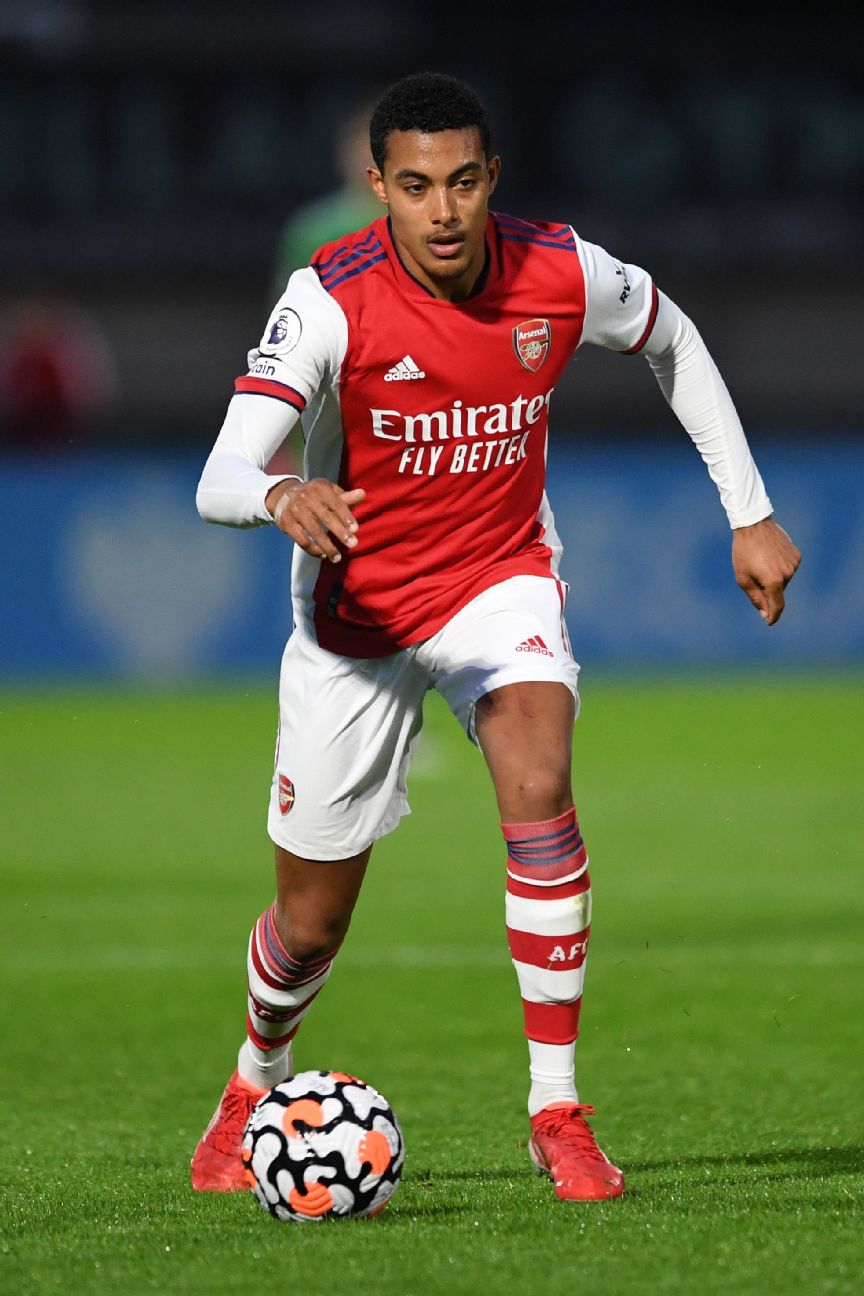 Azeez was recalled by Arsenal in January following a loan spell at Portsmouth, having struggled for playing time at the League One side. The midfielder has already played for the first team, making his debut against Dundalk FC in the 2020 Europa League, and has caught the eye with his outstanding dynamism from central areas.

Though currently more of a holding midfielder, Azeez could potentially turn out to be the ideal "No. 8." Not only can he can shake off challenges when carrying the ball forward, but he can also glide past opponents, protecting the ball well, without losing his balance and has the ability able to thread line-breaking passes.

Enthusiastic and eager in his approach, the England U20 international is diligent in his defensive work, tracks opposing runs and is now developing his understanding of when to break forward and when to stay in the formation.