Mario Balotelli scored his first goal for new club Brescia on Sunday, but his actions caught the attention even before kick-off of the match against Napoli (stream the replay on ESPN+ in the U.S.).

The former Inter Milan, Manchester City and Liverpool striker strode out onto the pitch at the Stadio San Paolo carrying a young mascot who was wearing a full Napoli kit.

It quickly transpired that the child was his own daughter, Pia!

Pia's mother, model Rafaella Fico, is from Naples, and was in the crowd to see her daughter's moment in the spotlight. 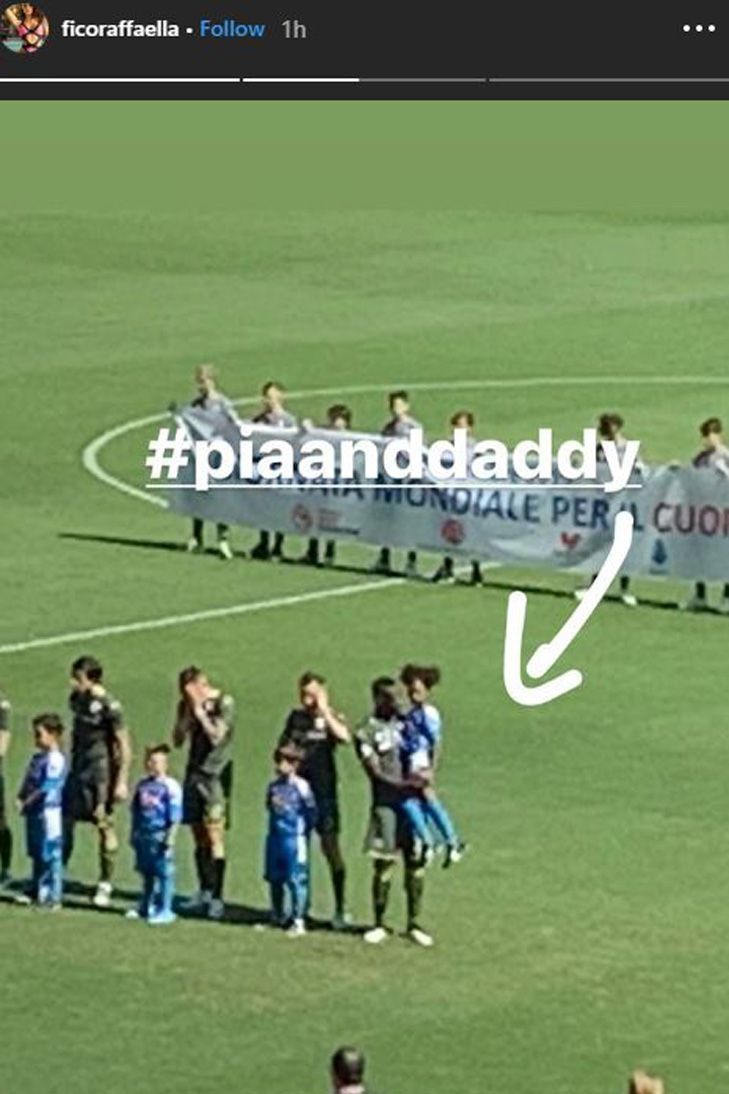 Balotelli's strike was not enough to secure a result for Brescia, who lost 2-1 to Carlo Ancelotti's side.

But a victory would been worth a mere three points. That precious father-daughter moment? Priceless.