MLS is marking its 25th year (watch across ESPN networks in the U.S. starting Saturday) by unleashing a new official anthem by Oscar-winning composer Hans Zimmer, and it is epic ...

To herald the dawn of MLS' 2020 season, the league has been furnished with a new official anthem from Academy Award, Golden Globe and Grammy-winning maestro Zimmer.

The instrumental piece will be played during the prelude to kick-off at all MLS games, as well as being featured on match broadcasts.

The music has motifs of some of Zimmer's most well-renowned cinematic scores, as used on his work with directors Ridley Scott and Christopher Nolan in epic movies such as "Gladiator," "Interstellar" and "The Dark Knight Trilogy."

The orchestra builds from a pounding tribal bass drum beat and Zimmer's trademark deep blasts of brass (which have become known in the movie world as "Braaams") to surging strings reminiscent of the themes he composed for energetic blockbuster romps like the "Pirates of the Caribbean" movies and various all-action Michael Bay collaborations.

Zimmer's stirring anthem forms part of MLS' quarter-century celebrations and is, according to the composer himself, specifically designed to give fans a feeling of "anticipation, drama and excitement" while recreating the mounting atmosphere inside a stadium.

The launch video showcases the intense rhythmic nature of the anthem, marrying Zimmer's score to scenes of MLS supporters revelling in the passion and pageantry of match day.

"Nothing moves people like the global game of soccer," Zimmer said. "Composing an anthem for Major League Soccer was a thrilling challenge and a great honor given its growth and increasing stature in world sports.

"I'm proud of the finished product and of all of the artists who worked on the piece. We have created an anthem that captures the true spirit of MLS and its supporters during this remarkable era for the league."

Ronaldo's new life-sized statue is made out of chocolate

Having suffered at the hands of several unflattering sculptors in the past, Cristiano Ronaldo has now been bestowed with a life-sized statue that is definitely tastier than the rest.

Indeed, around 120 kilograms (265 pounds) of dark chocolate were used to create a 1:1 scale model of Ronaldo to go on show at the Carnival of Ovar in northern Portugal.

The brilliant sculpture was designed and created by chocolatier Jorge Cardoso and took around 200 hours to model, set and finesse.

"It required a lot of research, a lot of ideas discovered on the internet to have the maximum amount of images," Cardoso told SIC Noticias. "It's very complicated to make a bust. Every artist knows very well that when we are representing somebody's face, it is very complicated."

Cardoso also revealed that once the statue has finished its residency at the carnival, he and everybody else must resist the overwhelming urge to eat it.

"It's a chocolate from Venezuela. It's a good chocolate, that is here on loan," Cardoso said. "It could be eaten, but it won't be. I won't let people eat it!"

Raheem Sterling's daughter is Liverpool through and through 😂 pic.twitter.com/c1iGwfpm7J

Raheem Sterling may be one of the most prominent players in world football these days, but it would appear that he's not the biggest football star in his own household.

The Manchester City forward has revealed that his young daughter, Melody, supports his former club Liverpool and regularly taunts her father by singing Mohamed Salah chants to him.

"She has my sort of personality, and she likes to banter and chant Mo Salah's songs to me," Sterling revealed in an interview with AS. "She knows the rivalry between Liverpool and the team that I play for, so she's always singing their songs and trying to wind me up, but that's just her personality."

Of course, Sterling made his name on the Premier League stage as a Reds player, so maybe this is just Melody's way of making sure her dad doesn't forget his footballing roots. Or, like any self-respecting kid, maybe she's just dedicated to ribbing her old man at every opportunity. 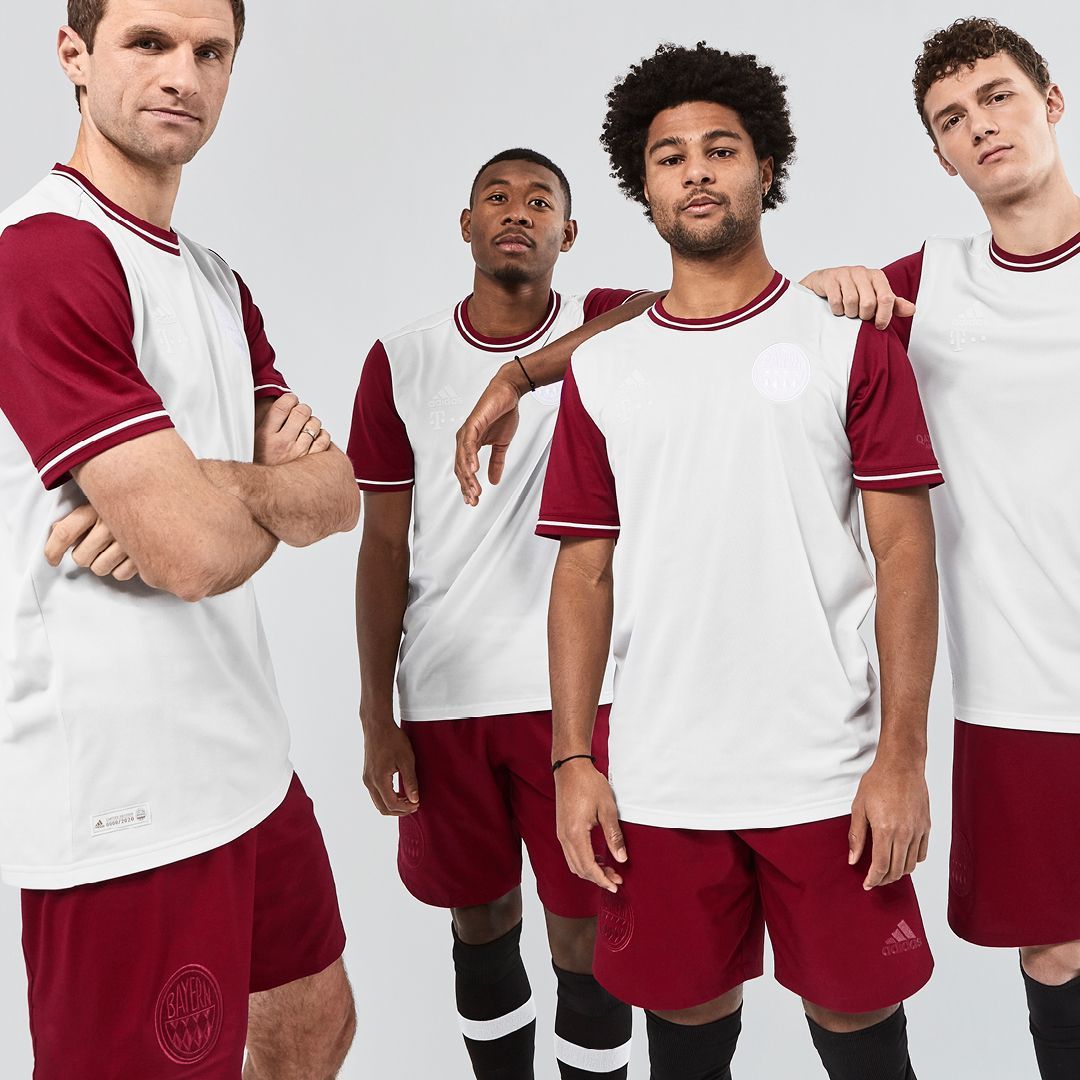 Bayern Munich have a big birthday coming up and have chosen to mark the occasion by releasing a new, vintage-inspired kit.

To coincide with the club's imminent 120th anniversary, Bayern have collaborated with Adidas to produce a strip modelled on the one worn during their first domestic title-winning season back in 1932.

The 120th-anniversary kit boasts a burgundy collar and sleeves with a tonal crest and muted branding to make it look as era-appropriate as possible.

What's more, it will actually be worn on the pitch for the first and only time when Bayern play Augsburg at the Allianz Arena on March 8 after the Bundesliga granted special permission for the Bavarians to do so. 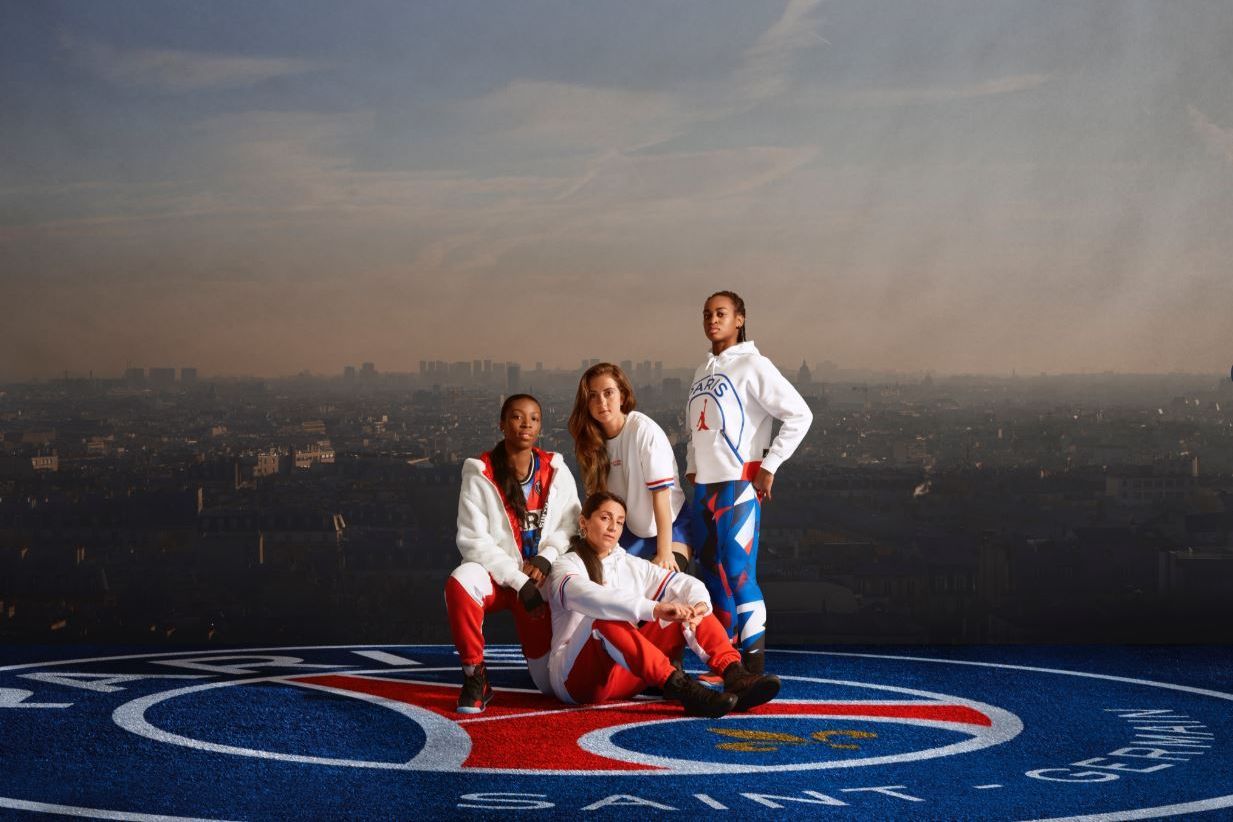 PSG have continued their highly successful streetwear collaboration with the Jordan brand by launching their first women's collection.

The new line is directly inspired by the PSG club's colours as well as the tricolor of the French flag.