This article has been updated since it was first published on May 27, 2020

Juventus star Cristiano Ronaldo debuted a striking new haircut this week when he revealed on Instagram that he had shaved his head.

Ronaldo was filmed by partner Georgina Rodriguez as he was happily pedalling away on his exercise bike and crooning along to a song while sporting a drastic new buzz cut.

Ronaldo, who is isolating at home after testing positive for COVID-19 on Oct. 12 while away on international duty with Portugal, posted the video along with an inspirational message:

"Success in life is not measured by what you achieve but by the obstacles you overcome."

The 35-year-old has missed Juve's last two matches, and it is yet to be confirmed whether he will be available for next week's Champions League clash against Barcelona -- which, of course, means a renewal of acquaintances with longtime rival Lionel Messi.

Still, he has spent the time wisely, by digging out the clippers and updating his look once more. 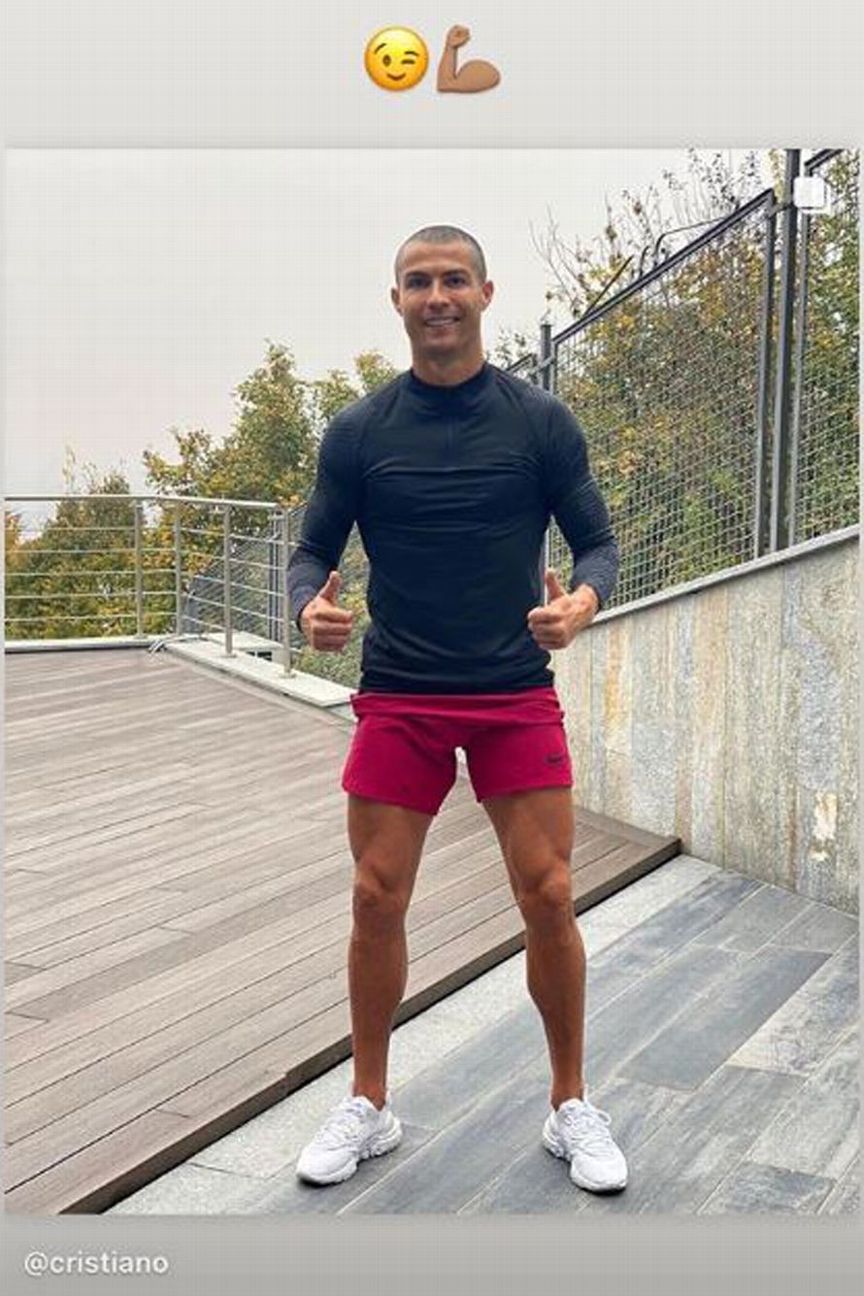 Here's a look back at some of the iconic hairstyles that Ronaldo has exhibited over the years, for better or worse.

Things got off to a stylish start when Ronaldo burst onto the scene sporting a swept-back mane held rigidly in place by an industrial slathering of wet-look gel. 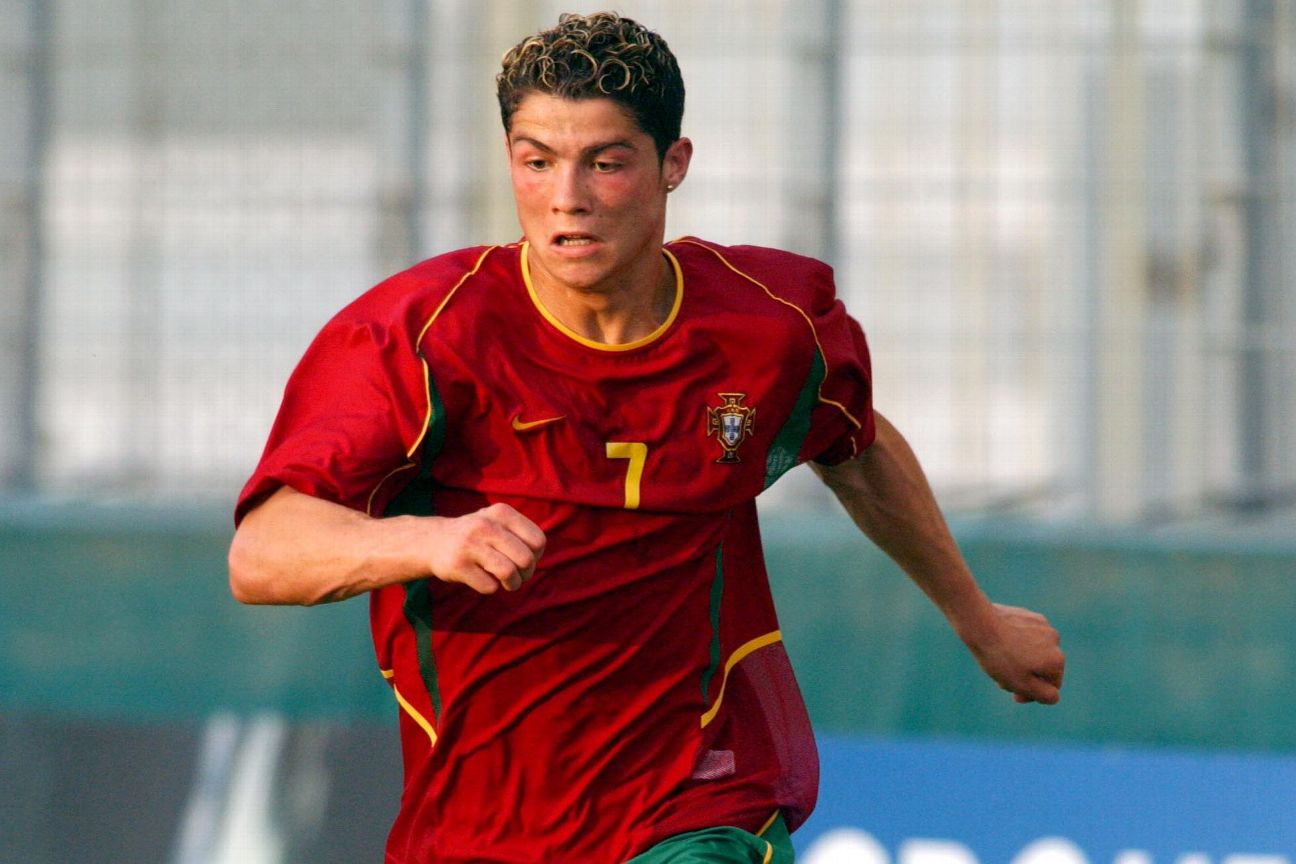 When Ronaldo made the leap to Manchester United, many fans were left wondering who this prodigious Portuguese kid was and precisely why he chose to sleep in a hayloft. 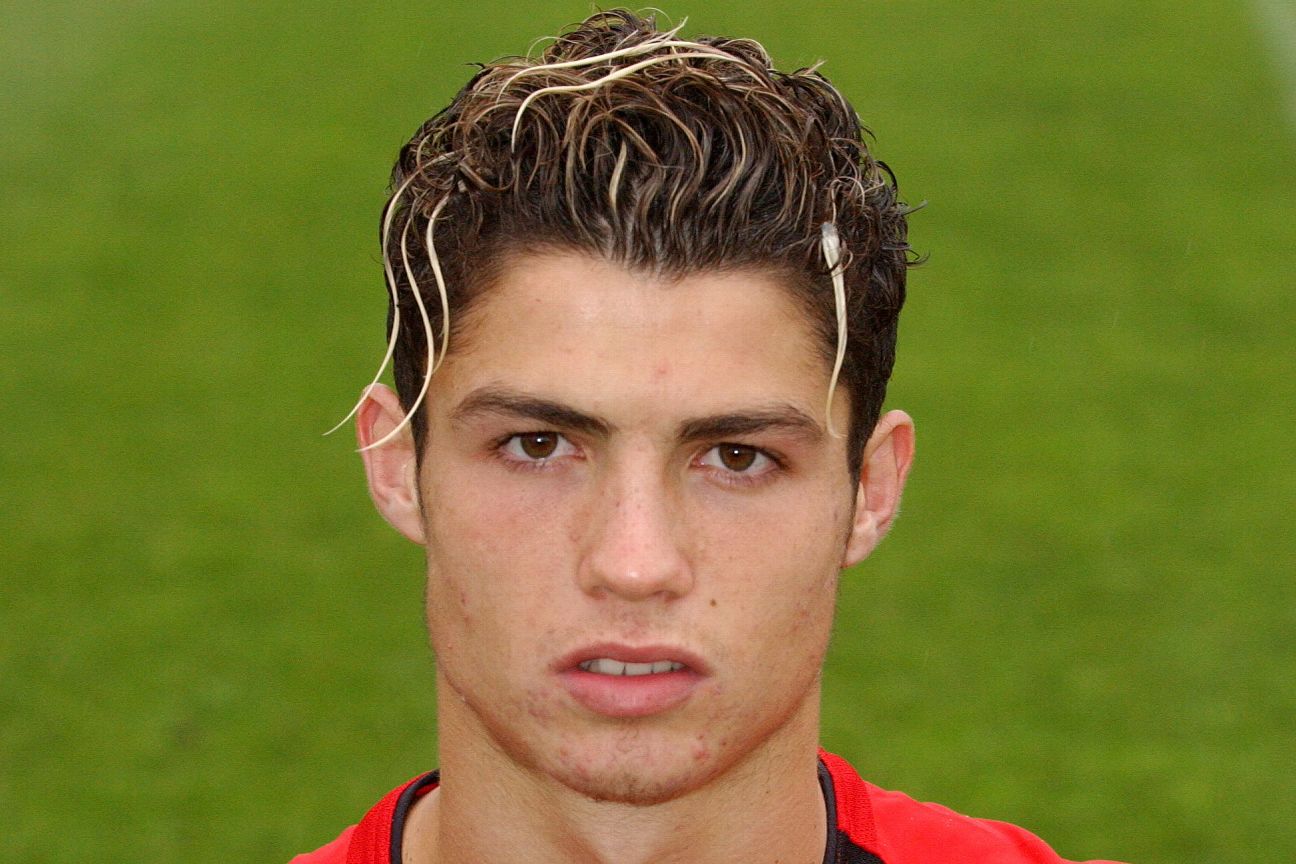 It surely cannot be coincidence that Sir Alex Ferguson appears to be looking on extremely disapprovingly in the background of this photo. 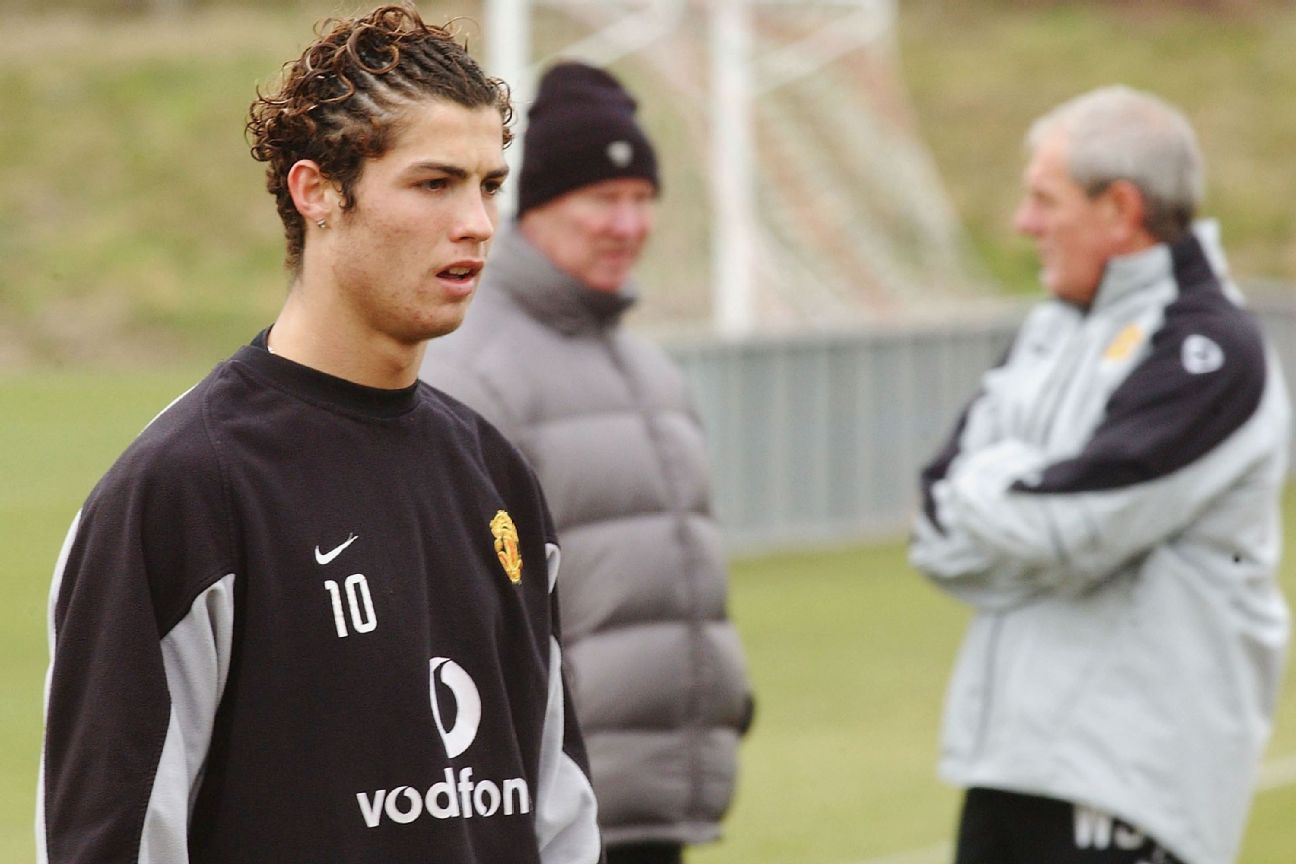 Thankfully it wasn't long before the braids were replaced ... but by something that resembles a live sea urchin. 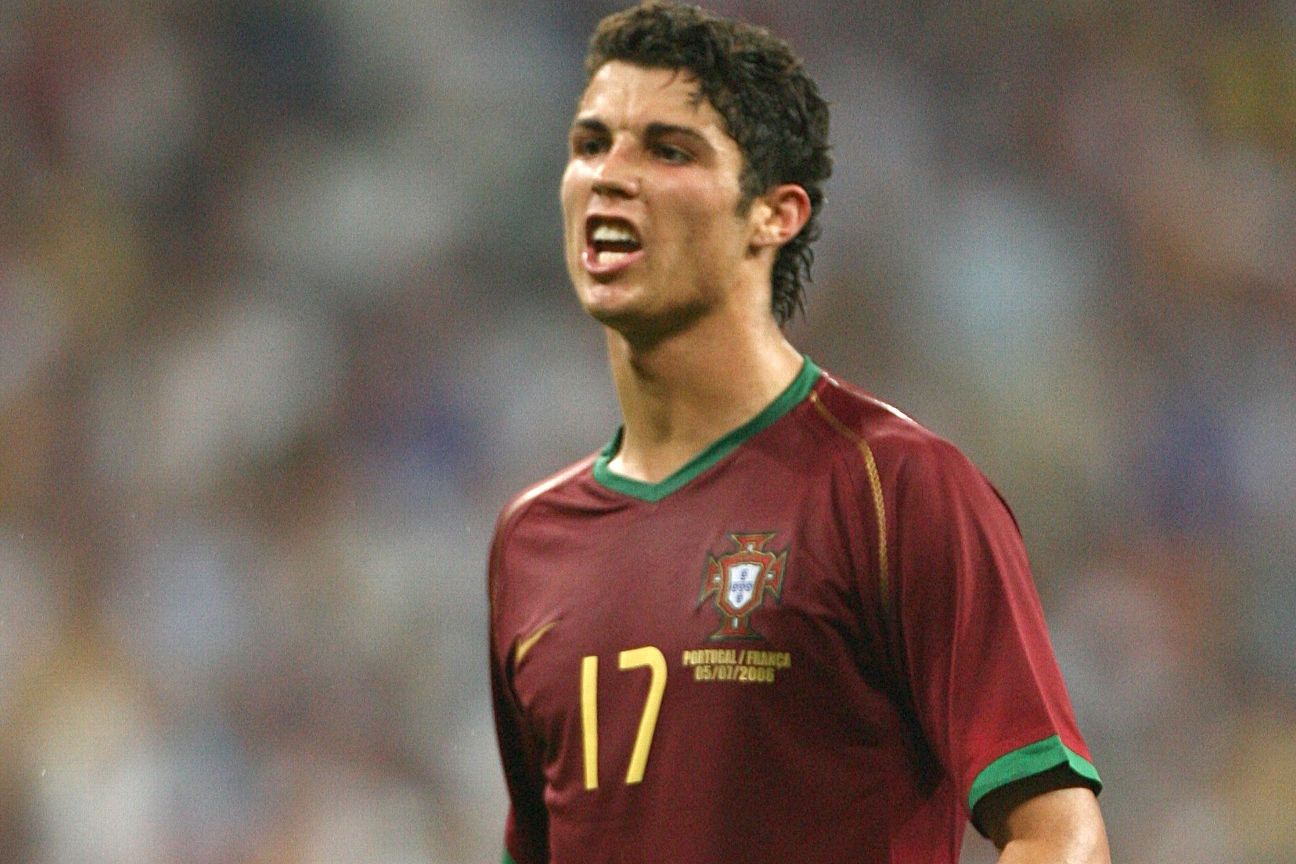 When you sign for Real Madrid in a world-record transfer deal and your presentation attracts a sell-out crowd to the Bernabeu, you definitely need to make sure you look the part. 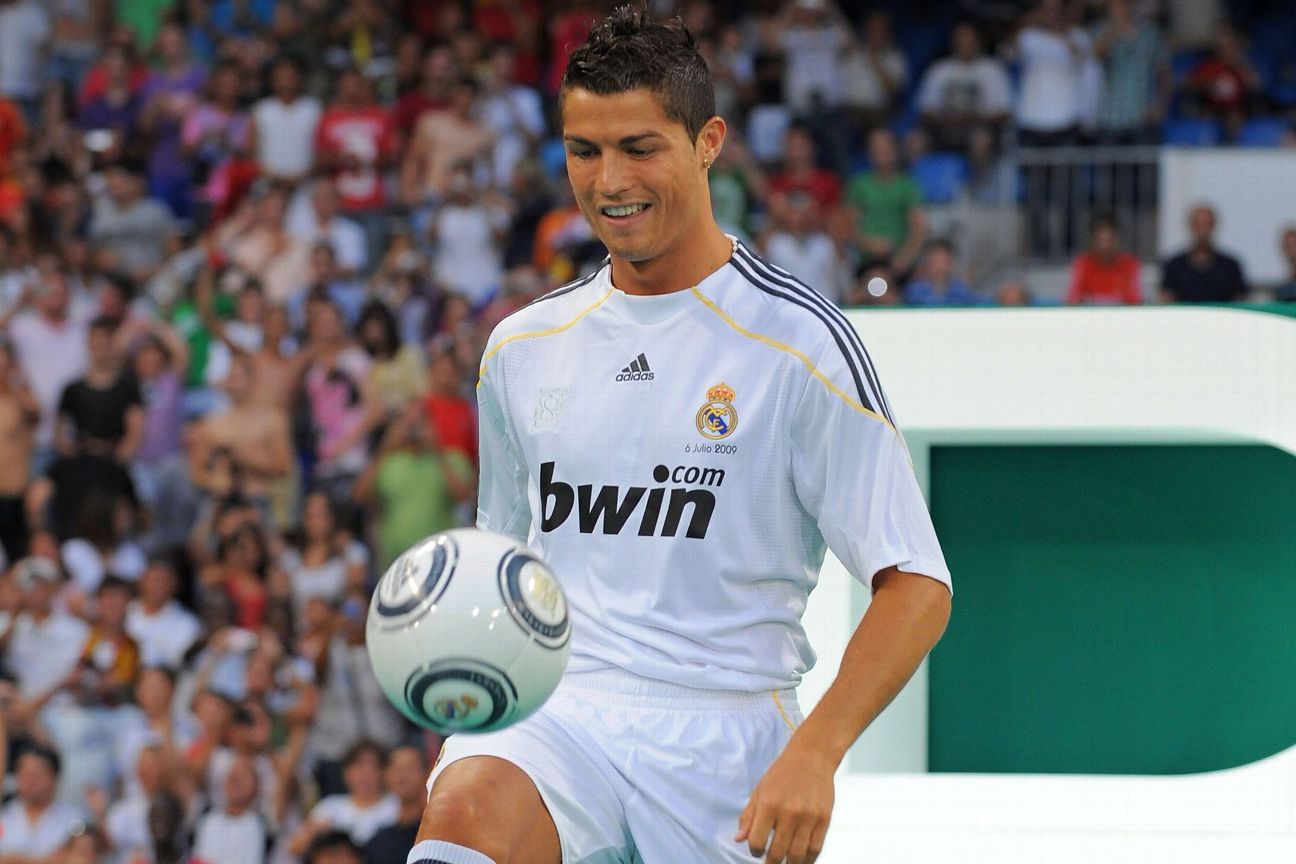 Thanks to his enormous Real contract, Ronaldo was able to increase his hair product budget by a significant order. 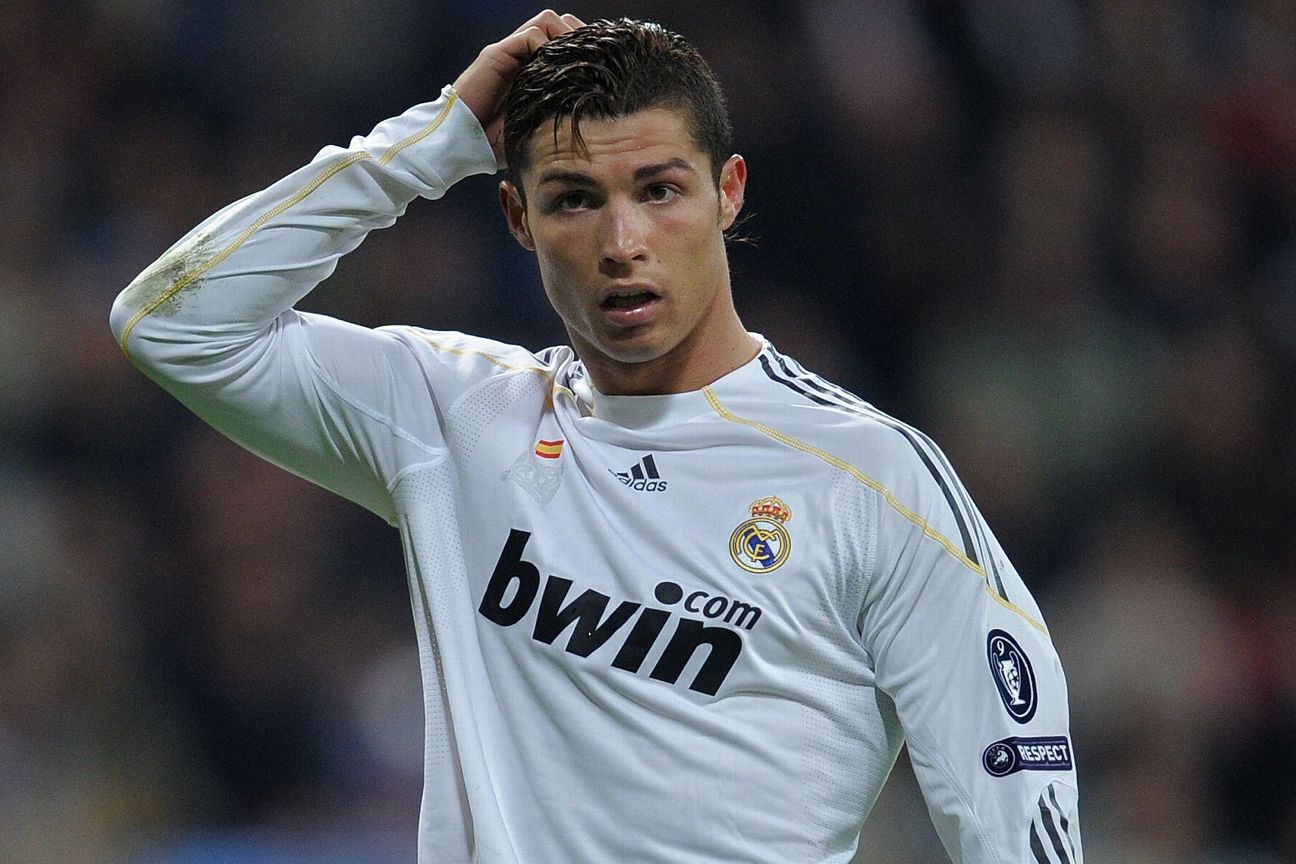 Firmly entrenched at the very top of his game, Ronaldo opted for an altogether more svelte and geometric look, which served him well for many years. 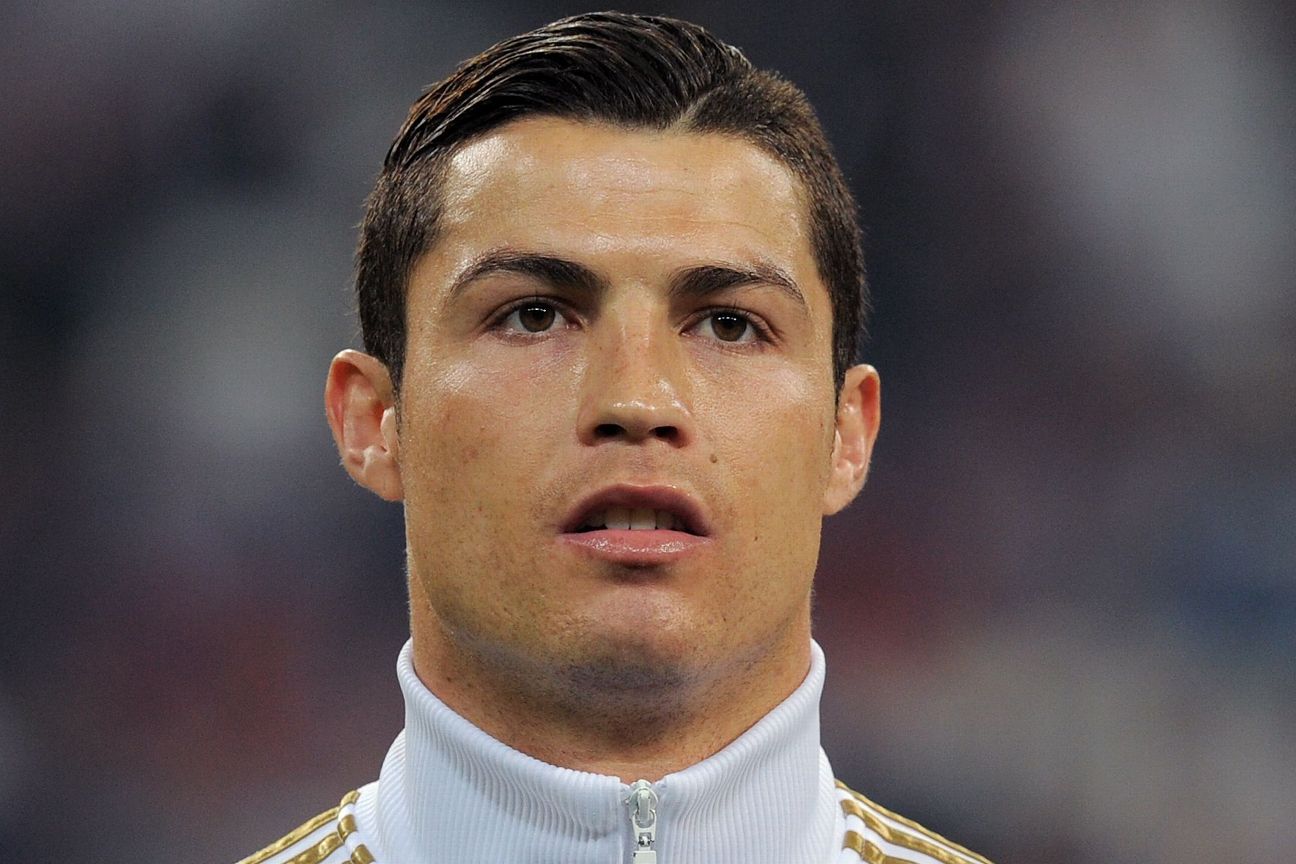 The tramlines look was all the rage at one point, and Ronaldo made sure he was right there. 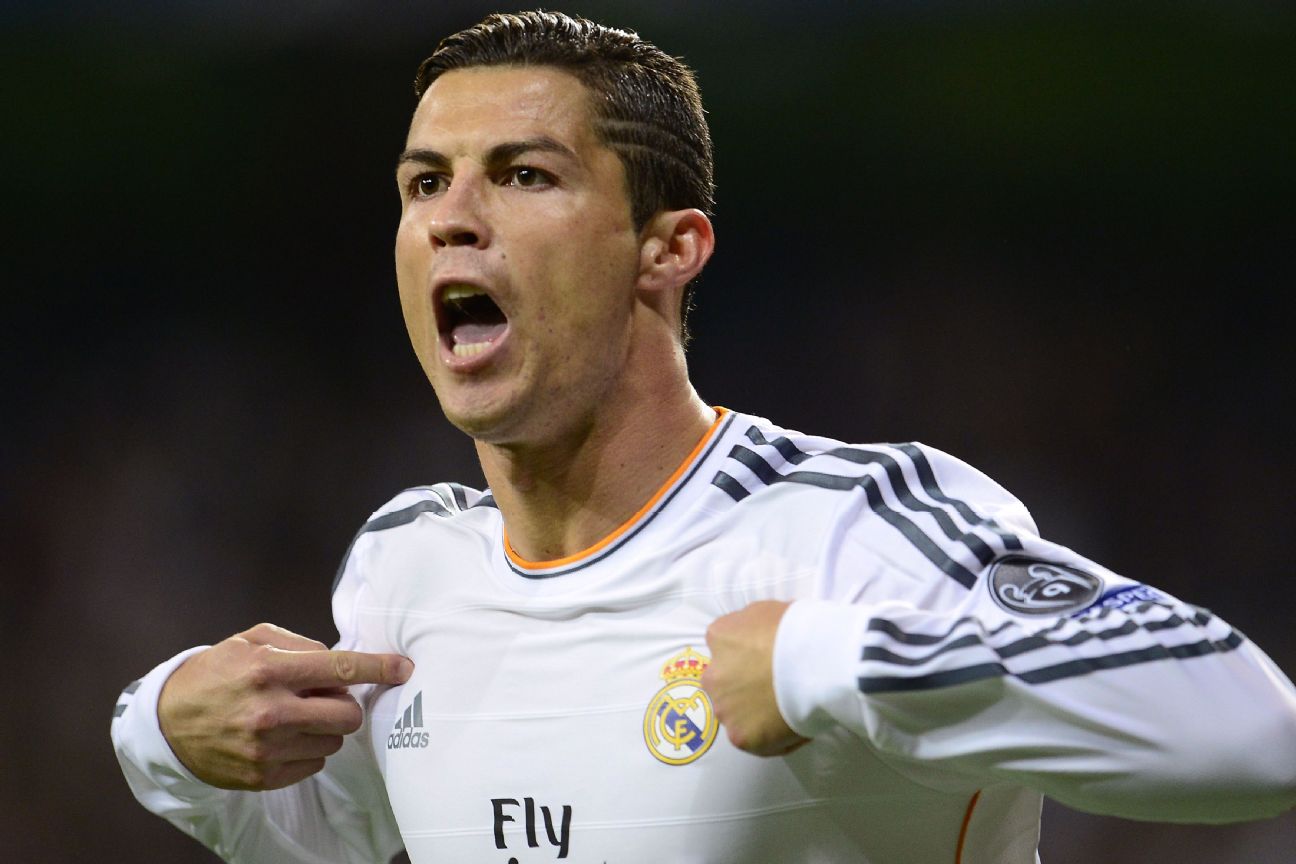 Just when you thought the hay was a thing of the past, the little bleached-blond worms staged a comeback and in far greater numbers than before. 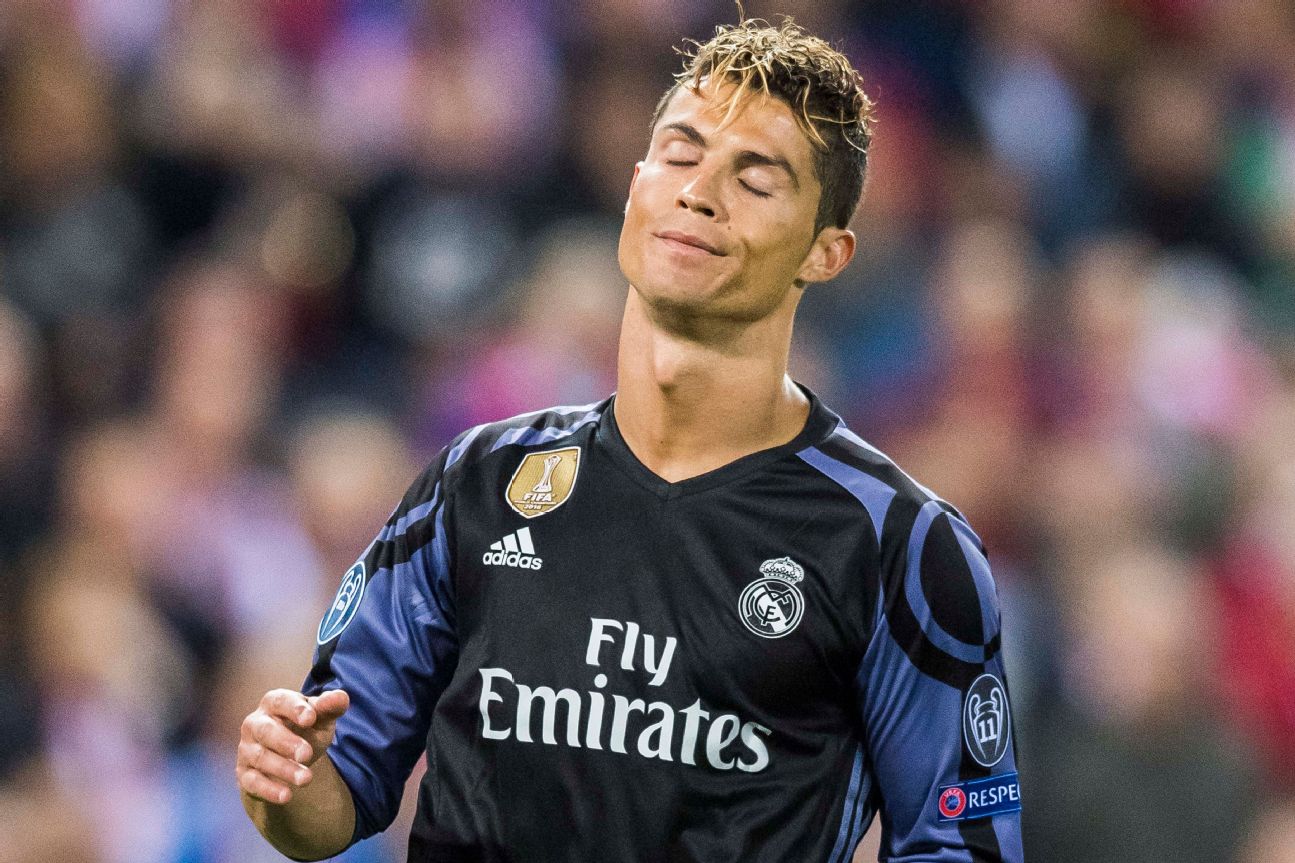 Moving to the achingly fashionable country of Italy necessitated a sartorial overhaul, with Ronaldo trading in his slimy tresses for an immaculate crop. 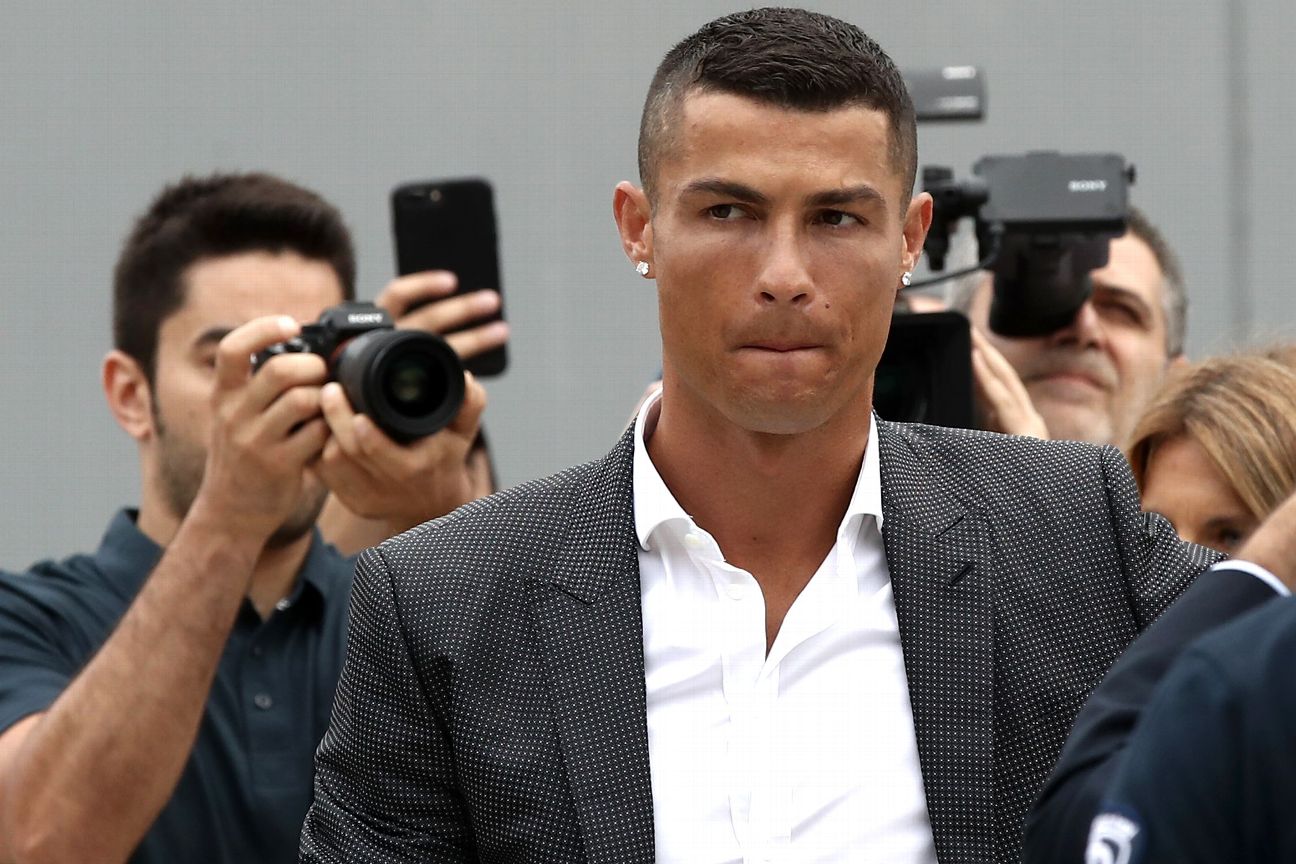 Quite possibly the most regrettable period of Ronaldo's hair evolution. 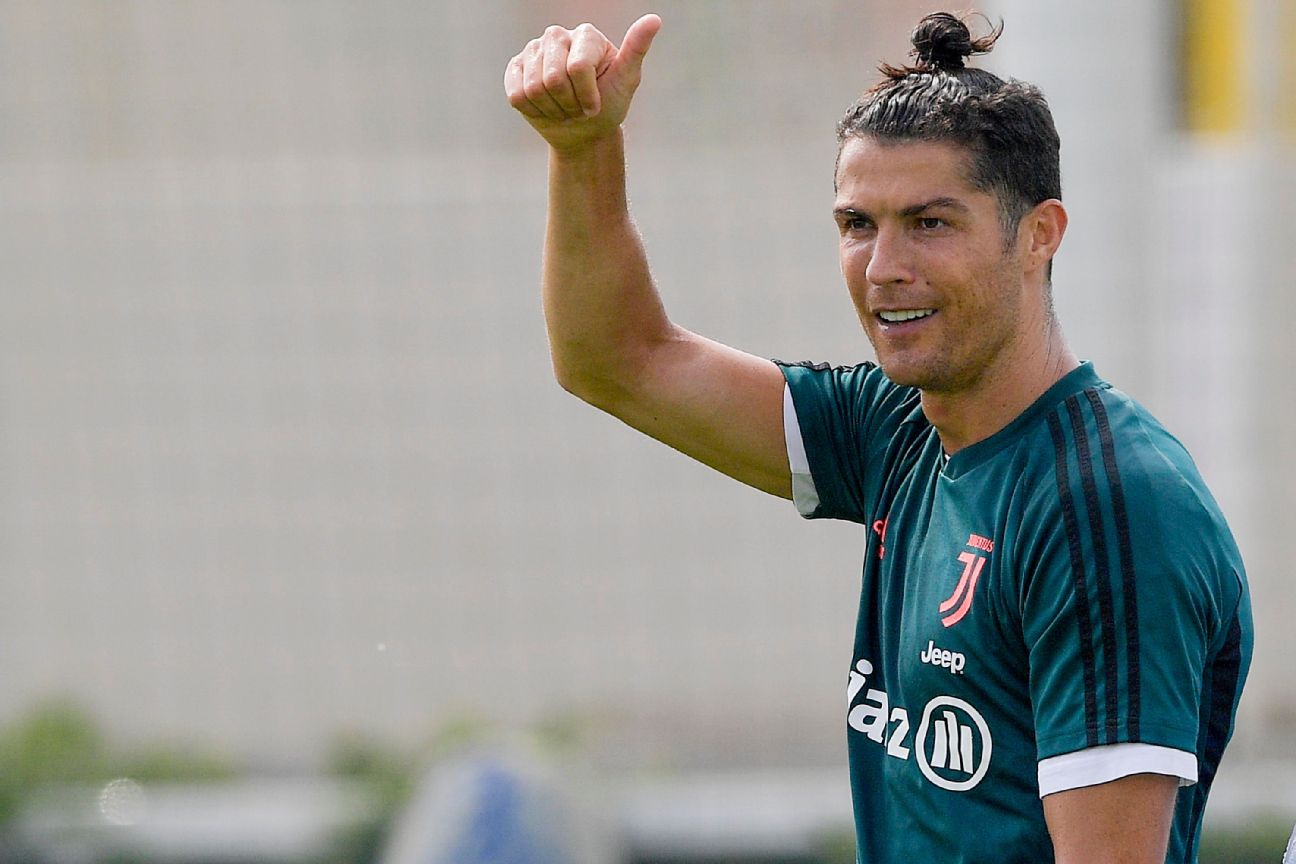 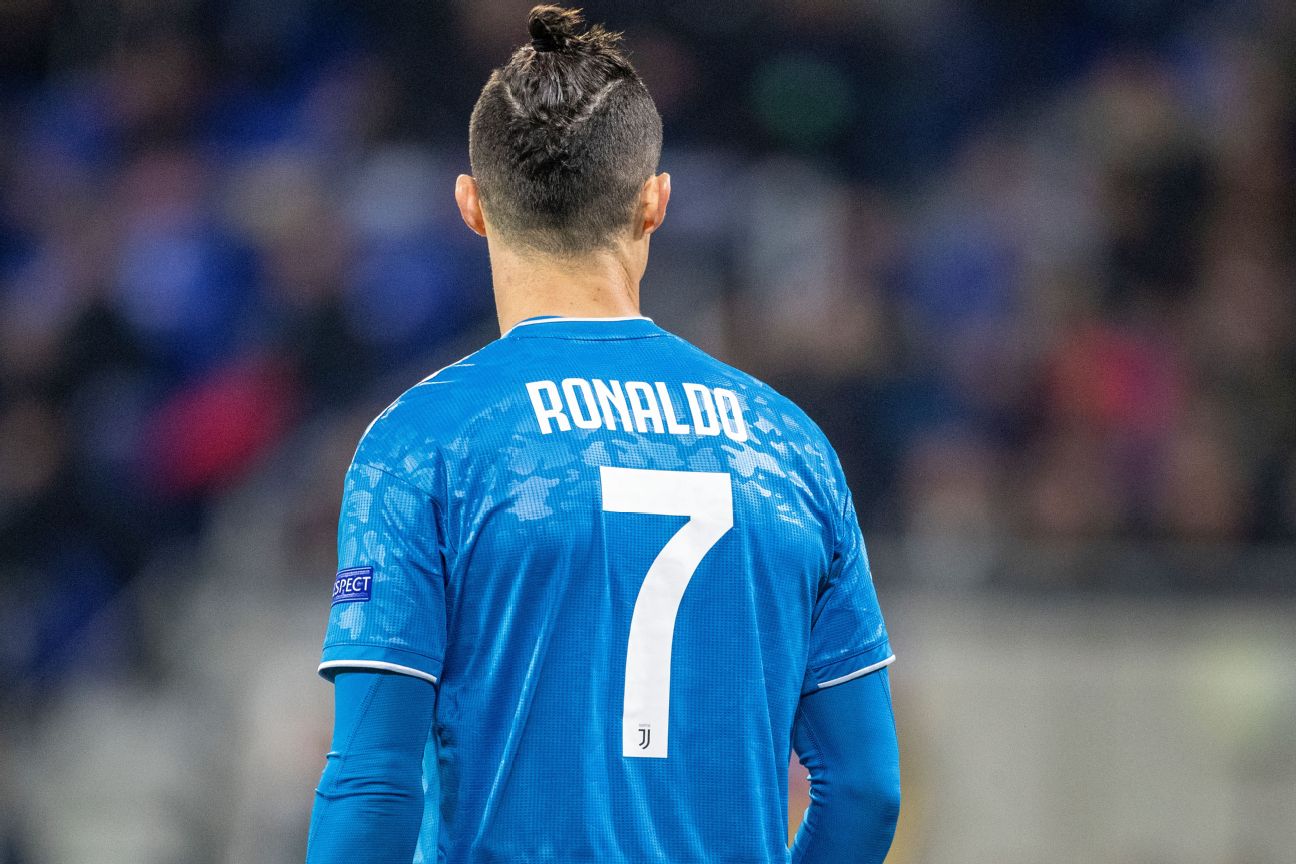 But at least there was some semblance of order when the locks were tied up, unlike the wild mane -- due to professional hairdressers not being available during lockdown -- that was unleashed when Ronaldo removed the hairband.