It's with considerable regret we feel obliged to inform you that Jadon Sancho's proposed transfer from Borussia Dortmund to Manchester United has officially reached "saga" status.

After weeks and weeks of rumours and reports, the latest from the bartering table is that Dortmund have shut down talks and walked away after United failed to meet their Aug. 10 deadline for an agreement to be reached.

United have winced at the vast €120 million fee Dortmund want for Sancho, with the Premier League club also growing increasingly frustrated with the glacially slow progress of negotiations.

With the deal fizzling out, sporting director Michael Zorc confirmed on Monday that Dortmund fully intend for Sancho to be part of their squad for 2020-21. The 20-year-old England winger travelled with the Bundesliga side for their preseason training camp in Switzerland, as confirmed in a cheeky tweet by his club.

You love to see it 😁 pic.twitter.com/RK0rFmngyt

Zorc also told reporters that Dortmund's decision to keep hold of Sancho is now "final" and reiterated that the forward has a contract that runs until 2023.

So that's that, right? Well, no, because sources have told ESPN that United will continue to pursue a deal for Sancho while also exploring alternatives. Expect United's crack negotiators to return to Dortmund in the coming weeks, clutching a big novelty cheque, as the whole tedious affair rumbles back to life again.

The Sancho saga, though, pales in comparison when it comes to the most drawn-out transfer narratives which either ended up in a completed move, a collapsed deal or never developed much further than the back pages. 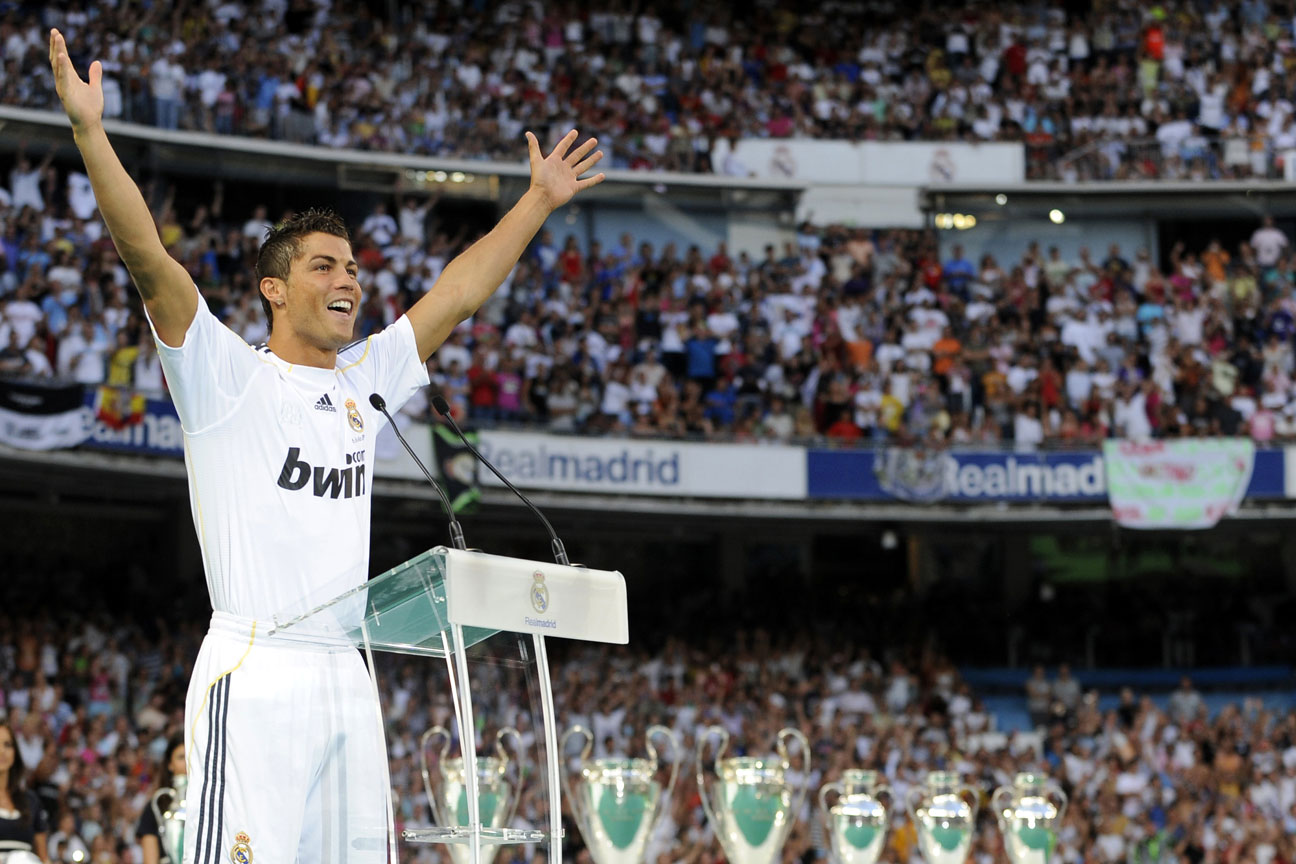 It began on the day of the 2008 Champions League final when several prominent Spanish newspapers ran stories that Ronaldo would be ditching United to try his hand at the Bernabeu.

As you might imagine, this angered Sir Alex Ferguson and the bitterness between United and Real rumbled on for months as the Spanish press continued to stoke the flames over a supposed "gentleman's agreement" that had been struck in private between all involved parties.

This led to Fergie's immortal barb that he "wouldn't sell them [Real] a virus," let alone his best player, as well as the United manager's assertion that signing for "that mob" would be "the worst possible thing" for Ronaldo's career.

Alas, Fergie's caustic words of caution went unheeded, and the Portuguese colossus finally signed for Los Blancos in a world-record €80m transfer in June 2009. In hindsight, in worked out pretty well. 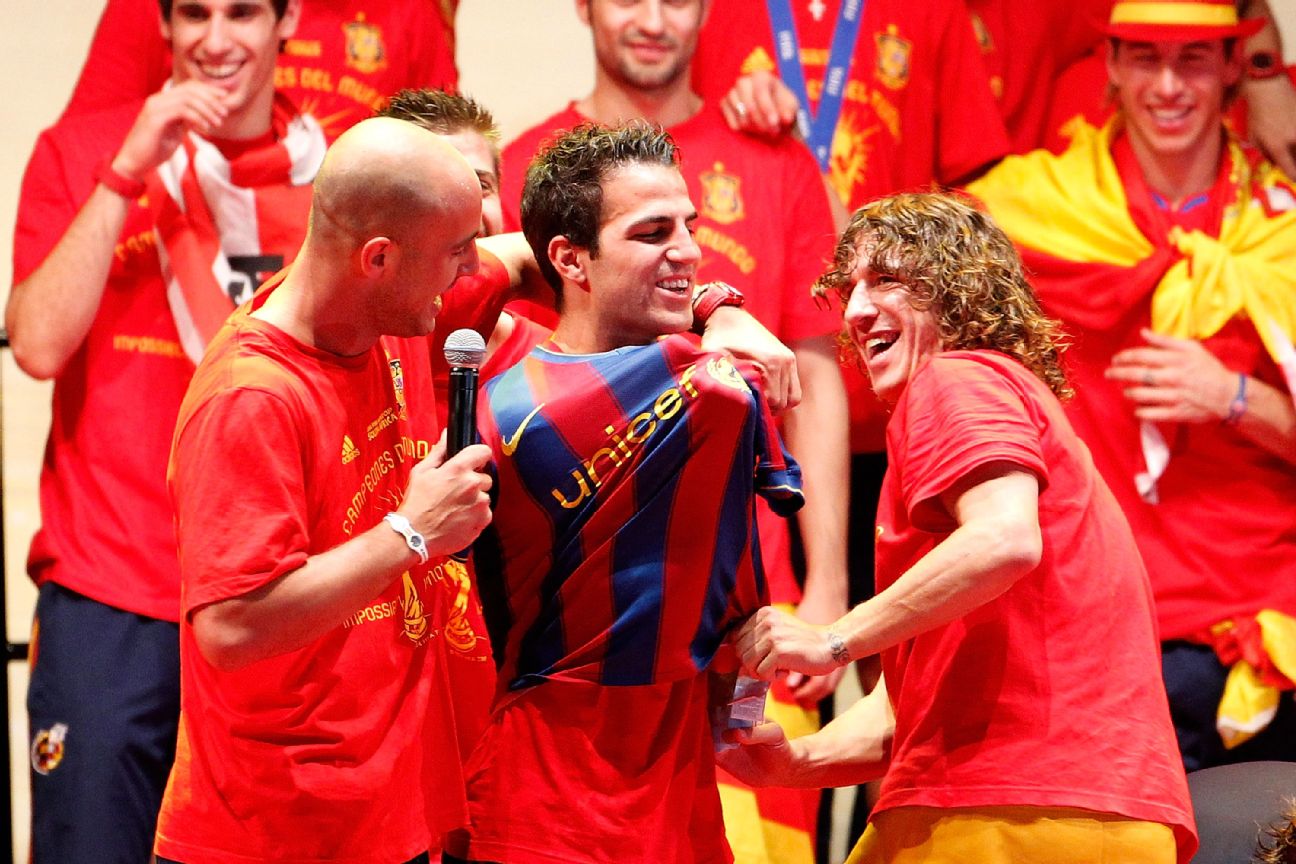 While rumours of Fabregas returning to Barcelona had persisted for years, things really ramped up to near unbearable levels during the 2009-10 season.

A number of Barca players had already been publicly pining for Cesc to leave Arsenal and return to his spiritual home in Catalonia -- see Xavi's infamous "Barca DNA" comment.

This was before Carles Puyol and Pepe Reina forcibly pulled a Barca shirt over the Arsenal midfielder's shoulders for an ambush photo stunt as Spain celebrated winning the 2010 World Cup together.

Ultimately, the genetic lure proved irresistible and Fabregas re-signed for his boyhood club in August 2011 for an initial fee of €29m, thus bringing to an end one of the most protracted transfer sagas in living memory.

Four years after leaving for just £800,000, Pogba finally made his grand return to United in 2016 in a world-record transfer that landed Juventus a cushy £88m profit on their investment.

The clamour for his signature created months of fuss, with Juve dangling a new contract and Real Madrid also sniffing around.

However, Pogba chose to listen to his mother and went back to Old Trafford with the intention of fulfilling his "destiny."

It took so long for the deal to be struck that most people had fallen asleep when the super-slick official announcement featuring Stormzy, which ranks as one of the best signing announcements ever, was made after midnight in Manchester. 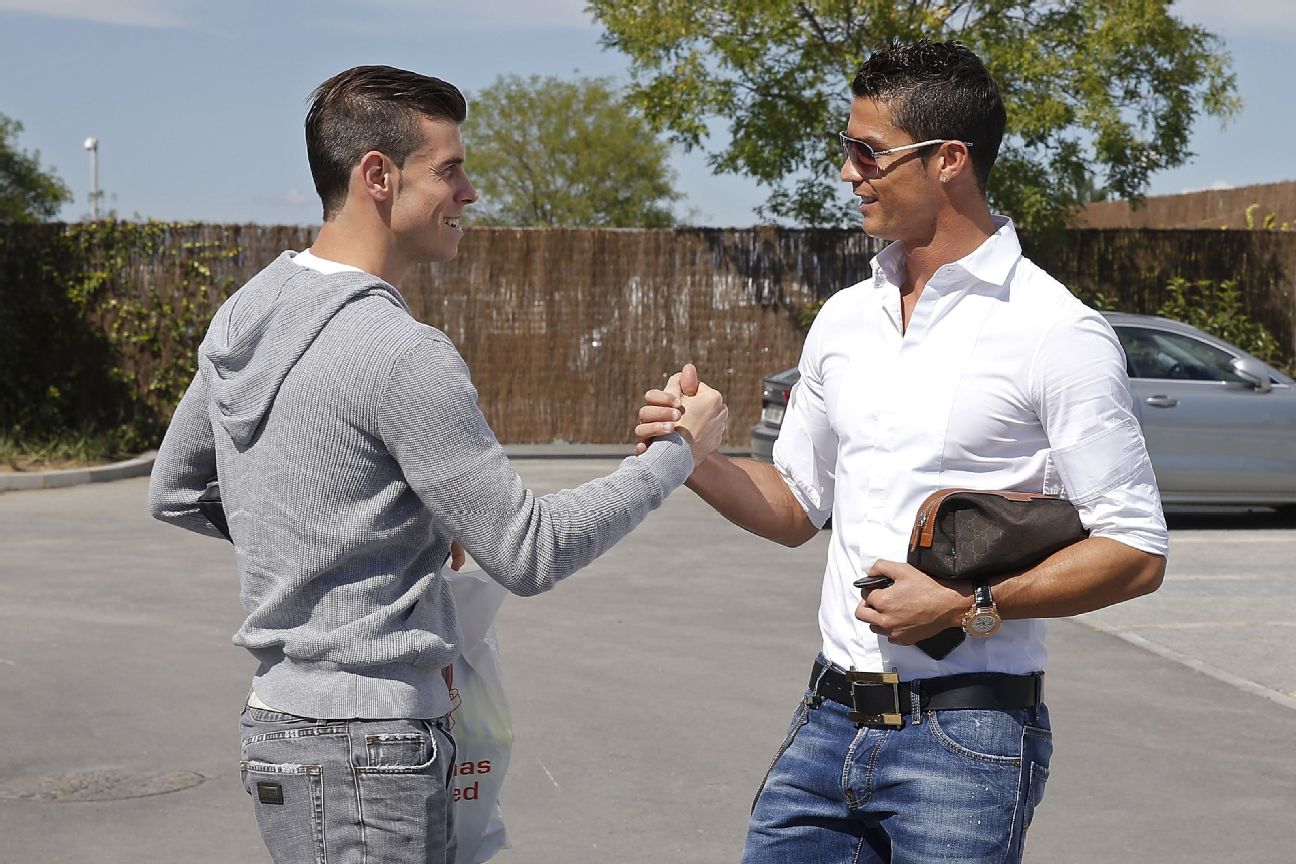 Bale's big move to the Bernabeu was concluded in September 2013 after negotiations and conjecture dragged on for the entire summer; day after day, week after week.

Spurs chairman Daniel Levy was fully prepared to play hardball over his star man, eventually driving Bale's fee up and above the then-world record sum Real paid for Cristiano Ronaldo.

The whole move reportedly came close to collapse on several occasions as concerns over Bale's injury issues kept resurfacing, but Levy and Real heaved it over the line in the end for a new all-time high fee of €100m -- much to the blessed relief of absolutely everybody else. 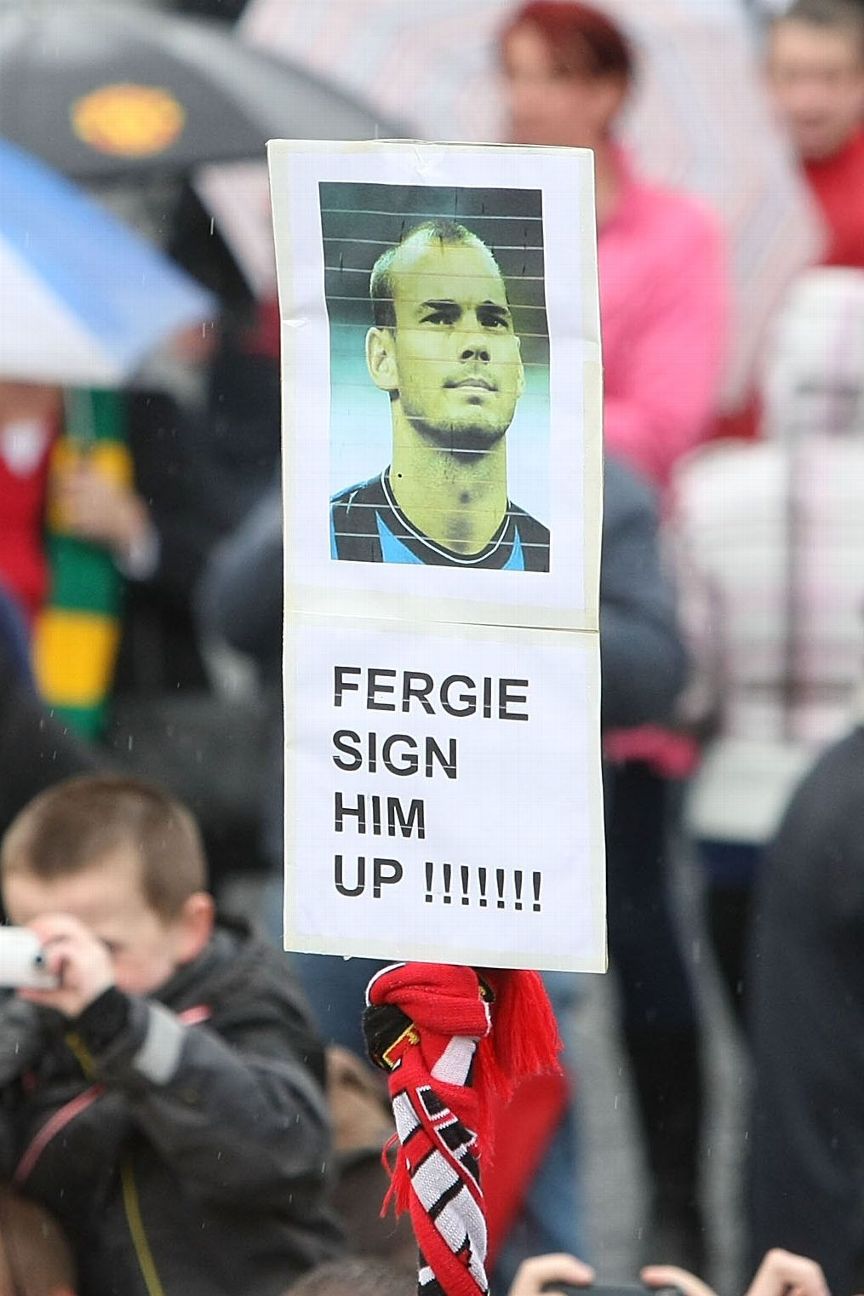 The archetypal non-transfer that fuelled gossip columns for many a summer, Sneijder was supposedly on the verge of joining United every six months for the majority of his career.

There was a point where it looked like the Netherlands midfielder may have had initial contact with United's representatives over a potential switch, but nothing came of it.

However, that didn't stop the rumour-mongers from linking Sneijder with a move to Old Trafford during every single transfer window for the next three/four/five/six/seven years -- to the point where it almost became an inside joke.

Neymar (Barcelona to Pairs Saint-Germain -- and back?)

As if his original transfer from Santos to Barcelona wasn't fractious enough, Neymar really upped the ante when he decided he wanted to leave for PSG in the summer of 2017.

Despite Gerard Pique's insistence that Neymar was staying put, the world-record transfer eventually went through in early August though the bickering and legal tussles carried on for a good while afterward.

Then, two years later, Neymar decided he'd had enough at PSG and wanted to move back to Barcelona, kicking off another three months of interminable headlines.

Alas, Barca and PSG couldn't make things work and Neymar is still on the books at the Parisian club -- for now. 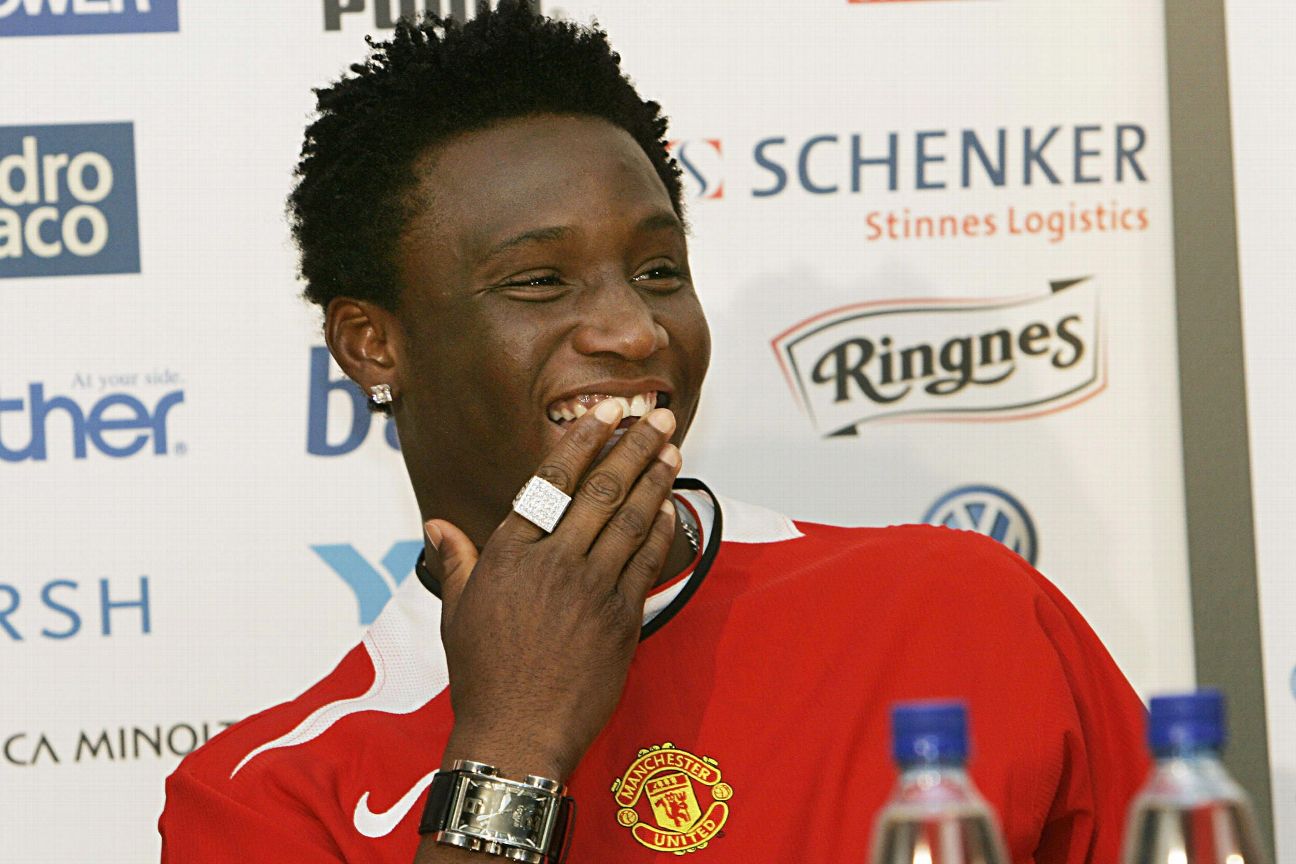 One of the strangest transfer sagas in recent years was Mikel's odd, splintered move to Chelsea from Norwegian club Lyn, via the very briefest of stints as a Manchester United player.

United rushed through a deal to sign the 18-year-old Nigerian without informing his agents. This was then countered by Chelsea claiming that they had first dibs on the youngster having already assisted in his initial move to Europe.

Mikel was even pictured holding a United shirt aloft at an introductory news conference though several months of U-turns, spurious claims of kidnapping and increasingly strained legal wrangling later, it was Chelsea who got their man -- but only after striking a complicated £12m deal with United and Lyn.

What do you think they're smoking over there at Emirates?

By the summer of 2013, Suarez had his heart set on leaving Liverpool in order to test his talents in the Champions League, preferably with Barcelona.

The waters were then muddied by Arsenal who submitted a £40,000,001 bid for Suarez in the mistaken belief that it would trigger the Uruguayan's £40m release clause. It didn't.

However, Suarez threw a minor public tantrum over not being allowed to leave Liverpool, claiming that the club had promised he could go if they failed to secure Champions League football (they had just finished seventh in the league).

In time honoured tradition, Suarez's grievances were assuaged with a massive pay increase and a vow that should he give the Reds one more good season, he'd be allowed to go wherever he wanted the following summer.

Suarez duly obliged, playing out of his skin and scoring 31 goals as Liverpool stormed to a second-placed finish, their title challenge slipping away right at the very end. Their main man departed for Camp Nou in a £75m deal shortly thereafter.

Vieira eventually left Arsenal for Juventus in the summer of 2005 but only after spending several years teasing everyone with a steady slew of quotes both daydreaming about a glamorous move to Italy and his determination to stick with the Gunners.

From roughly 2000 onwards, Vieira made a habit of openly stating his desire to leave only to follow it up with a pledge of allegiance to the Arsenal cause, again and again.

Seeing the likes of Emmanuel Petit and Marc Overmars depart for Barcelona caused the Frenchman to waver, only for him to vow to "stay at Arsenal and grow" in the very same sentence.

It took nine years, most of them hugely successful, but Vieira finally upped sticks and left Highbury in 2005, only to last a single season in Turin before moving onto Inter Milan.

When Willian left Shakhtar Donetsk for Anzhi in January 2013 it looked like his long-touted move to the Premier League would have to wait for at least a couple more years. However, just seven months later the Brazil international was a Chelsea player after a £30m deal was agreed to pluck him from the Russian Premier League.

This came as a shock to Liverpool fans, who had previously heard Willian mention their club by name after it was announced that Anzhi would be flogging their highest earners in an emergency cost-cutting effort.

Manchester United and Tottenham were also said to be interested, but Willian told ESPN Brasil that he was enthused and very hopeful about the thought of joining a "great club" like Liverpool.

Just to further complicate the proceedings, the 25-year-old then underwent a medical at Spurs before Chelsea gazumped their rivals' bid and splurged £31m to purloin the winger from right under their noses.