It's been a wild ride over the past seven years but sadly it looks like Mesut Ozil's time at Arsenal is set to grind to a fairly inglorious conclusion.

The Germany forward was once a staple of the Gunners' attack but has fallen out of favour in dramatic fashion of late, especially since Mikel Arteta was installed as manager.

Having not featured for the first team in over eight months, it barely raised an eyebrow when Ozil found himself excluded from Arsenal's 25-man Europa League squad for the 2020-21 campaign this week.

Just to compound the situation, it's also being reported that he will be left out of Arteta's Premier League squad as and when the final cut is submitted (by Oct. 20 at the latest) as his non-homegrown quota berth is likely to be taken by new €50m signing Thomas Partey.

In short, it looks like the end of Ozil's Arsenal stint will be mired in disappointment and condemnation, but it shouldn't be glossed over that the 31-year-old also brought some good times to the Emirates during his stint.

Something of a coup

Ozil signed for Arsenal from Real Madrid in September 2013 for a fee of £42.4m, with the Gunners smashing their previous transfer record (the £15m they paid for Andrey Arshavin in 2009) by a whopping £27.4m.

Still, the 24-year-old Germany international's signature was seen as a major coup -- the first player to arrive at Arsenal from the Bernabeu since Julio Baptista's loan in 2006-07. 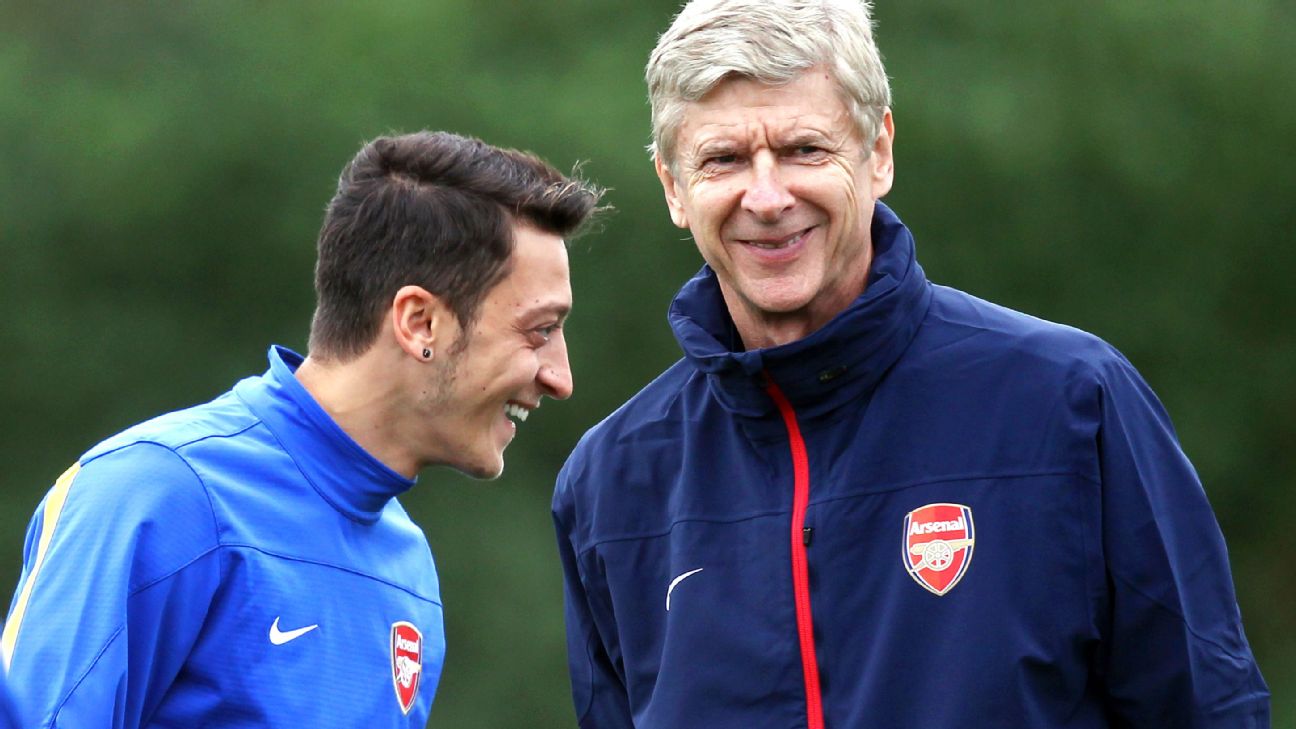 Ozil got his Arsenal career off to a winning start, playing his part in a 3-1 away win over Sunderland.

Indeed, he took just 11 minutes to lay on his first assist by playing in Olivier Giroud for the opening goal with a delicately weighted pass.

Ozil's first goal for Arsenal came against Napoli in the Champions League the very next month, latching onto an Aaron Ramsey cross to guide the ball into the back of the net.

During his first season at the Emirates, Ozil helped bring to an end Arsenal's nine-year wait for a trophy by winning the 2014 FA Cup, beating Hull City in the final at Wembley.

After the culmination of his very first season as an Arsenal player, Ozil kept the success coming when he trundled off to the World Cup in 2014 and returned as a world champion.

Only six players have won a World Cup while playing for Arsenal: Patrick Vieira and Emmanuel Petit in 1998 (France); Cesc Fabregas in 2010 (Spain); and Ozil, Per Mertesacker and Lukas Podolski in 2014 (Germany). 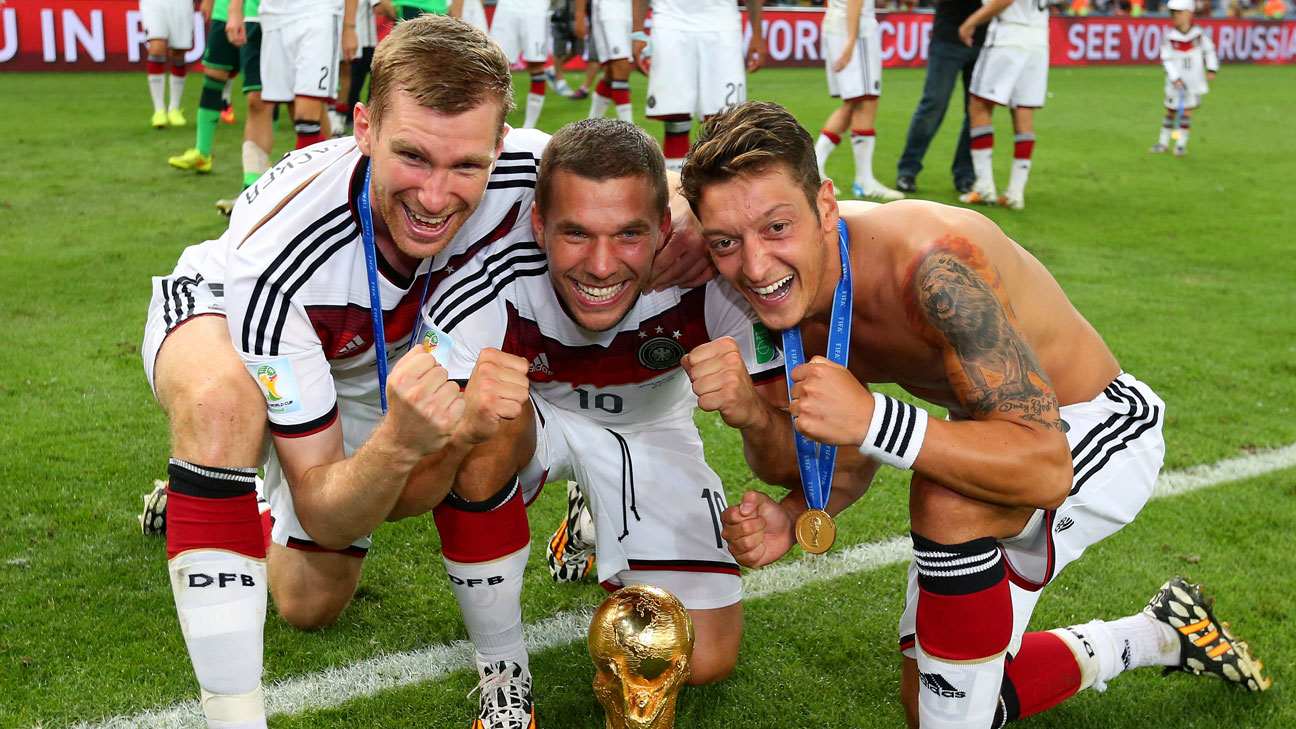 If there is to be one legacy Ozil leaves behind him at the Emirates it's his phenomenal assist contribution, with the German having laid on more goals for his teammates than anybody else in the club's history (77 in 254 games).

Indeed, the playmaker broke several long-standing assist records along the way, including becoming the fastest player to reach 50 Premier League assists (in 141 games) in 2018.

However, Manchester City's Kevin De Bruyne one-upped Ozil the following year when he brought up his half-century of assists in just 123 games.

A goal so sublime that Eric Cantona called it a "pure footballing orgasm."

"It sent shivers down my spine: a lob over the keeper, a swing of the hips and a gentle roll of the ball in the corner of the net. Sometimes football truly is an art," Cantona gushed after witnessing it.

Such was the value of Ozil's contribution that Arsenal decided to renew his contract and make him the highest paid player in their history back in January 2018 with reported wages of £350,000-a-week.

He remained the club's most generously remunerated player until this summer, when Pierre-Emerick Aubameyang's new deal nudged the Gabon striker to the top of the money tree.

The football may have dried up but Ozil managed to win back some favour from Arsenal fans this week when it was revealed he'd offered to pay the full wages of Jerry Quy -- the man inside the Gunnersaurus suit -- after Arsenal announced they'd made their mascot redundant after 27 years with the club as part of cost-cutting measures.

I was so sad that Jerry Quy aka our famous & loyal mascot @officialgunnersaurus and integral part of our club was being made redundant after 27 years. As such, I'm offering to reimburse @Arsenal with the full salary of our big green guy as long as I will be an Arsenal player so Jerry can continue his job that he loves so much. ❤️🙏🏼#JusticeForGunnersaurus #M1Ö #YaGunnersYa

Arsenal announced in August that they were making 55 non-playing staff redundant as the club reacts to the financial impact of the coronavirus pandemic while the first-team squad were asked to take a 12.5% pay cut, which dropped to 7.5% after qualifying for this season's Europa League.

Ozil is the club's highest earner on £350,000-a-week but, while he refused to join his teammates in taking a salary reduction, he has now offered to cover the cost of reinstating Quy until his contract expires next summer.

It's difficult to pinpoint precisely when and where the rot set in with Ozil, but his botched penalty against Bayern Munich in the Champions League in 2014 certainly offers some insight.

Arsenal lost 2-0 as Ozil missed a first-half penalty and faded badly thereafter, the forward even publicly apologising for his performance in the aftermath.

According to Arsene Wenger, the miss left Ozil bereft of confidence and "just shaking his head for 10 minutes" in the dressing room, with the resulting hangover leading to the German being dropped for the next two matches. 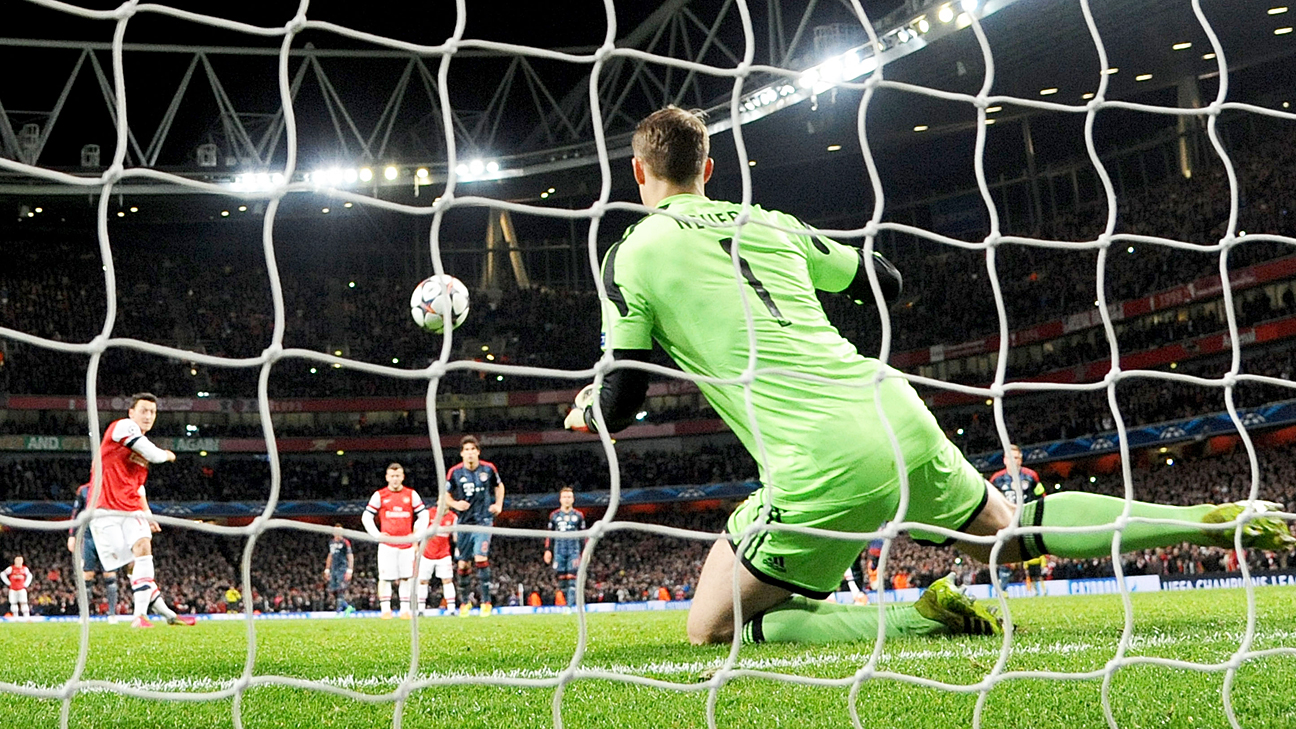 With the general perception being that he doesn't work hard enough when things get tough, Ozil has come in for relentless criticism from all quarters during his Arsenal tenure.

Fans have voiced opinion en masse but it's a different story altogether when those haranguing you are bona fide club legends.

Indeed, ex-Gunner Paul Merson was so perturbed that he branded Ozil "one of the worst players in the world without the ball," while Emmanuel Petit weighed in to lambaste his "defeatist attitude."

Ozil retired from international football after the 2018 World Cup after coming in for heavy criticism as defending champions Germany suffered their earliest tournament exit since 1938.

Die Mannschaft plummeted out in the group stage amid a wave of scorn, as Ozil attracted a lot of criticism in his native land for both his sub-par performances and his decision to meet and greet controversial Turkey president Recep Tayyip Erdogan just before the tournament.

After bowing out with a risible 2-0 defeat against South Korea, Ozil announced that he no longer wished to be selected for international duty, saying that "racism and disrespect" over his Turkish heritage directed towards himself and his family were major factors behind his decision.

Having to leave the World Cup already after the group stage hurts so much. We just weren't good enough. I'll need some time to get over it. #SayNoToRacism #Worldcup #Russia2018 #M1Ö pic.twitter.com/mFOOhYQZen

With things already starting to get patchy on the pitch, Ozil was subjected to a truly dreadful ordeal off the field when he and teammate Sead Kolasinac were mugged on a London street in July 2019.

The two players were ambushed in their car just metres from Kolasinac's home as thieves attempted to steal their luxury watches, though the Bosnia & Herzegovina defender was able to fight the criminals off.

Though understandably shaken, neither player was hurt and the armed mugger responsible was later jailed for 10 years.

Left out in the cold 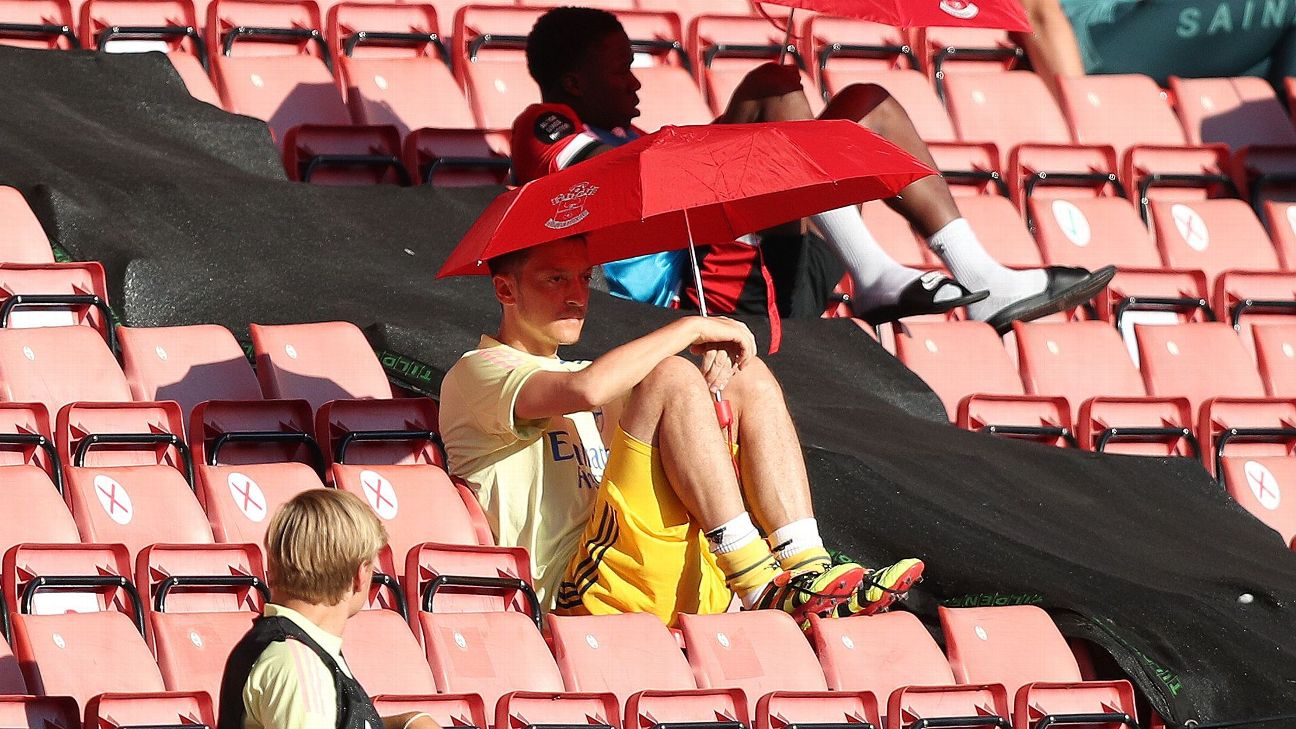 As things stand, Ozil hasn't played for Arsenal since March 7. He hasn't featured at all since the restart and, if reports are to be believed, that doesn't look like changing.

Premier League rules dictate that clubs can have no more than 17 non-homegrown players in their 25-man squad, and Arsenal have 19. With Partey arriving on deadline day, Ozil's chances of making Arteta's final cut look even more remote.

The German's contract expires next summer and therefore he will be free to discuss terms with foreign clubs come January, with talk of a move to Fenerbahce gathering pace. It's a long, long time to sit around doing nothing, but Ozil must be used to that by now.