If you are looking for the best new soccer kits for 2020-21, forget the Premier League, or even the UEFA Champions League -- Mexico's Liga MX has some of the best shirts you'll find anywhere this season with these special edition jerseys to commemorate the Day of the Dead.

The result is five shirts that truly capture the spirit of the Day of the Dead and are uniquely Mexican, but also stand up as great jerseys in their own right. 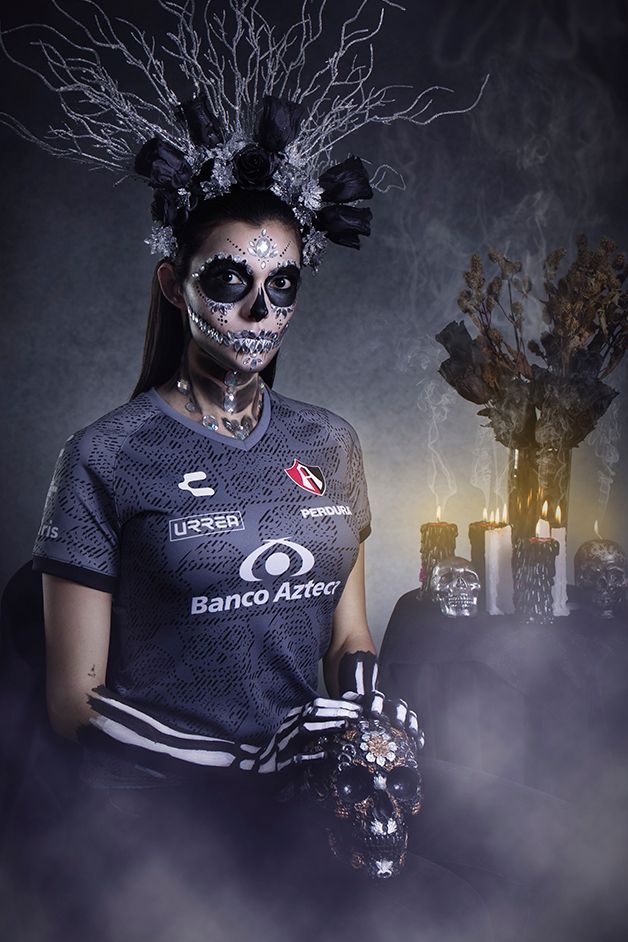 The grey shirt, which Charly says is "inspired by the sweet ending that the calaverita de azucar [sugar skull, often eaten during the festivities] brings us," might just be the pick of the bunch, but the first jersey of the series to be unveiled didn't get an altogether positive reaction on social media.

Guadalajara-based Atlas are outside of the playoff spots, haven't won a league title since 1951 and had just lost the city's Clasico Tapatio to Chivas when the shirt was revealed on Twitter.

Fans of rival clubs were quick to cruelly ask whether a Day of the Dead shirt should be worn by "a team that is dead."

- Order Atlas' Day of the Dead jersey from Charly 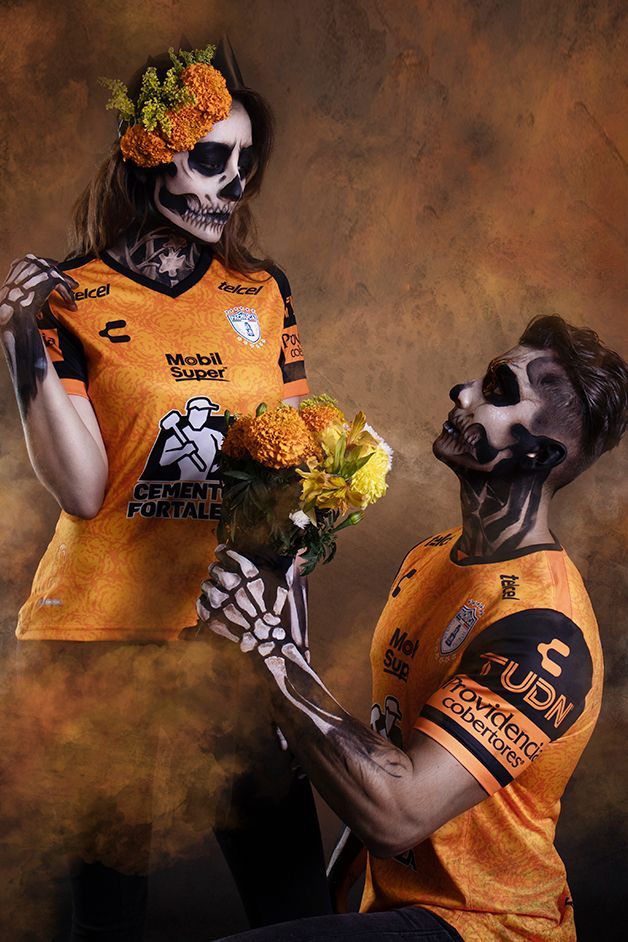 Los Tuzos' shirt pays homage to "la flor de cempasuchil" (marigold), which can be seen inside cemeteries and around altars all over Mexico and beyond.

It's said that the bright orange-yellow colour guides the deceased person to the altar -- which usually has the person's favourite food, drink or music -- due to its scent and sunlike radiance.

On the pitch, Pachuca players certainly won't have the excuse of not being able to pick out their teammates.

- Order Pachuca's Day of the Dead jersey from Charly 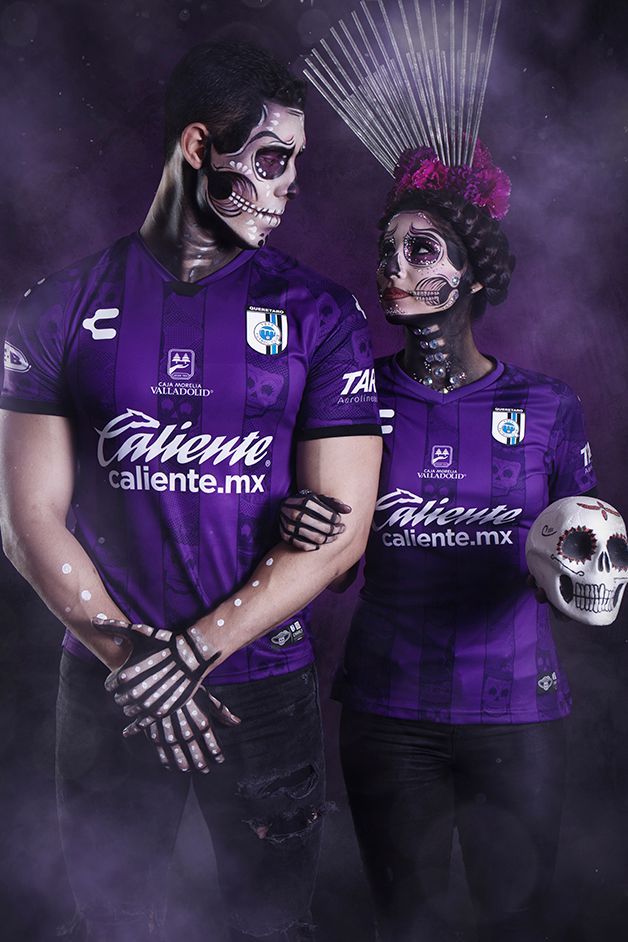 "I will support you here and in the next life!" reads the blurb for the purple Queretaro shirt. "Our passion goes into the beyond."

The shirt has feminine skulls down the stripes, influenced by La Dama de la Muerte (Lady Death) or La Catrina, whose painted face has become perhaps the most recognisable symbol of the Day of the Dead internationally.

- Order Queretaro's Day of the Dead jersey from Charly 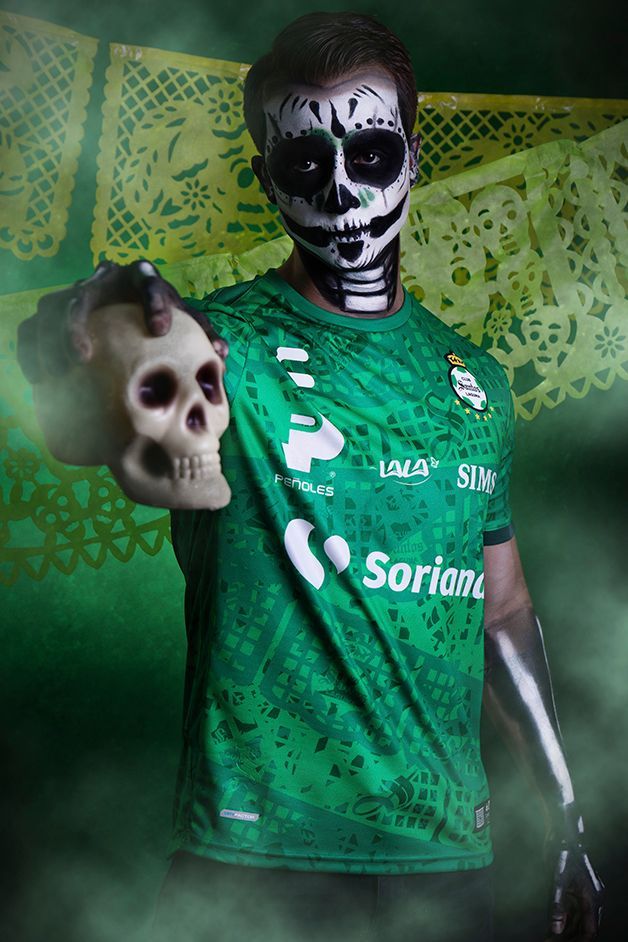 The intricate patterns are based on the delicate paper designs, usually of skulls, used to adorn altars that families put up in houses to honour deceased family members.

"The green-and-white should be defended like a warrior, even after death," reads the description for Los Guerreros' green shirt.

- Order Santos Laguna's Day of the Dead jersey from Charly 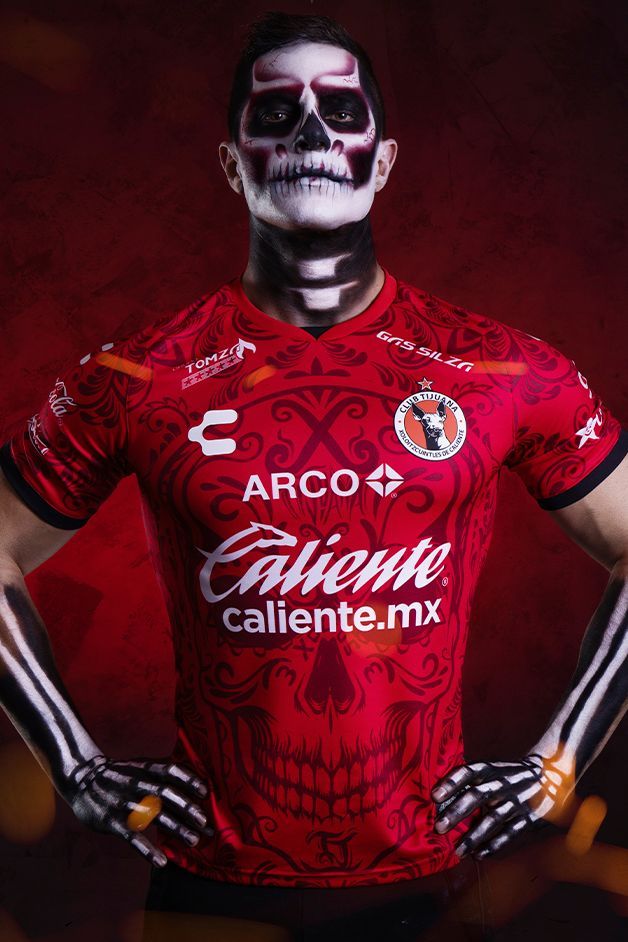 The red jersey of Tijuana -- whose nickname is "Los Xoloitzcuintles" (Mexican hairless dogs) -- is inspired by Xolotl, an Aztec god often depicted as a dog-headed man who acts as a soul-guide for the dead.

- Order Tijuana's Day of the Dead jersey from Charly