The 2019-20 French football season is over after French Prime Minister Edouard Philippe announced that no sporting events will take place until at least September.

Speaking while unveiling France's plans to exit confinement, Philippe confirmed that all sport must remain prohibited in the coming months.

- Stream new episodes of ESPN FC Monday-Friday on ESPN+
- Stream every episode of 30 for 30: Soccer Stories on ESPN+
- Where Europe's top leagues stand on finishing 2019-20 season

The decision ends Ligue 1 and Ligue 2's hopes of returning to training in May for a mid-June restart and puts further pressure on UEFA regarding the Champions League, with Paris Saint-Germain in the quarterfinals and Lyon leading Juventus in their round-of-16 tie. UEFA had planned to play the Champions League to a finish in August but this is becoming increasingly doubtful.

Le Graet also ruled out the scenario of starting the 2020-21 season in January or February.

The Professional Football League (LFP) and French Football Federation (FFF) will now have to decide how to deal with the question of promotion, relegation and European qualification concerning the top three tiers of French football, as well as the potential restart of football in September.

Last week, RMC Sport reported that the LFP was considering three options: taking the table at the halfway point, after 27 rounds or as it stands now on points per game [effectively the table as it stands].

PSG, 12 points clear at the top of the table with a game in hand, also face an anxious wait to discover if they will be crowned champions. The club have said they are willing to play abroad in order to complete the Champions League season.

"Of course, we respect the French government decision -- we plan on competing in the Champions League with UEFA agreement -- wherever and whenever it is held," club chairman and CEO Nasser Al-Khelaifi said in a statement.

"If it is not possible to play in France we will play our matches abroad subject to the best conditions for our players and the safety of all our staff."

Toulouse president Olivier Sadran has welcomed the news with his side bottom of the league and 17 points adrift of safety with 10 matches left to play.

"For me, football wins by not continuing," he told L'Equipe. "The politicians have made the right decision. The thing that drove everybody to get back underway was the economic argument.

"Despite what some say, the agreement with Canal+ and beIN Sports is of good quality. From my point of view, this has stabilised." 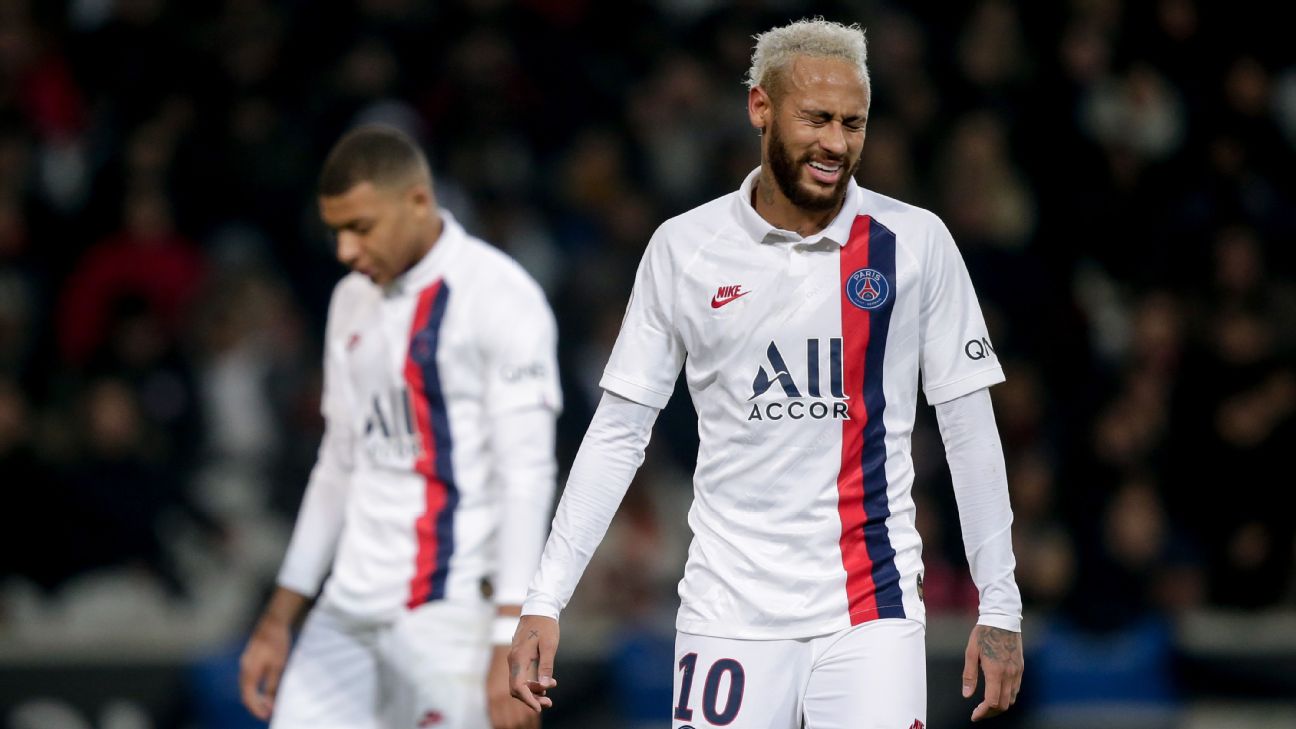 Lyon will be crowned champions of the women's league for the 14th consecutive time if the FFF decide that there should be winners for the 2019-20 campaign.

The Coupe de France will also be rescheduled.

Sambia was placed into an artificial coma after initially testing negative but his agent Frederic Guerra has since said the player has started to breathe without aid.

La Liga president Javier Tebas criticised the decision not to play the remainder of the French seasons behind closed doors.

"I do not understand why there would be more danger in playing football behind closed doors, with all precautionary measures, than working on an assembly line, being on a fishing boat on the high seas, etc," he said.

"If important economic sectors cannot restart, in a safe and controlled manner, they could end up disappearing. That could happen to professional football. In other countries teams are already training, that's the example to follow.

"In Spain, football is an important economic driver that we need to reactivate like many others. We continue to focus on this reactivation, in a responsible manner and adhering to health recommendations, as soon as possible."