Liverpool manager Jurgen Klopp said that his team's shocking 3-0 loss to relegation-threatened Watford on Saturday will relieve pressure from his players to play "free football again."

Liverpool's first league defeat of the season in their 28th match meant the end of their hopes of going the whole league campaign unbeaten, emulating Arsenal's feat of 2003-04 and Preston North End's in 1888-89.

"Tonight we were not good enough. It's not now a plus for me that we look back years later and think Liverpool nearly did it. That's not my main concern. You can't change it," Klopp said after the match.

Saturday's loss at Vicarage Road also concluded Liverpool's run of 44 league matches without defeat stretching back to January 2019 and came on the day they were expected to surpass champions Manchester City by creating a new English top-flight record of 19 successive league victories.

But the German gaffer remained steadfast in seeing the bright side of a loss that could saw Ismaila Sarr inspire the extraordinary upset with two goals in six second-half minutes before setting up captain Troy Deeney with Watford's third. 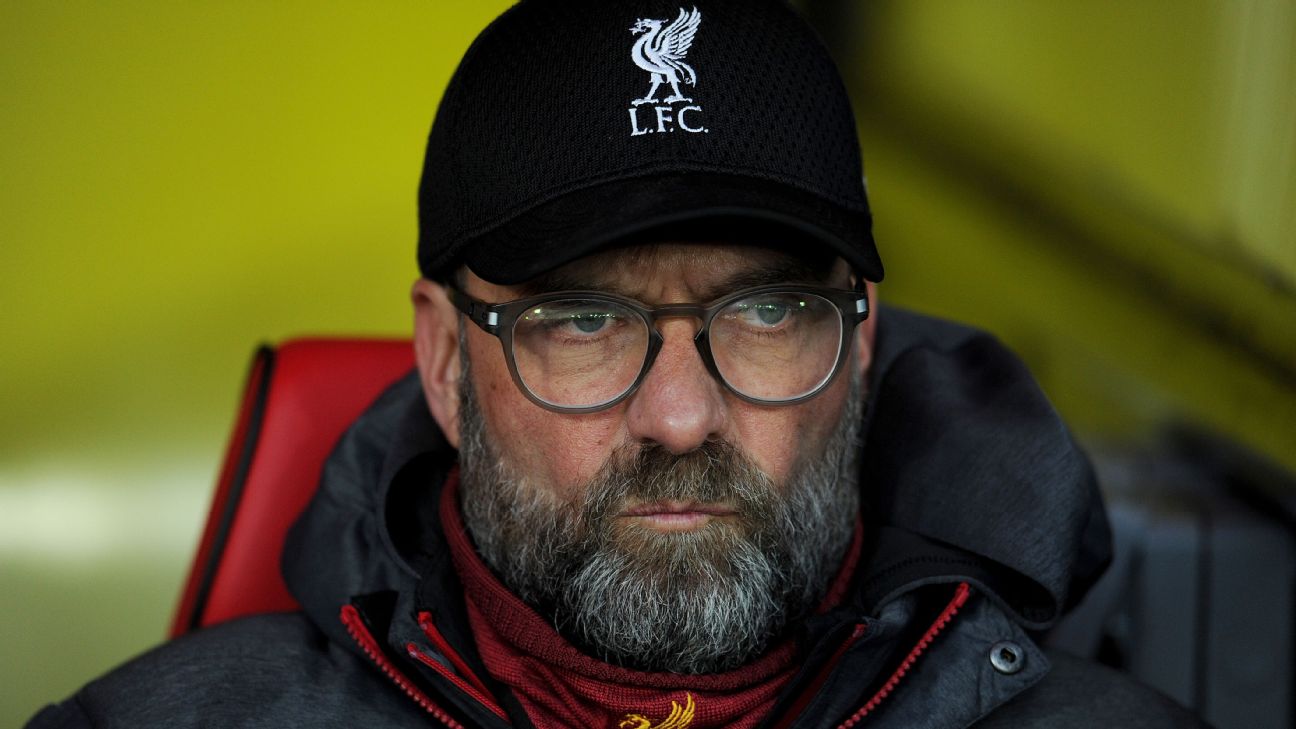 "We were going to lose a game at some time, and we didn't wait for it but it was clear it would happen," Klopp said. "Tonight it happened and I see it rather positive that we got close to these records.

Meanwhile, Watford manager Nigel Pearson said he isn't getting carried away with the win and will only briefly relish it.

"It is very satisfying and it is good to get reward for everybody's work," Pearson said afterward. "My job is to steer the ship and try to keep some perspective in terms of where we are.

"It is a very satisfying and fantastic win, but with 10 games left we have got an awful lot of work to do."

One fanbase did take a collective sigh of relief with Watford's win -- and that was Arsenal's, who beloved "Invincibles" remain the sole English unbeaten side in modern times.

Liverpool remain in commanding lead to claim their first league title in 30 years, and are still in contention in the FA Cup tournament and Champions League.

Nonetheless, Liverpool defender Virgil van Dijk lamented his side's mistakes on Saturday, although the Dutchman didn't want to take anything from their opponent's win.

"They deserved it if you look at the game, the chances they created. They stuck to their plan and obviously scored three goals," Van Dijk said.

"I don't think we created too many big opportunities. So we shouldn't take the credit away from Watford. Obviously we want to look at ourselves with most of the things and we have to. We have to improve again. It's a tough one to take, but it's football as well."

Van Dijk added that the remarkable records were not on the minds of the players.

"Losing hurts. The records are only for the media, we didn't even mention it once," he said. "We keep going, we want to win the next game ahead of us, that's the FA Cup, and then we have Bournemouth at home. We want to strike back, we want to show what we've been doing the whole season. That's the only way forward."

Reuters contributed to this report.