Manchester United manager Ole Gunnar Solskjaer said that he plans to strengthen his squad ahead of next season following a 2-1 defeat to Sevilla in the Europa League semifinals in Cologne on Sunday.

Having already fallen twice at the semifinals stage in cup competitions this season, United were looking to go one better by reaching Friday's Europa League final.

And they looked to be on course to do just that after Bruno Fernandes converted their 22nd penalty of the season in the ninth minute in the RheinEnergieStadion.

"I cannot say when or if transfers are going to be done, but we are looking at it," Solskjaer said. "It is a quick turnaround [until the start of the new season]. We just have to be 100% sure when we do those deals.

"The players worked so hard, showed the right mentality, but we need to strengthen the squad depth, of course. It will be a long season." 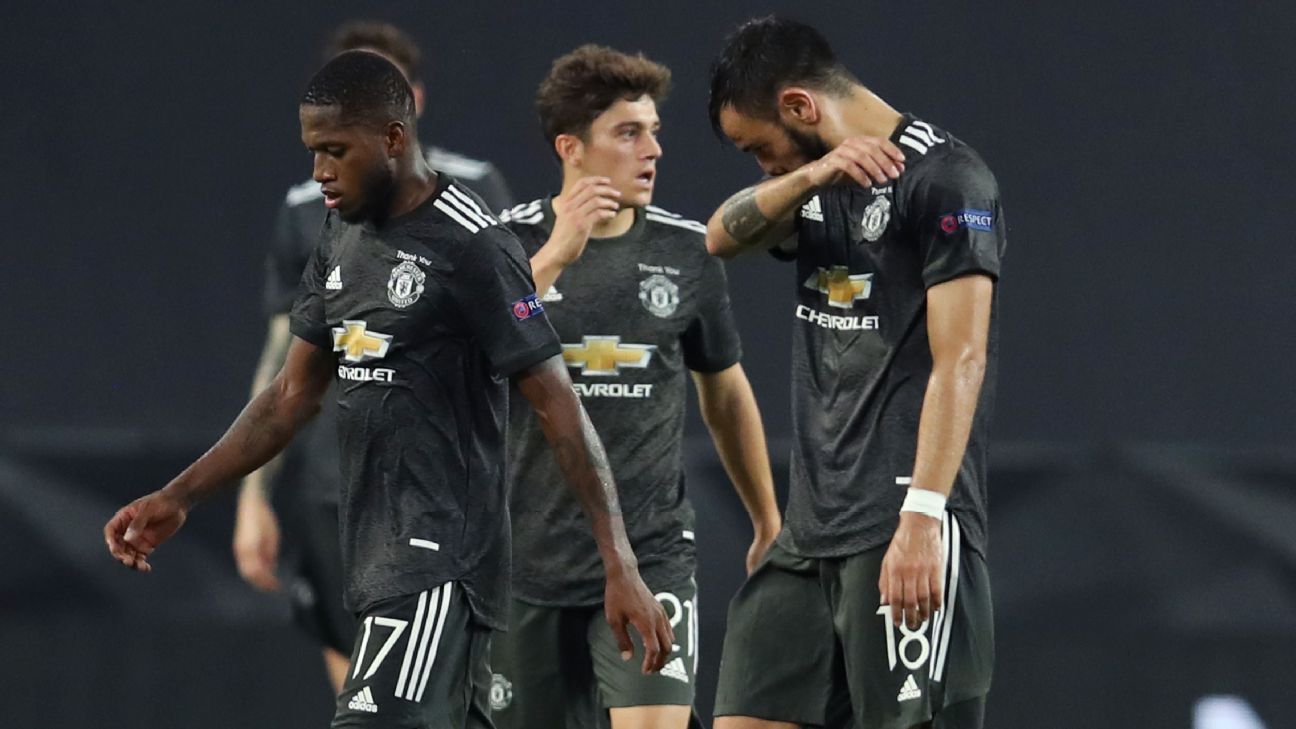 Missed chances cost United against Sevilla, whose goalkeeper Bono was in inspired form. Over the course of United's quarterfinal against FC Copenhagen and their semifinal on Sunday they had 46 shots but managed just two goals -- both penalties.

"The keeper's had a fantastic game," Solskjaer added. "Of course it's disappointing that we don't score. We know we have players who have the quality to score, but that's the game.

"When you don't take your chances, it's going to be hard."

Sevilla have reached their sixth UEFA Cup/Europa League final -- at least twice more than any other side in the history of the competition -- with the victory over United taking them to 20 games unbeaten in all competitions.

"This is the best Manchester United of the last few years and the form team in England, so it is normal that we had to suffer," said Sevilla boss Julen Lopetegui.

"This was a team effort. If you beat a team like United in a semifinal, you have to do it as a unit. That's what we did tonight. I'm really proud of my team.

"We are very excited for the final, but it will be the hardest game yet and we have to prepare."