RALEIGH, N.C. -- Kay Yow could get a huge amount of joy out of the smallest things. So imagine how big her smile would be at the sight of the remodeled Reynolds Coliseum, where she spent 34 seasons coaching at NC State.

Imagine also how pleased she would be watching the team that plays there now. The 15th-ranked Wolfpack, under the direction of coach Wes Moore, are 19-6 overall and 9-3 in the ACC. They are 13-1 at their sparkling new/old home.

As women's basketball remembers Yow and raises funds for cancer research with Play4Kay games nationwide, it's important to recognize that NC State is the epicenter. 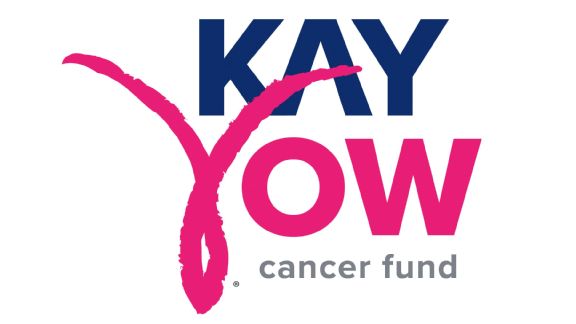 The Kay Yow Cancer Fund was founded in December 2007. In partnership with the WBCA and The V Foundation, the Kay Yow Cancer Fund is a 501 (c)(3) charitable organization committed to finding an answer in the fight against women's cancers through raising money for scientific research and related programs.

Since its inception in 2007, the Play4Kay initiative has helped provide $5.28 million to support women's cancer research and serve the underserved.

For more information or to donate to the Kay Yow Cancer Fund, visit www.KayYow.com.

It was 10 years ago that great and beloved coach Yow and the Wolfpack had a magical season. Starting in late January 2007, the Wolfpack won 12 of 15 games, including victories over the likes of Duke (which was No. 1 and undefeated at the time), North Carolina (which was No. 2) and Baylor (which had won the NCAA title two years earlier).

NC State beat the Lady Bears 78-72 in overtime in an NCAA tournament second-round game in what was then called the RBC Center (now PNC Arena) in Raleigh. The Wolfpack then fell to UConn in the Sweet 16 in Fresno, California. But the lasting image of that season is indelible: Yow, looking so thrilled to be moving on in the NCAA tournament, and her team, looking so proud to have done that for her.

Yow's health had been problematic throughout that season; she collapsed during one practice in February 2007 and had to be taken by ambulance to the hospital. That was the day before the Wolfpack faced rival North Carolina, a team they'd lost to about three weeks earlier.

The NC State players were shaken and worried about Yow, but with her on the sideline the next night, their 72-65 victory over UNC at Reynolds on Feb. 16, 2007, was one of the most powerfully emotional achievements in a season marked by emotion.

Yow dealt with chronic pain and discomfort, from both cancer and the medicine used to battle it. That caused her appetite to wane and made it difficult for her to eat. Yet she kept her struggles to herself as much as she could, determined to make the most of her time with her team.

Moore watched all this from afar. He had been an assistant to Yow for two seasons in 1993-95. Like the rest of Yow's peers, Moore adored her.

He'd gotten the opportunity to work for her basically by chance. When he was coach at Maryville College in Tennessee, he was scouting potential recruits at a summer event but was torn about whom to go watch. He opted for a gym that just happened to be where Yow was. They started talking and hit it off, and Yow told him she had an assistant's job opening if he were interested.

"Sometimes I think, 'What if I'd gone into a different gym?'" said Moore, who, after his stay at NC State, moved back to the head-coaching ranks, first at Francis Marion, then at Chattanooga, where he made nine NCAA tournament appearances in 15 seasons.

Especially during Play4Kay, Moore reflects on memories about Yow, who died in January 2009. He took over the Wolfpack in 2013-14, replacing Kellie Harper. That season, a motivated group of seniors led NC State to the 2014 NCAA tournament, which is where this season's seniors want to return.

"You could feel that sense of urgency, that hunger to do something," said NC State's Ashley Williams, who was a freshman then. "Playing with them and seeing that -- and how much it meant to them -- helped get it out of us. They really just taught us how to win. Unfortunately, the last two years didn't end well, but I felt we were building."

Mechelle Voepel covered NC State's 2006-07 season and Kay Yow's passing in 2009. Here is a flashback to a few of our stories:

Remembering Kay Yow
Kay Yow's fight for women's sports and raising funds for cancer research became as great a part of her legacy as coaching. Jan. 24, 2009

Carrying on Yow's fight against cancer
The measure of the Kay Yow Cancer Fund will be its growth and longevity, without Kay Yow to promote it. Sept. 7, 2009

NC State keeps season alive
NC State's ability to keep the season going for coach Kay Yow? Call it a miracle -- just like these past two months have been for the Wolfpack. March 21, 2007

If only both teams could win

With NC State playing its guts out for Kay Yow and Baylor's own tear-jerker stories, this is one of those games you wish nobody had to lose. March 19, 2007

Fellow guard Miah Spencer added, "All four of us seniors are very experienced, and we tell everybody, 'We could do something big this year.' We just have to stay together as a team and listen to Coach Moore. I just try to be positive every day, and being back in Reynolds helps. It is amazing."

Reynolds opened as a multipurpose facility in 1949. One of its quirky charms was its oblong shape, which meant there was a huge amount of seats at both ends. It was an arena of historic significance, but it had become a dated relic. The men's basketball team no longer played there, and there wasn't a lot about it that appealed to women's basketball recruits.

Now there is: A $35 million renovation essentially cut off one end to make a Walk of Fame and office space, with a glass wall and open pavilion to look out on the court. It was an ingenious way to turn the arena into a more intimate, brighter, more modern facility, without losing the essence of the building's character.

Williams is from Cary, North Carolina, and has been a Wolfpack fan essentially since birth, as both her parents are NC State graduates. She recalls going to Wolfpack games in all sports from the time she was very young, and Reynolds has a special place in her heart.

"I was excited about the renovation," she said, "but at the same time, there was the thought that something cool about Reynolds is the historic feel to it. So I was a little worried about that changing.

"But they did an awesome job. You see the old gym floor reused in places, which is a great, and the renovation itself is beautiful. My favorite spot is that overlook, where you can look out on the court. I'm so happy I got one year to play in it."

Eyes on the Big Dance

Last season, the Wolfpack played their home games at Broughton High School's Holliday Gymnasium in Raleigh during the construction at Reynolds. It was a nice facility and very large for a prep gym, holding up to 3,000 fans. The Wolfpack made the best of it but were left out of the NCAA tournament field at 20-11 overall and 10-6 in the ACC.

"We were really disappointed, but we realized we didn't have enough quality wins," Moore said.

That shouldn't be an issue this season. NC State has already defeated three teams that were in the top 10 when the met: Notre Dame, Florida State and Louisville. The Wolfpack also have a victory over then-No. 12 Duke. They'll face Boston College on Thursday, then host a Play4Kay game Sunday against Wake Forest (ESPNU, 2 p.m. ET).

NC State's last two regular-season games will be at home against North Carolina on Feb. 23 and at Virginia on Feb. 26. The Wolfpack are in the mix to be among the top four seeds in the ACC tournament and get a bye into the quarterfinals.

Redshirt senior Dominique Wilson leads the Wolfpack in scoring at 12.2 PPG. She and fellow seniors Spencer (11.9), Jennifer Mathurin (9.4) and Williams (8.0) make up the starting lineup with junior Chelsea Nelson (11.2). The 6-foot-2 Nelson is the Wolfpack's top rebounder (6.3 RPG).

"Those seniors are like a security blanket. I hate to take them off the court," Moore said. "And Chelsea, she's been a godsend for us. She's been a big factor inside. I love that kid. She plays so hard. You know that she's giving you every ounce of effort that she has."

Those were often the prototype players for Yow too. That's a part of the NC State culture and tradition that Moore -- who had so much success at a mid-major program -- was perfectly suited to continue.

"We're not a team that has eight [high-school] All-Americans," he said. "We have to work for everything. Most of the time, they buy into what we're trying to do. I'm hard on them sometimes, but I think they have a little chip on their shoulder from last year and are a little bit hungry."